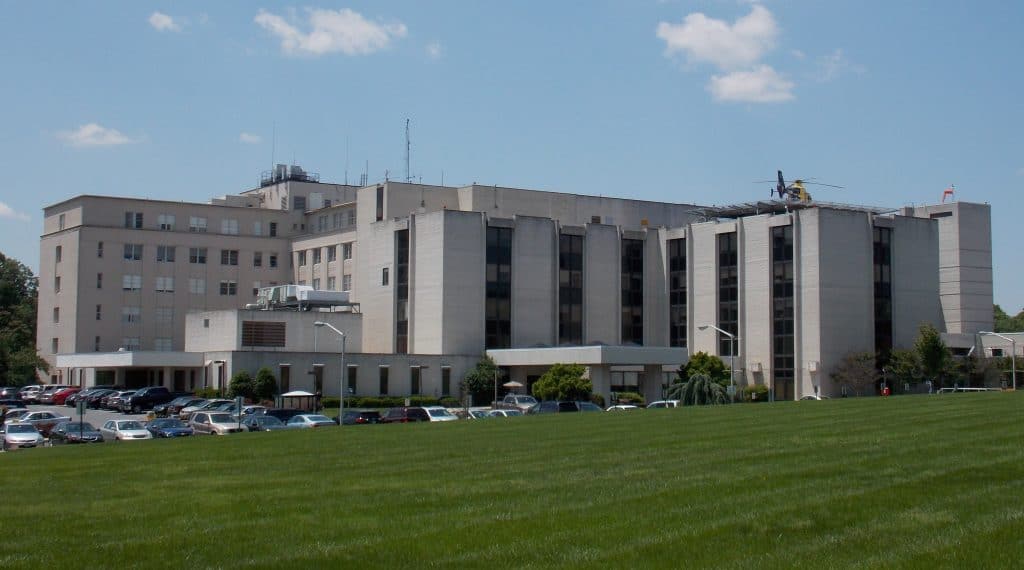 While the city is not thrilled to see Washington Adventist Hospital close, it does represent a “once in a lifetime” opportunity, according to Takoma Park Mayor Kate Stewart.

The hospital, which she said has been part of the community for about 100 years, will close Sunday, Aug. 25.

Any patients who haven’t been discharged will be taken by ambulance to the new White Oak Medical Center at 12100 Plum Orchard Dr. in Silver Spring. Hospital staff has been working with a consultant and rehearsing the move, according to an FAQ from operator Adventist HealthCare.

In addition, the hospital’s Emergency Department at 7600 Carroll Ave. will close at 7 a.m. Sunday.

In its place, Adventist HealthCare will open an urgent care center at 7 a.m. Monday, Aug. 26.

“That actually was something that [the Maryland Health Care Commission] stipulated for the hospital to move,” Stewart said. “They had to open an urgent care facility 24/7. They did not specify where it needed to be.

“Under the [MHCC] certificate of need, the urgent care doesn’t have to be on the campus, but nearby, and we’re not sure what that means,” Stewart continued. “In the future, whatever is done on the campus, if they decided to move it a block or so, I think it would still meet the requirement.”

In response to a Source question about the long-term plans for the urgent care center, an Adventist HealthCare representative emailed, “Our focus right now is on opening the 24/7 Urgent Care center in the former Washington Adventist Hospital Emergency Department first thing on Monday, Aug. 26 (7 a.m.), so we can continue to serve our community.”

In the meantime, some services still will be available on the Takoma Park campus, the company said. Those include radiation oncology, cardiac rehabilitation, Adventist Medical Group physician offices and some administrative support services, which are expected to move to the White Oak location in the spring of 2020.

In addition, the inpatient rehabilitation center in the current building will remain until new facilities are completed in White Oak, which is planned for next summer.

“From the perspective of the city, we feel it’s unfortunate the hospital had to move, but we also want to look to the future and look at this opportunity where you have a campus of this size inside the Beltway, this much land, happens once in a lifetime,” said Stewart.

According to the email from the Adventist HealthCare representative, “We are working with Washington Adventist University who is interested in purchasing the Takoma Park property.”

“This is something that if other partners come to the table, if all the entities—and I include the city, Washington Adventist University, Adventist Healthcare, the county and even the state representatives—come together and really think about what could go on this campus, there’s huge education needs, healthcare needs, [and] housing needs in this region,” Stewart said.

The campus, which as about 20 acres, is currently zoned R-60 for single-family housing, and the hospital has operated under a conditional use permit, according to a city question-and-answer documenton the move.

Under the current zoning, another conditional use permit could be issued for uses such as:

An entity that purchases the property could request a zoning change—an extensive and expensive process—from the county.

However, “it is unlikely that the City or County would support the change to commercial use, since that scenario has not been anticipated or planned for in the Master Plan or in City resolutions,” the city’s Q&A said.

“While we’re not happy to lose the hospital that’s been part of our community for 100 years,” Stewart said, “now’s the time to really be thinking about where are the opportunities to meet the needs of the community?”

Photo of Washington Adventist Hospital from Wikimedia Commons by Farragutful, published under a Creative Commons license.