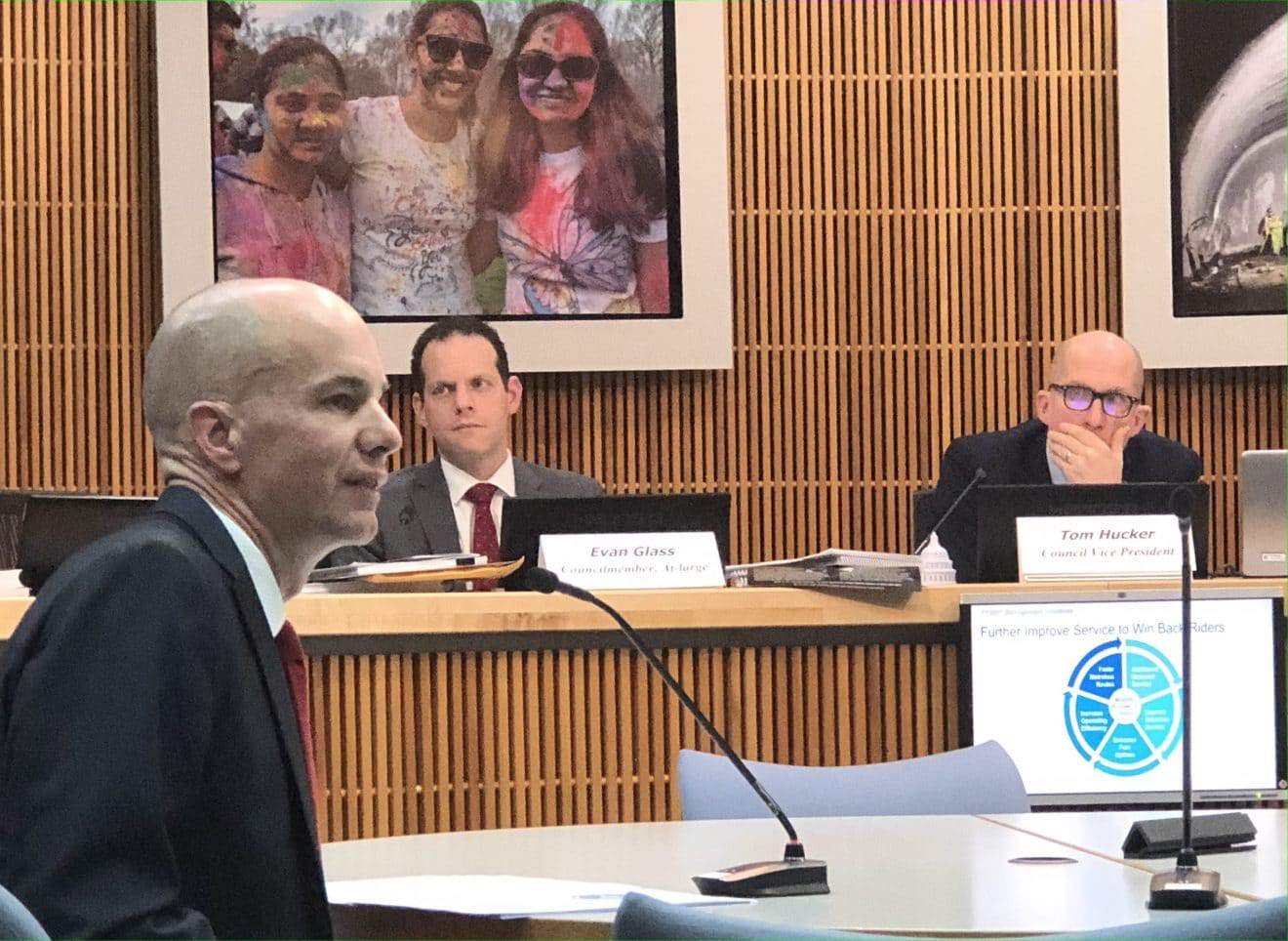 Several Metrobus routes in Maryland are scheduled to be eliminated altogether, including at least three routes– the Z2, Z8 and Z11 – that run north from Silver Spring along the US-29 corridor. The cuts are part of a proposed operating budget that would reduce subsidies for Montgomery County routes by over $3.5 million.

“We are at risk of literally stranding some of our residents if we cut or eliminate some of these bus routes,” said council member Evan Glass (D-At-Large), who penned a letter to WMATA chairman Paul Smedberg last month urging enhancements to Metrobus service in the county rather than cuts.

Many of Montgomery County’s representatives in the Maryland General Assembly signed on to Glass’s letter, as did the entire council—including committee chair Tom Hucker (D-5th District), who represents the eastern portion of the county where many of the routes on the chopping block run.

“The Montgomery County Council has set ambitious goals to reduce our carbon pollution, to reduce our traffic congestion, to drive our economic development and to address racial inequities,” Hucker said in his opening statement Monday. “And these proposed cuts directly undercut our ability to reach each of those four goals.”

In addition to the full route eliminations, WMATA’s proposal curtails late-night and early-morning trips on routes throughout the county, something Maryland Transit Opportunities Commission chair Ben Ross said would “destroy” routes due to a lack of rider trust.

“If the bus runs all day, you know it’s there and you can use it,” Ross said. “If you need a car to get where you’re going some of the day, you wind up needing the car all day.”

WMATA relies on subsidies from Maryland, Virginia, and the District of Columbia for nearly 60% of its operating budget, according to a presentation from government relations officer Charlie Scott.

It is also mandated by law to keep annual subsidy growth under 3%, something that Ross attributed to “a political situation in Virginia that doesn’t exist anymore.”

“Virginia Republicans insisted on (the growth cap) as their price for Metro dedicated funding,” Ross said, referring to the $500 million annual package for capital improvements that Maryland, Virginia and the District agreed to in 2018.

“The revenue from fares is…dwarfed by the subsidies that Metro gets,” Milzman said. “Metro is already funded by the public, so it should be available to…entire public, not just those who can afford it.”

WMATA’s board of directors has extended the period of public comment until March 9 and will make a final decision on the budget, which would go into effect July 1, in April.