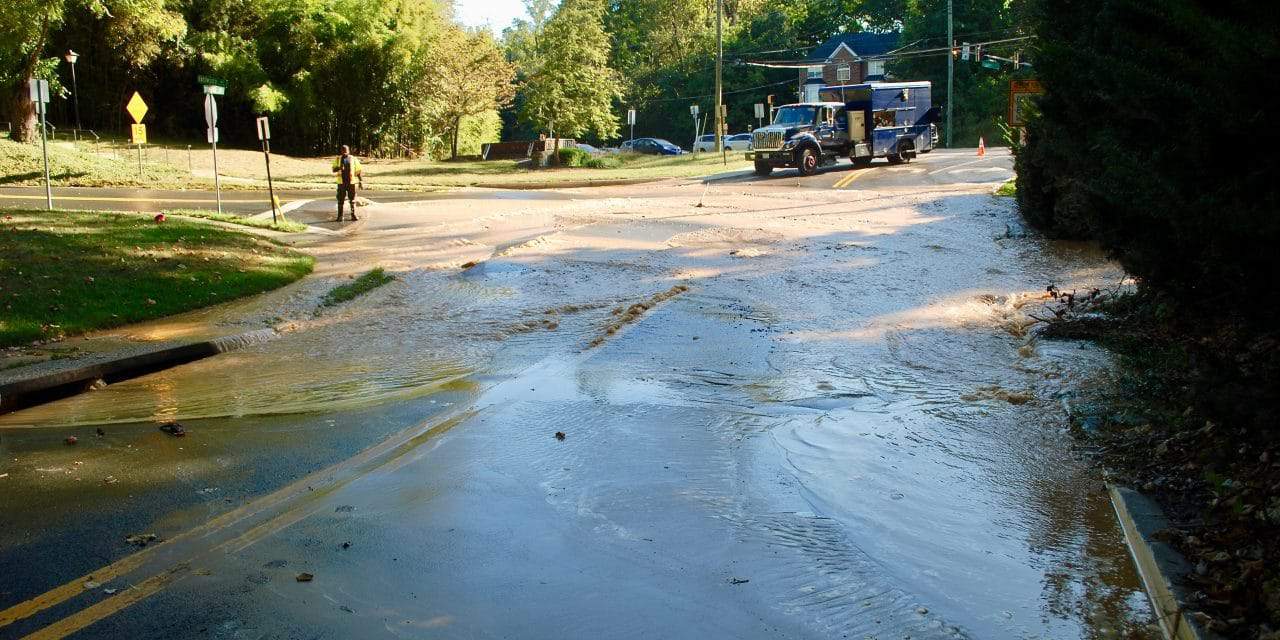 An eight-inch water main has broken in the Northwood Park neighborhood of Four Corners, disrupting water service and closing down two roads.

The break occurred at about 9 a.m. this morning, according to Luis Maya, senior public communications specialist for WSSC, around 100 Southwood Ave. near Eastwood Avenue.

Water was flowing down both sides of Eastwood, which has buckled between Mountain Quail Road and Southwood, and bubbling up through the middle of Southwood.

There’s a sinkhole on Eastwood as well, and Southwood also is buckled in several locations.

Eastwood is closed at Mountain Quail, and Southwood is blocked at Colesville Road and at Sutherland Drive.

“It’s very early in the repair,” Maya said. “We don’t have an estimate [for time of repair]. We need to first dig and find out what the damage is before we know exactly how long it’s going to take.

“Typically, it’s about four to six hours’ repair time from the time we shut the water down,” he said. “That all depends on the type of damage we find once we get down to the pipe.

“There is damage to the road,” he continued, “and that will be repaired once we finish with the water main as well.”

He noted that discoloration of the water in homes is typical in cases of a water main break, but that there’s nothing wrong with the water. Once the break is repaired and service is restored, WSSC recommends flushing the cold water lines in the home.

Customers can sign up for the WSSC’s customer notification system to stay abreast of developments, Maya said.

Top photo, Southwood Avenue looking towards Colesville Road. All photos by Mike Diegel (click on images below to enlarge). 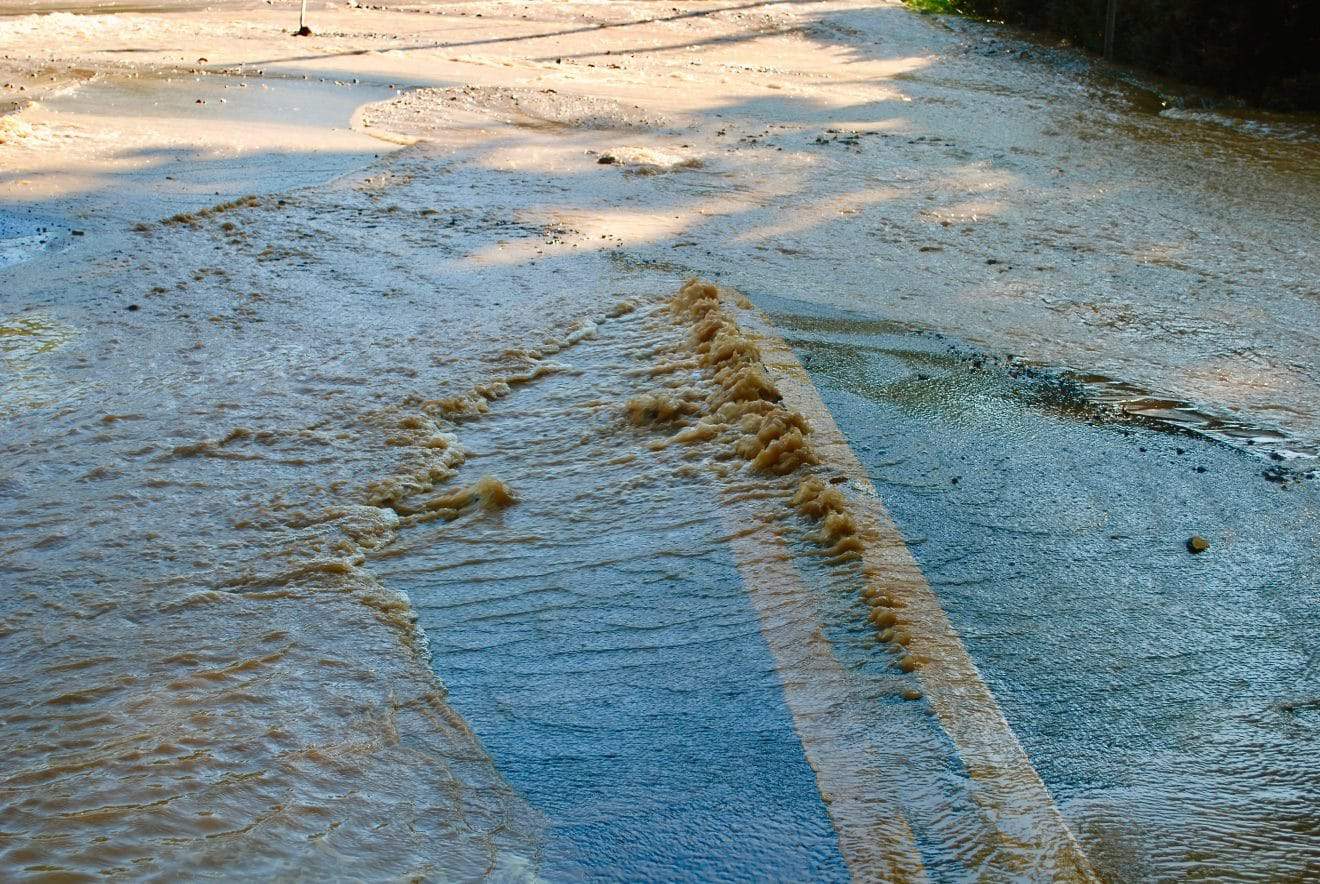 Water coming up in the middle of Southwood Avenue. 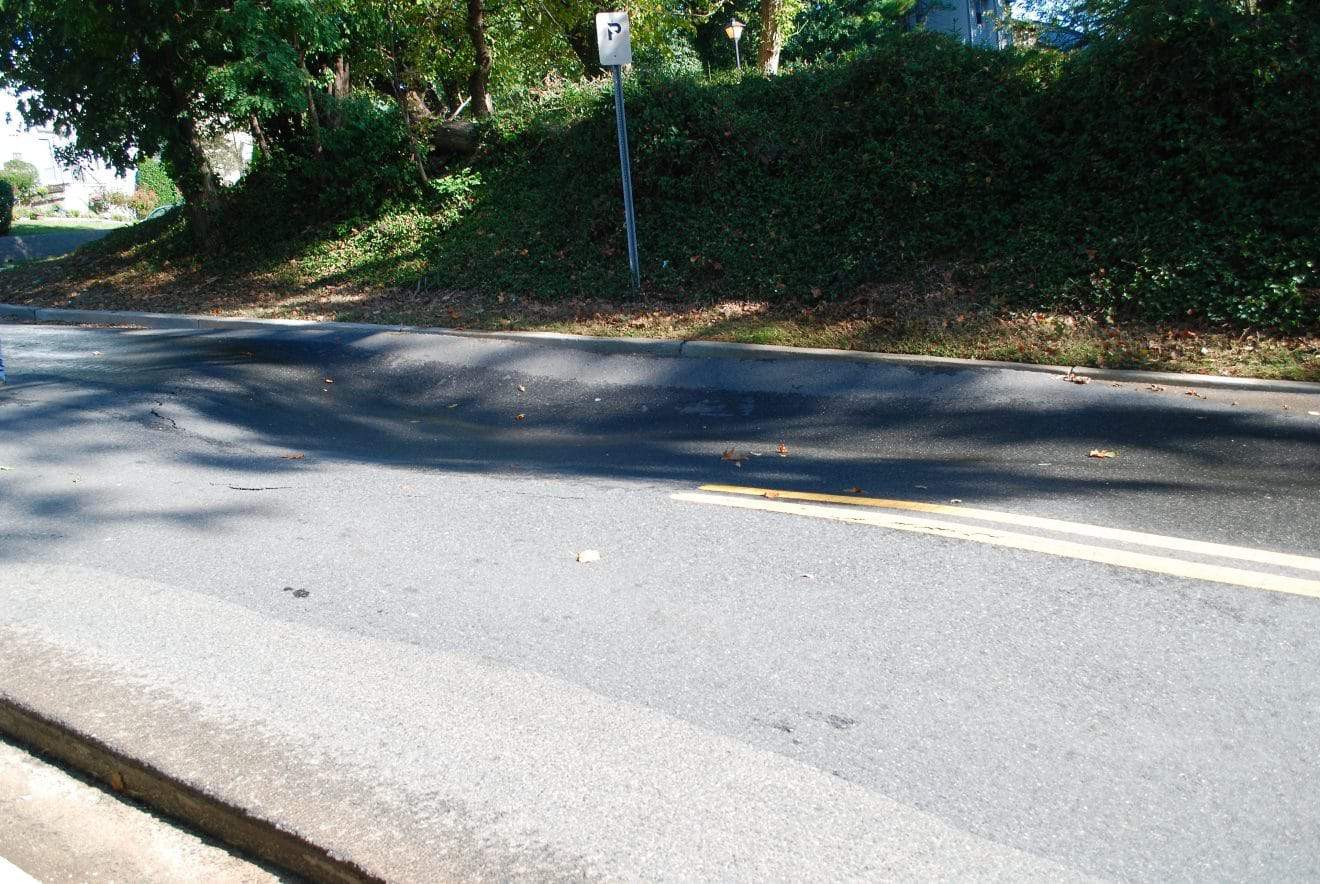 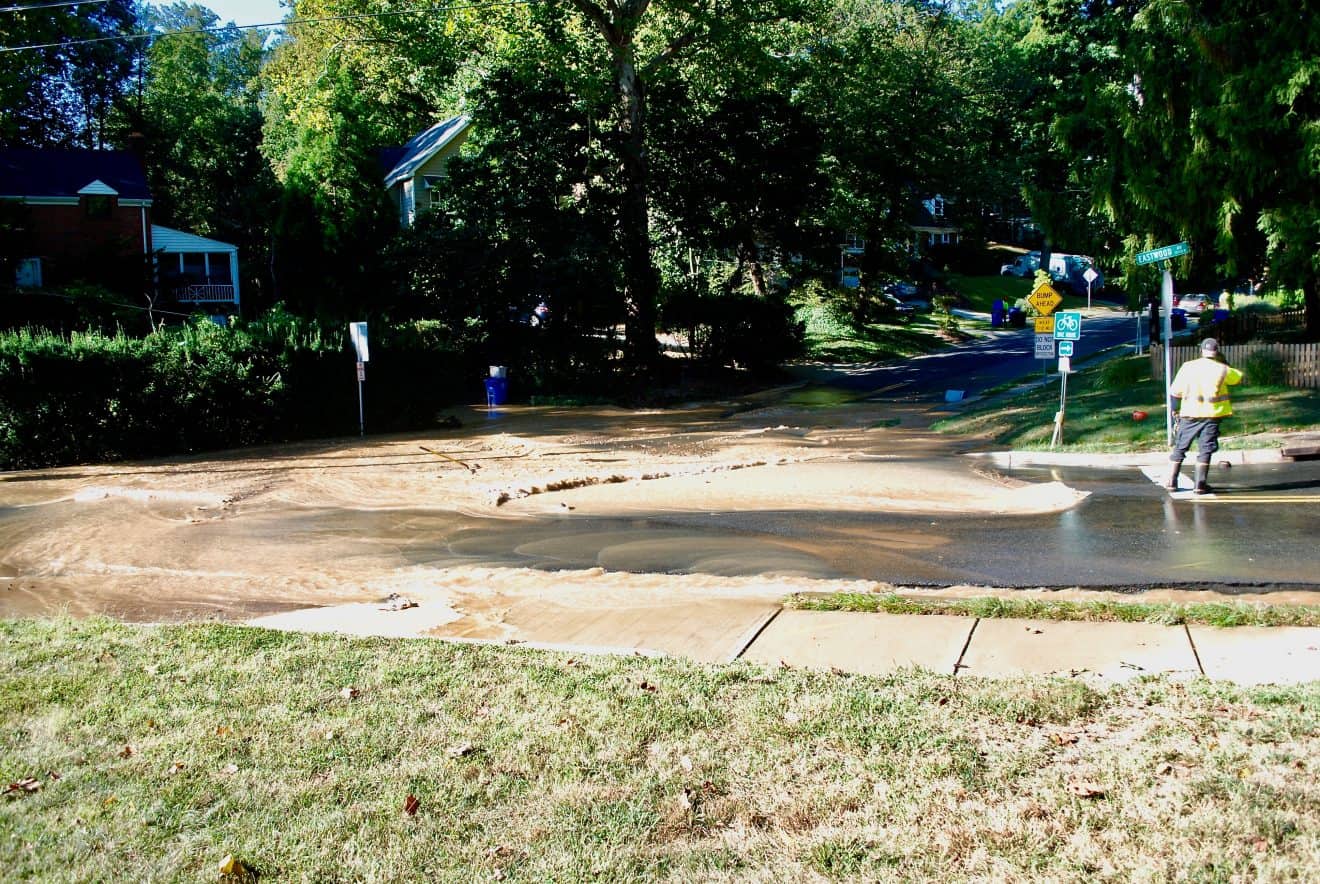