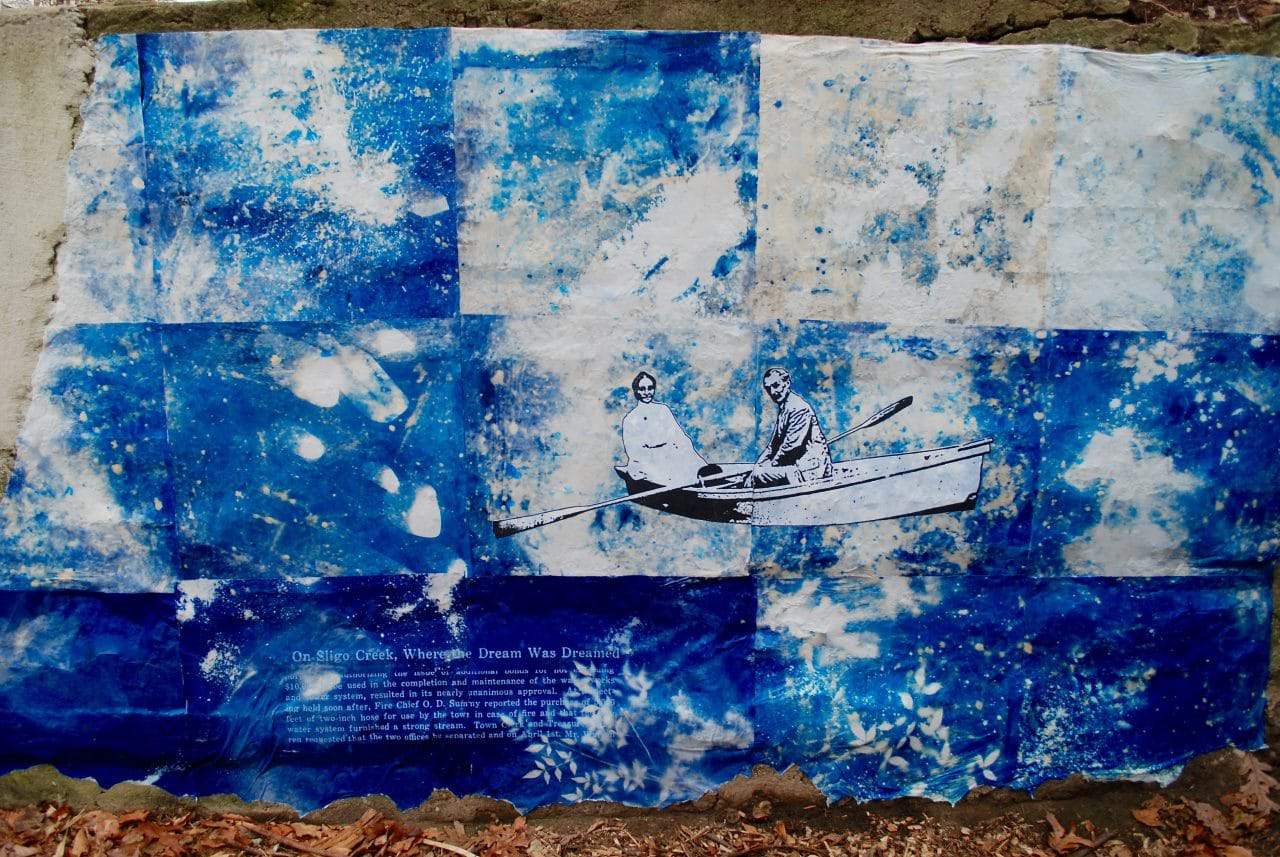 One of three cyanotype/screenprints from the installation. Photo by Mike Diegel.

A pair of Takoma Park artists has created an outdoor pop-up exhibit that includes a self-guided walking tour of several historic sites along Sligo Creek and near Takoma Junction.

Water Works, the first of two planned exhibitions on this site, opened earlier this month and features cyanotype/screenprint installations by Marty Ittner and Gretchen Schermerhorn.

The installation reproduces historic photographs in a structure, thought to be a former garage, on Hilltop Road between Maple and Geneva avenues.

In addition, the artists matched a series of old photos from Historic Takoma to the original locations. The sepia-toned prints show how the locations used to look early in the 20th century.

Guided by a brochure that can be picked up at the installation, the first stop is what remains of a pumping station along Sligo Creek, where fresh water for the city was obtained sent for purification, then stored until pumped to a water tower near Takoma Junction.

Further down Sligo Creek is the Adventist Dam that created a boating area for staff and patients of the Adventist Washington Sanitarium, once located on a bluff above the stream.

The water tower location is also part of the tour, as is Big Spring at Spring Park, located at elm and Poplar avenues. The spring used to be a source of free drinking water for residents until 1947, when the water was declared unfit to drink.

The prints and installation were created at Pyramid Atlantic Art Center and was made possible by the City of Takoma Park Community Grants Program, Giuseppe Cimmino and Historic Takoma.

An example of the historic photos included in the exhibit. Photo by Mike Diegel. 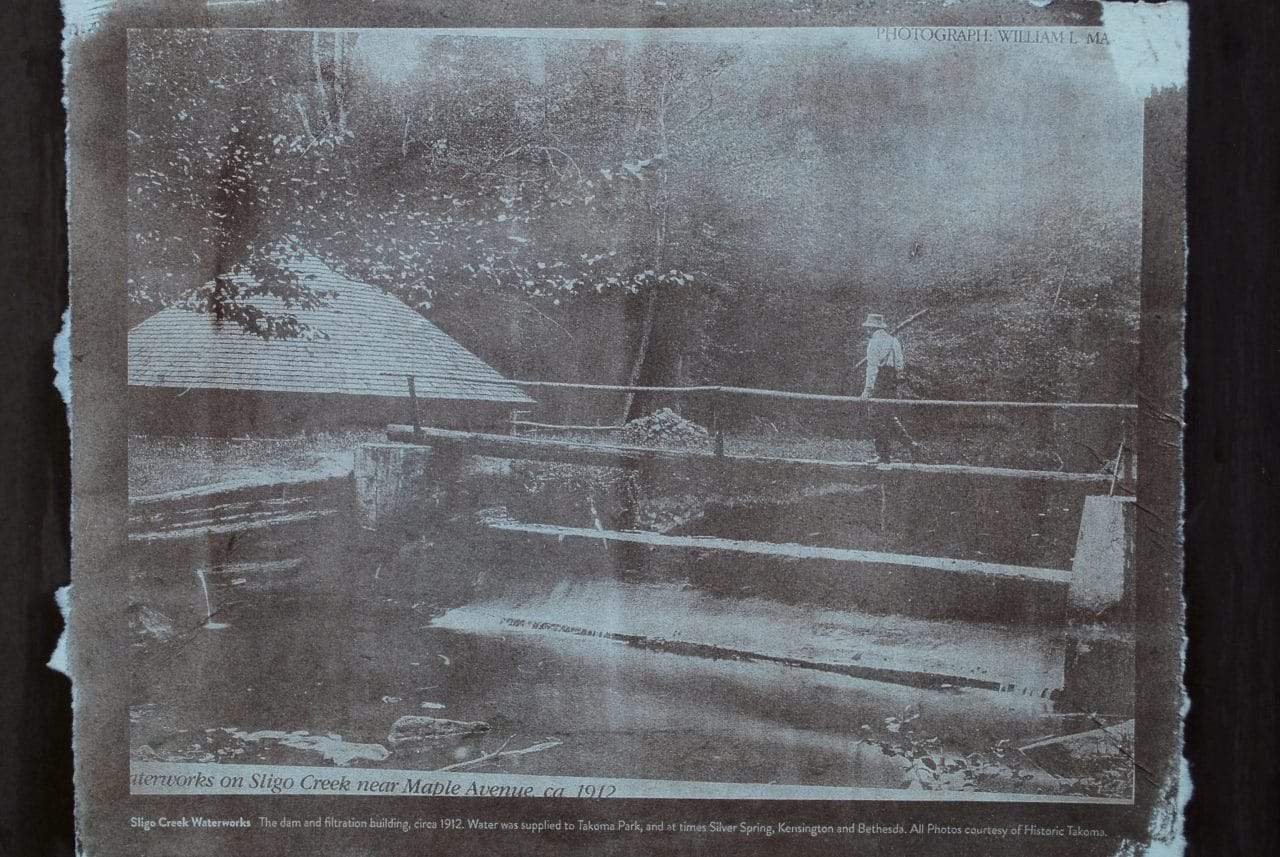