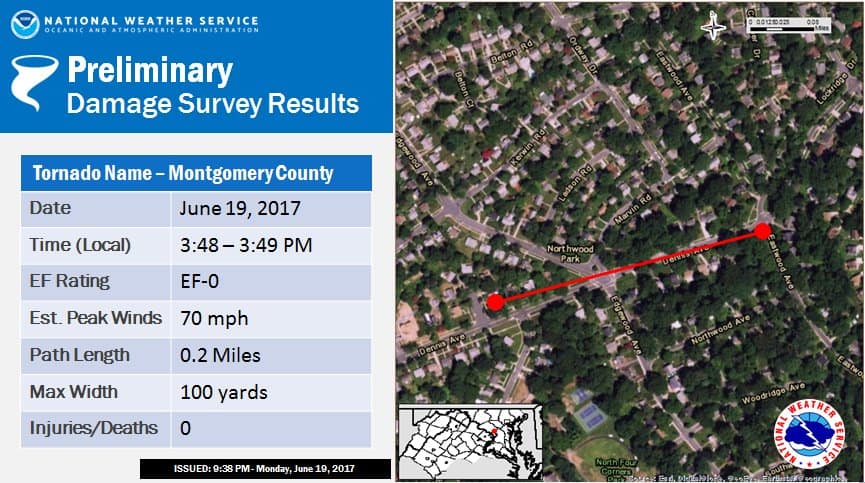 The National Weather Service confirmed that an EF-0 level tornado, the lowest level on the scale, touched down at 3:48 p.m. in Four Corners during yesterday’s storm.

The most damage was done along Dennis Avenue between University Boulevard West and Lockridge Drive, and on Marvin Road.

Two people were taken to the hospital with non-life-threatening injuries.

Maximum winds were estimated at 70 miles an hour during the minute the tornado was on the ground. The path it took was about 0.2 mile long.

Here are some photos of the damage and the aftermath. All photos by Mike Diegel.