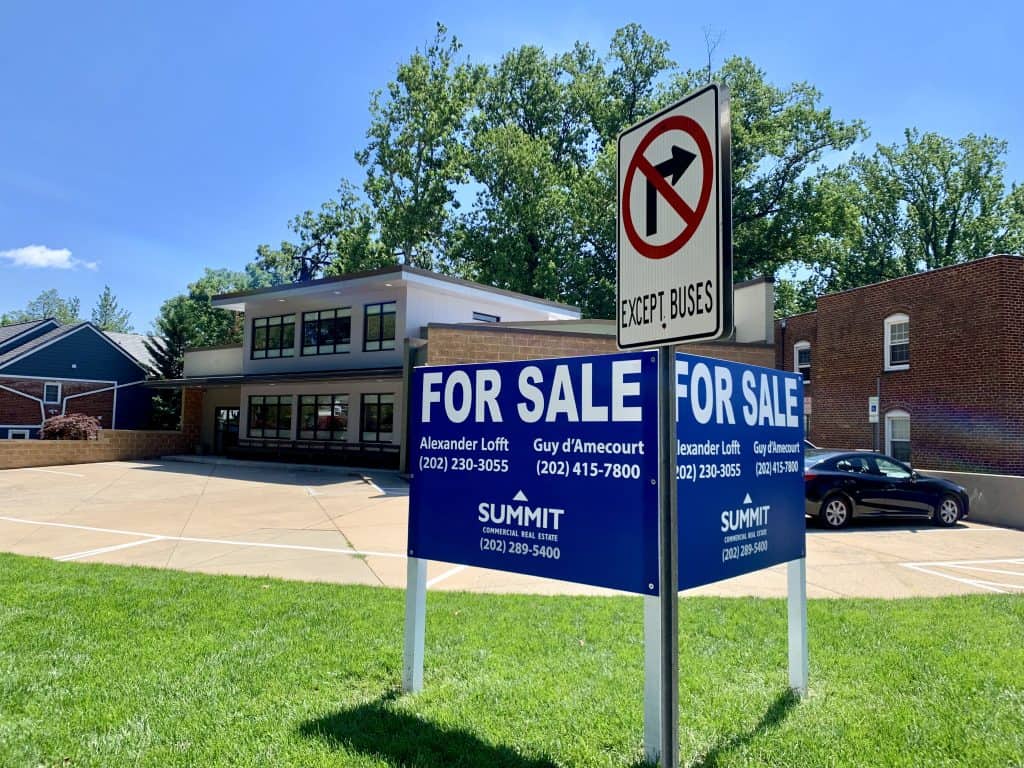 The Washington Revels’ headquarters building has been listed for sale, a development that may require the organization to move out after its current lease expires on Sept. 30, according to Revels Executive Director Greg Lewis.

“The expectation is that the buyer will not be an investment buyer,” he said,  “in which case, if it were, it might be a scenario where a lease rate could be worked out and we could stay.”

However, the likelihood, Lewis said, is that the buyer will use the building for a business.

The property is currently classified in a Commercial Residential Town zone, which allows for offices, retail, educational or medical facilities, or a day care center, among other uses, according to the listing.

Lewis said the group learned about the planned sale last fall, right around the time Revels was marking 10 years in the building at 531 Dale Dr.

Along with the sadness brought on by the news, Lewis said, the immediate reaction was to consider buying the building, noting that the owner is willing to consider a offering them discount from the listing price of $2.2 million.

However, the economic turndown, coupled with COVID-19 repercussions, caused the group to pause its thinking, which was affected by one other major development.

“The need to cancel a live production of our Christmas Revels,” Lewis said, “which brings in about 10,000 people, and powers from a funding standpoint a good healthy percentage of our revenue, and it really makes possible a lot of what we do—in particular, all of our free programs in the community.

“That combination continues to be a major albatross in terms of being able to move forward on a purchase, but we haven’t abandoned the possibility,” he continued. “We shelved that possibility for now. We haven’t flatly said ‘We cannot try, or cannot do,’ but we just can’t be spending time on that right now, because it doesn’t make sense.

“Without being able to do Christmas [Revels], and not knowing what the effect on our fundraising COVID-19 will have, it’s very difficult to project what can work financially,” Lewis added. “That’s another reason why, until a little more time passes—and, of course, by that time, the building may be sold—that’s a risk we have to take.”

In the meantime, Revels moved its programming online, including its monthly community sing with Carpe Diem, and adding virtual offerings such as a Daily Antidotes of Song.

In addition, the organization is planning to rehearse, record and broadcast a virtual production of its annual Christmas program.

“What we’re looking to do is to make it really exciting, make it something different, something people could not see if they came to a regular show,” Lewis said. “That is both content-wise and platform-wise things, things that will make it a lot of fun and hopefully, we will earn some money on it.”

That production, Lewis said, is a major reason Revels is hoping to hold off on any move until after the first of the year.

“There’s so much that will be going on that having our studio space to record—the main thing is not having to take the huge amount of time to move, even if we just go into temporary space—all sorts of things are much more possible after the turn of the year,” Lewis said.

The group has not yet started searching for potential new space, as they now are wrapping up this fiscal year, but will do that soon.

Revels currently uses all three floors of the Dale Drive location for offices, studio and storage space for props and costumes, as well as four full-time and one half-time employee. The organization also hires about 40–45 contractors, who work on an as-needed basis.

Lewis said they might look for temporary space, given the time constraints on a full search and build-out of a new location.

In either case, their preference is to remain in the area, convenient to the Beltway and I-270, given that many of those involved with Revels come from all over the tri-state area.

The organization also prefers Montgomery County for another reason.

“Montgomery County is great because Revels is all about exploring different cultural traditions from around the world, and the way people celebrate the seasons,” Lewis said, “and bringing people together across ethnic, religious—divisions of all kinds. It’s part of our mission. And there’s no place like Montgomery County in terms of diversity.”