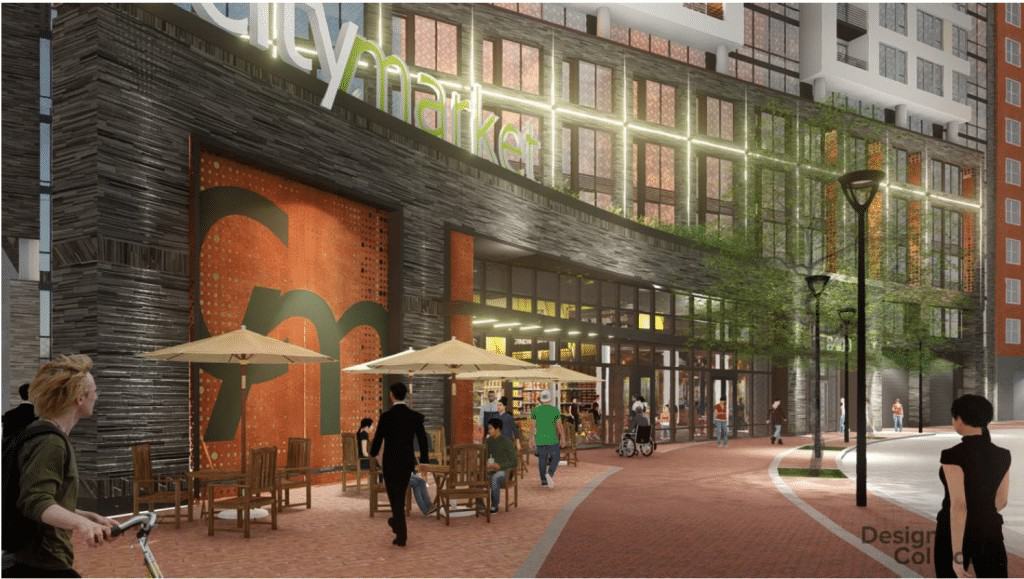 Washington Property Company broke ground this week on what will be Silver Spring’s tallest building, a 26-story apartment tower in the Ripley District.

Solaire 8200 Dixon will include 403 units, primarily one-bedroom apartments with about 100 two-bedroom units.

The project will include a ground floor food hall, WPC President Charles Nulsen III told the Source in May 2019.

“It’s a Union Market in a much smaller space, but it’s destination driven, community driven and very fun,” he said.

In November, the company announced it had contracted with Colichio Consulting to assist with the development of the 15,000 square foot market.

Plans call for the building to include a rooftop fitness center, pool, and sky lounge, as well as a clubroom with co-working facilities, catering kitchen, 24-hour concierge and package service, pet spa, and two guest suites for residents’ use, according to a press release.

The Cresset-Diversified QOZ Fund, a joint venture between Cresset Partners and Diversified Real Estate Capital, will be a partner with WPC to provide equity for the project.

Clark Construction Company is the building contractor and scheduled to deliver the first apartments in mid-2022.

The new development will be located on Dixon Avenue on the former site of Progress Place, next to the current Solaire Silver Spring at 1150 Ripley St.