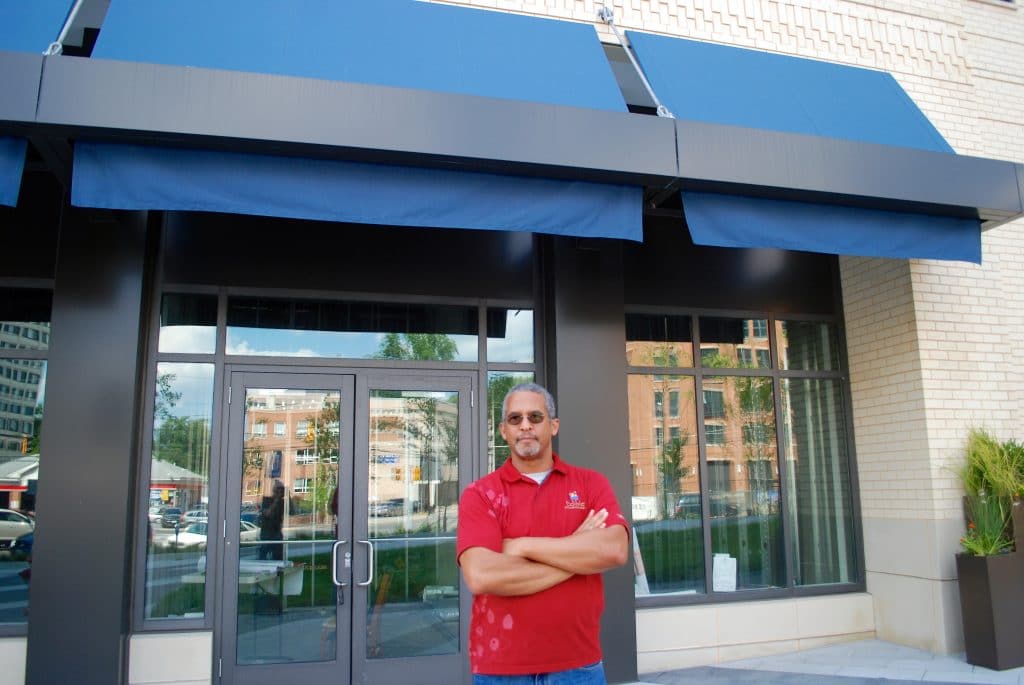 Owner Michael Pope outside what will become his second Edible Arrangements location. He’s planning to change the awnings to match the company’s red. Photo by Mike Diegel.

An Edible Arrangements and a café are in the works for The Bonifant, while a new dentist’s office has opened on East-West Highway.

Michael Pope, who has owned Edible Arrangements in Rockville for about four years, is working on the space at 915 Bonifant St., hoping to open in early August.

“Edible Arrangements is a franchise and it’s a gifting company,” Pope said. “We specialize in fruit bouquets, which is fresh-cut fruit formed in the shape like flowers arrangements.”

The “big hire,” as he called it, will be the manager, someone with “retail experience, bright personality, [and] fits the demographic of the area.”

He’s also hoping to hire some workers who live in The Bonifant, he said.

One of the reasons he’s opening a store here is the concentration of businesses in the area.

“Holidays are a big gifting time, but businesses saying ‘Thank you’ to other businesses is a big part of why we wanted to come to Silver Spring,” he said. “We want to be able to provide this service for people that have these businesses that reach out to say ‘Thank you’ to their partners.”

Pope also confirmed that the space next to his in the building will be an Ethiopian coffee shop.

In the meantime, Dr. Chantal Bikoi opened Artistic Family Dentistry of Silver Spring about three weeks ago at 1200 East-West Highway.

The full-service office offers preventive and restorative dental treatments, cosmetic dentistry, and other services such as scaling and root planing, treatment of TMJ disorders, sedation dentistry and laser dentistry, which can harden fillings, whiten teeth, reshape gum tissue, do a biopsy or remove soft tissue lesions and ulcers, remove areas of tooth decay and more.

One room is set aside for those nervous about going to the dentist. It includes an adjustable bed rather than the traditional chair, adjustable mood lighting, aromatherapy, soothing music and hot towels to help patients relax during their procedures.

Dr. Chantal Bikoi in the lobby of her new office. Photo by Mike Diegel. 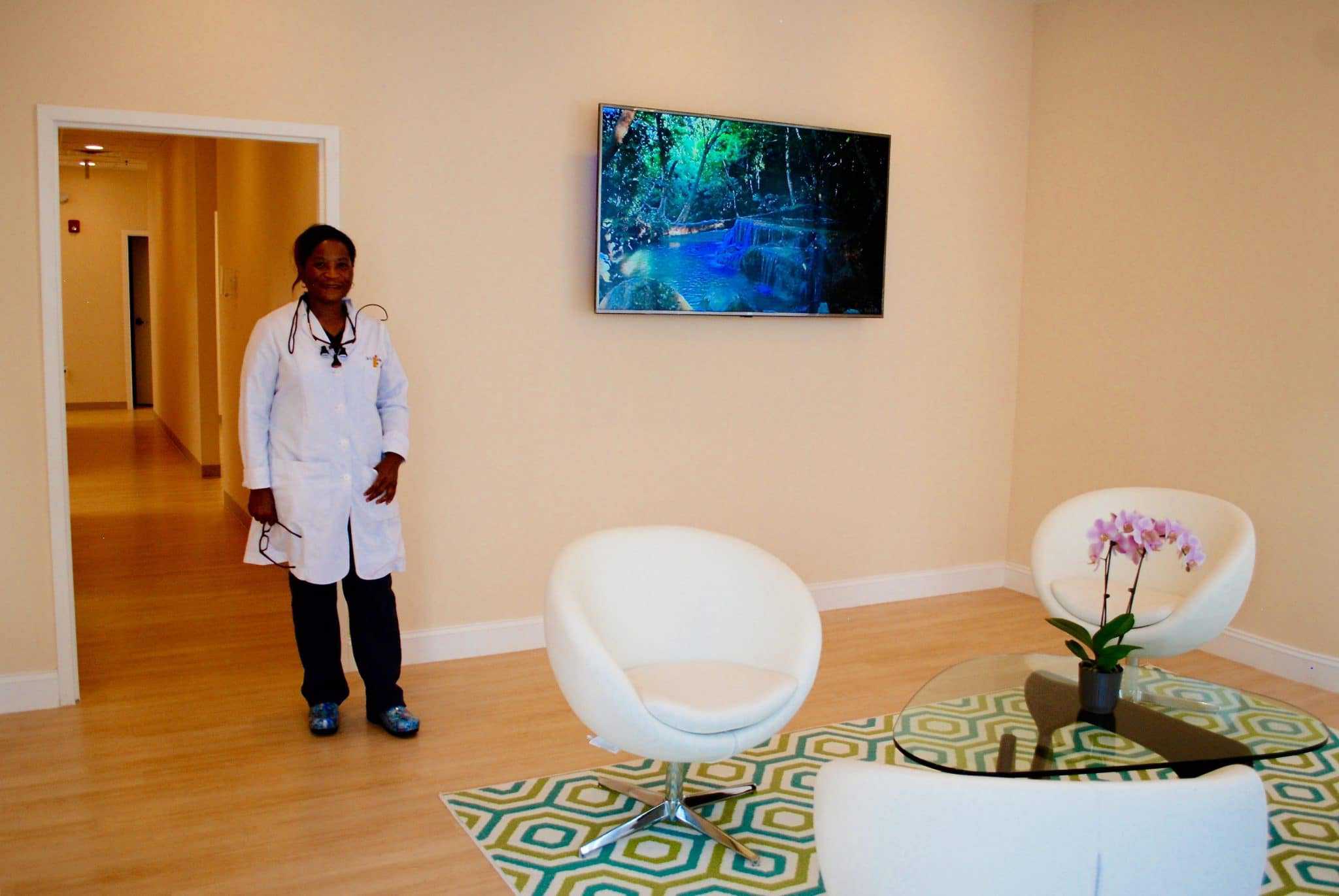