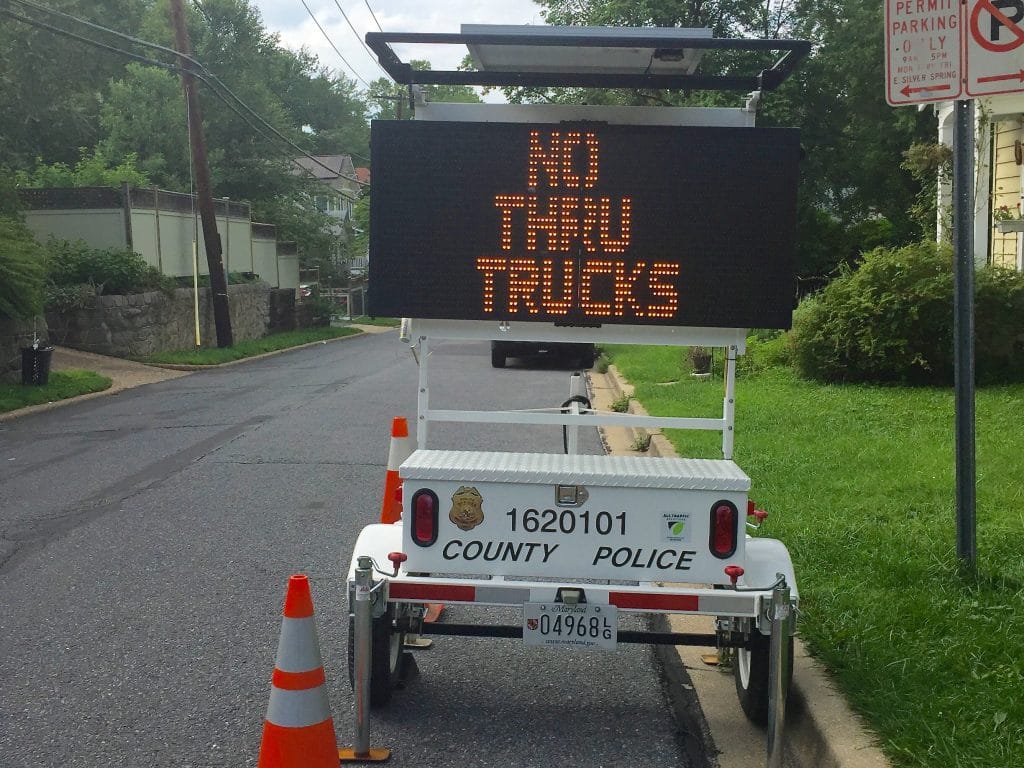 The portable traffic sign that appeared this week on Grove Street in East Silver Spring is an example of how residents can request the county’s help to control street traffic.

Many residents continue to express concerns over speeding other unsafe driving practices through their neighborhoods.

To help to address those concerns, the Montgomery County Department of Transportation (MCDOT) and the Department of Police several years ago implemented a program known as Residential Traffic Calming that that works with residents to solve problems and improve the neighborhood environment.

The Grove Street case, a county staff person told the Source, a resident noticed a number of large vehicles, including busses, using the road as a cut-through street and initiated the request. Here’s how it works:

For local residential streets that aren’t through streets or collector routes, and/or where traffic volume is less than 1,000 cars per day, the program uses an education strategy. These streets would generally not be eligible for installation of physical speed restraint devices, according to MCDOT.

In this case, the department deployed a unit to assist in educating drivers about various issues, including speeding. These units are placed on the roadway a maximum of five days, Monday through Friday (there is no weekend deployment, nor are there deployments on holidays and from Dec. 15-Jan. 2). Residents can request a repeat schedule after four months as weather and scheduling permits.

According to the department’s policies, to deploy the SMART unit the requested street:

There are other measures the department will take on higher-volume streets, though requirements become more stringent and residents and the local civic association must agree. Those tools include speed humps, small traffic circles, or other traffic control devices. If warranted due to specific safety problems, police enforcement will enhance these measures.

Requests for traffic calming action can be made via the MC311 Customer Service Center and are handled on a first-come, first-served basis. In addition, the staff person noted, often residents contact their councilmember(s) for help.

The sign was later moved to Grove and Easley streets and  the message changed. Photo by David Lay. 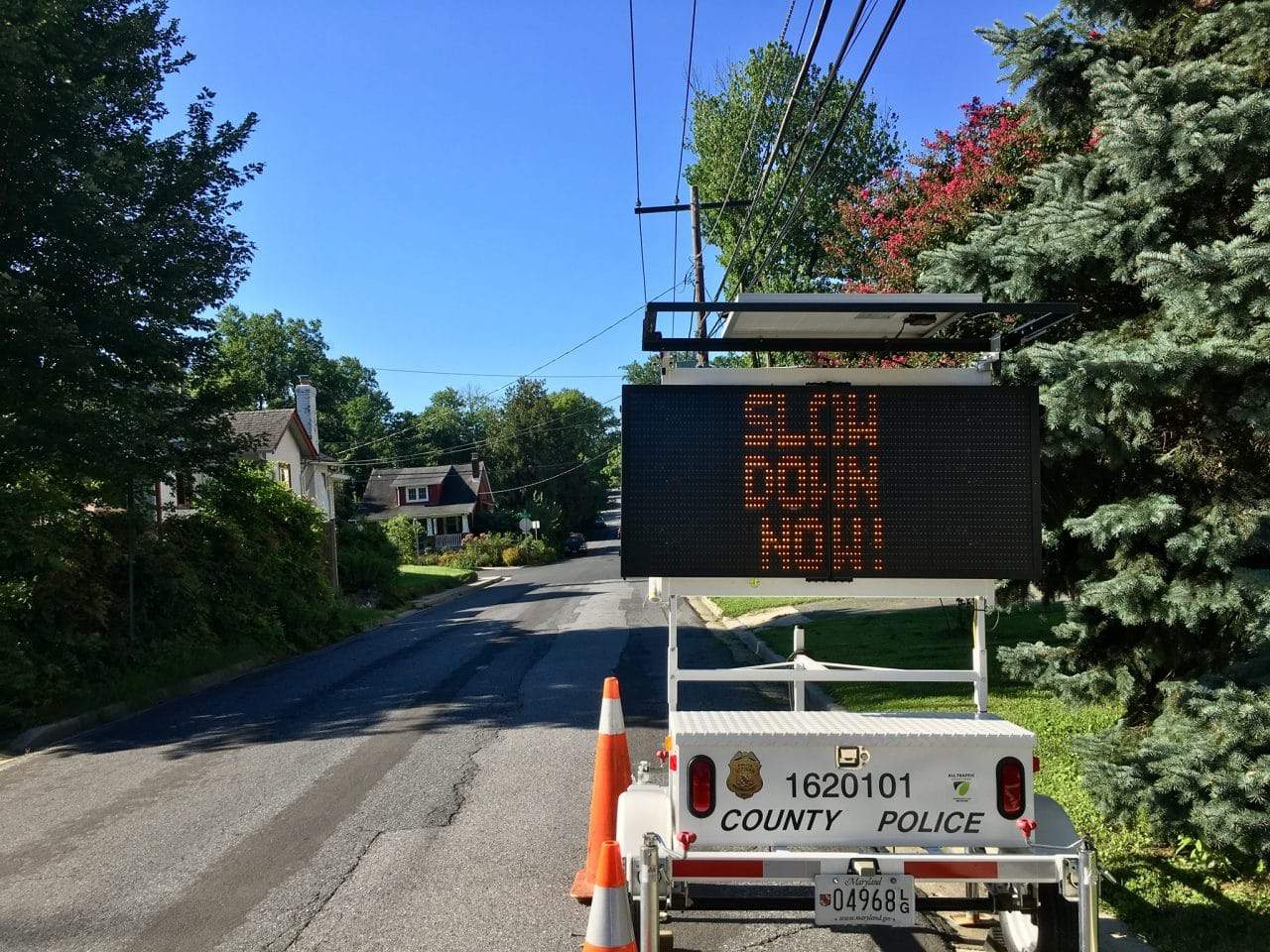