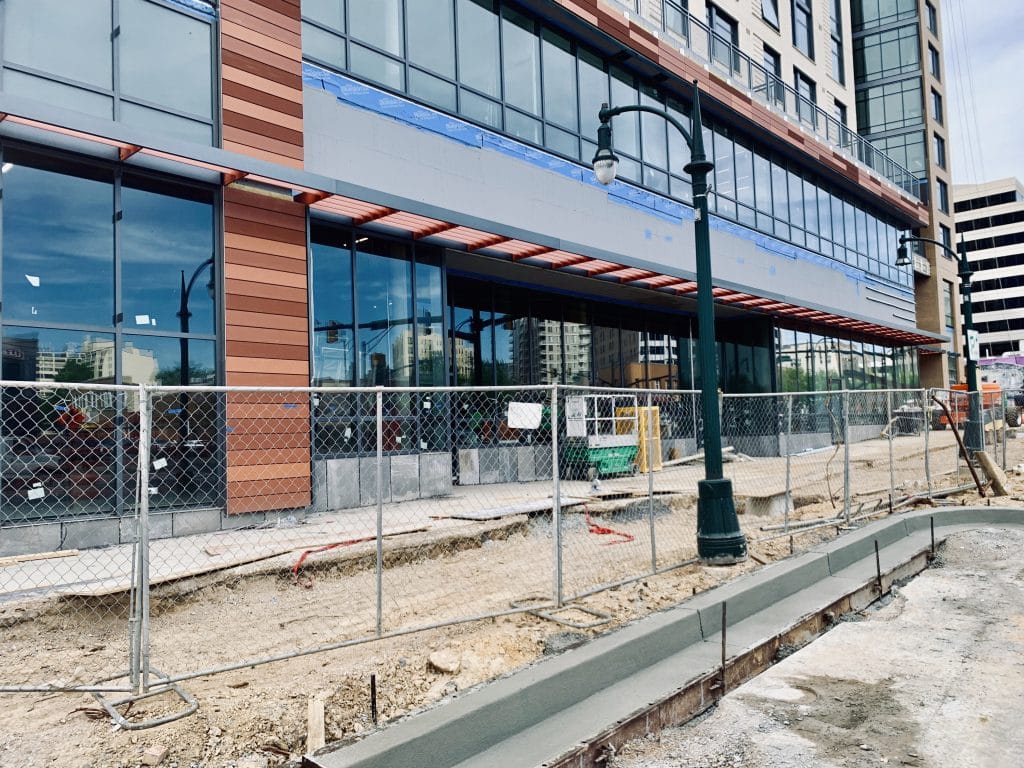 Solaire 8250 Georgia will open for tenants May 13, according to Charles Nulsen III, president of the project’s developer, Washington Property Co.

“We started pre-leasing the first of February and the project’s been very well received, and we have close to 100 pre-leases in the building as of [April 24] in a 340-unit project,” Nulsen said.

The first levels to open, along with the common areas, will be floors three, four and five, with the rest of the project opening three floors at a time until all 20 floors are completely finished, Nulsen said.

In addition, the building will have street-facing retail on the first floor, but that’s been slow to come so far.

“It’s a little bit of a quandary to me,” Nulsen said. “We made the decision that we wanted to go local in the retail, and genuine, but we’re not getting traction in that area.

“We’re not getting traction out of people coming from D.C because they don’t want to do business in Montgomery County,” he continued, “and the people that are doing business in Silver Spring are kind of tapped out.”

The company has a signed a lease for a small outlet toward the back of the building, a part of which will face Bonifant Street, though Nulsen was not ready to reveal the tenant yet.

“We’re trying to create a local food and soft-goods scene, and it’s going slower than I expected,” he said.

In the meantime, this Solaire project, one of five the Bethesda-based company will have under that name, offers studio, one- and two-bedroom apartments, some with balconies, ranging from about $1,750-$2,900 per month, depending on size and floor plan.

There are three floors of underground parking, along with secured bike storage. Other amenities include:

Pre-leasing applications for the building are available at 1150 Ripley Ave., or potential residents can apply online.

Washington Property is looking for locally based businesses to fill the retail space along Georgia Avenue. Photo by Mike Diegel.