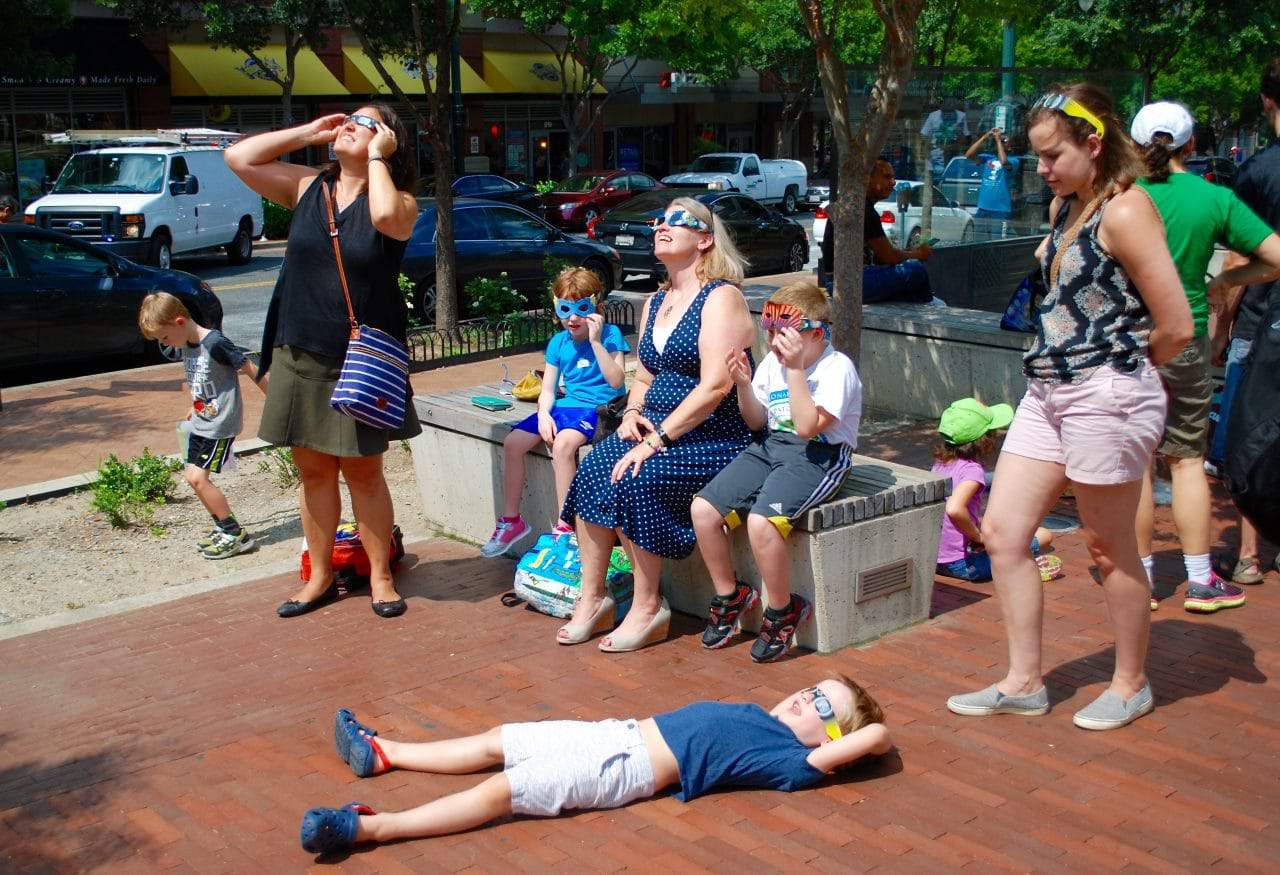 Several families came downtown to watch the eclipse, though not everyone was that interested. Photo by Mike Diegel.

About 75 people gathered on Veterans Plaza in Silver Spring, joining groups gathered in parks and other area open spaces Monday afternoon to watch the solar eclipse.

There were several families present with young children who got excited as the peak of the eclipse approached.

“I saw [the sun] got really big, then it got smaller, then bigger than smaller, then it just started getting back to big,” said 7-year-old Ray, one of a group on youngsters watching. “You could kind of see the gas coming off the sun, too, and I think it was really cool.”

“And it’s really fun to do that with them, to see them see things that are just out of the ordinary and unique,” she continued, noting that several mothers had taken off work for the event. “It was important for us to get that chance to see it.”

It was a communal experience for watchers of all ages as people shared protective glasses with strangers who didn’t have any, giving anyone who wanted it a chance to look on as the sun’s image waned and waxed.

For at least some adults, though, the event was a whole lotta of “meh,” as reality apparently didn’t meet expectations.

Whether they thought it was cool or not, area eclipse watchers will get another chance April 8, 2024. That year, the path of totality will run from Texas to New England and pass a little closer to the region.

Sharing was the order of the day. Photo by Mike Diegel. 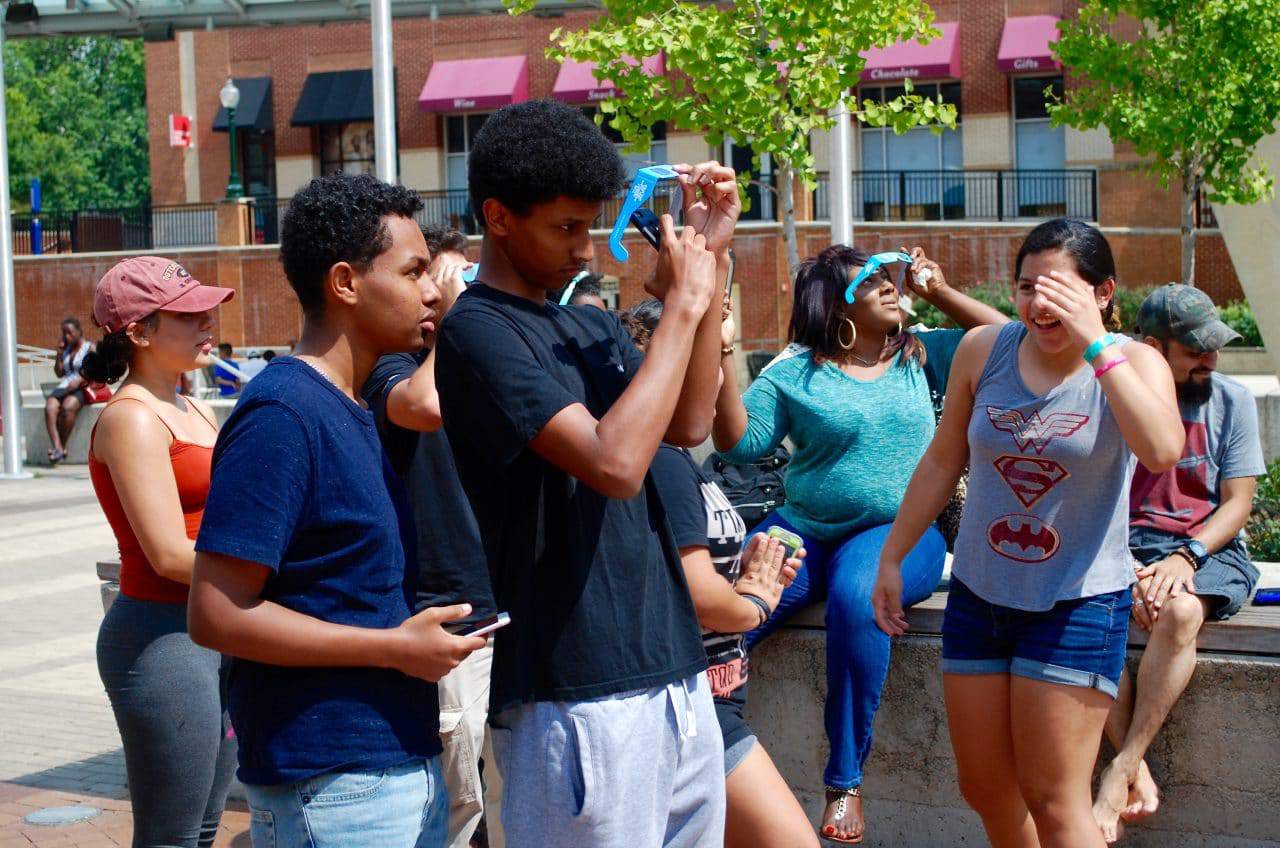 This couple went old school to watch. It worked. Photo by Mike Diegel. 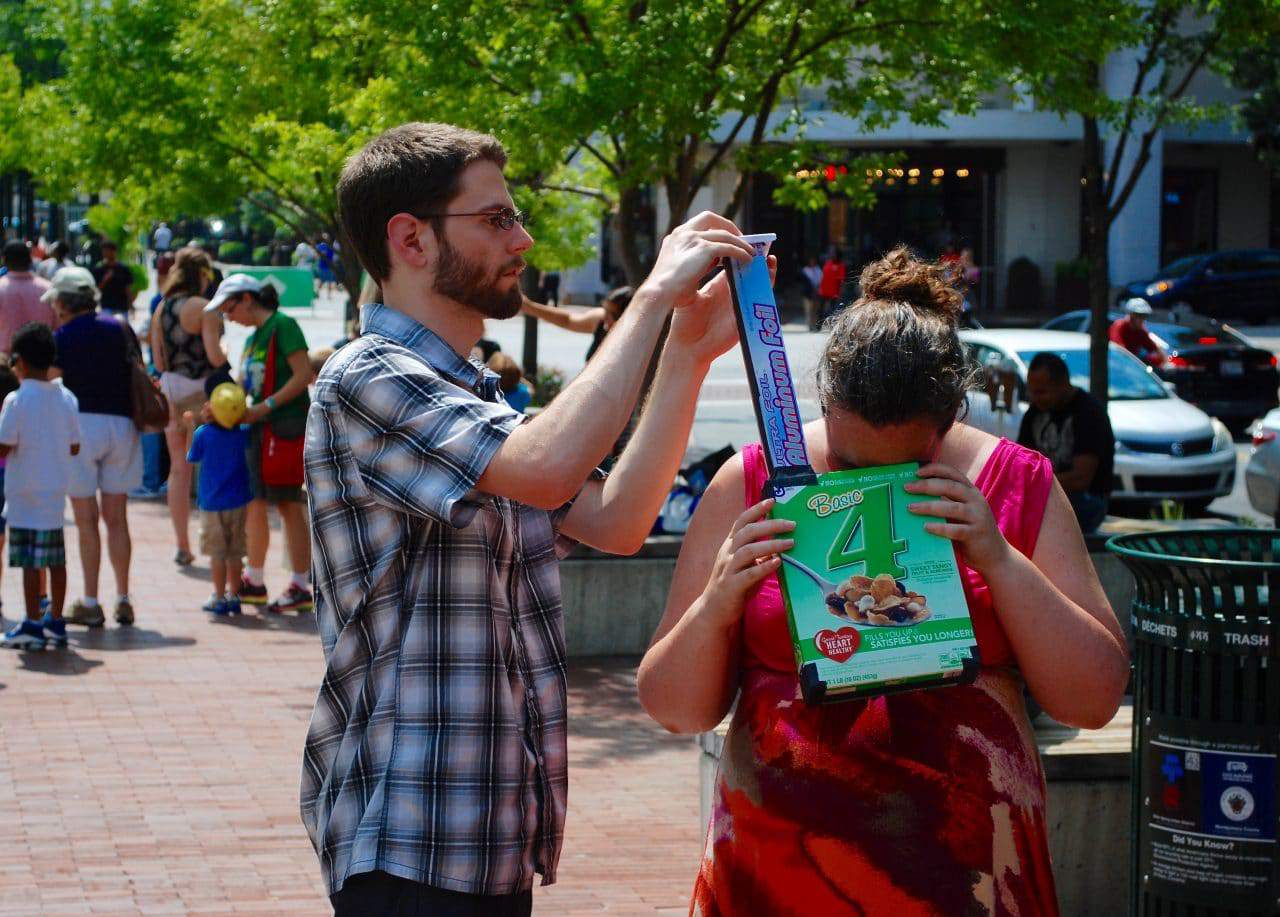