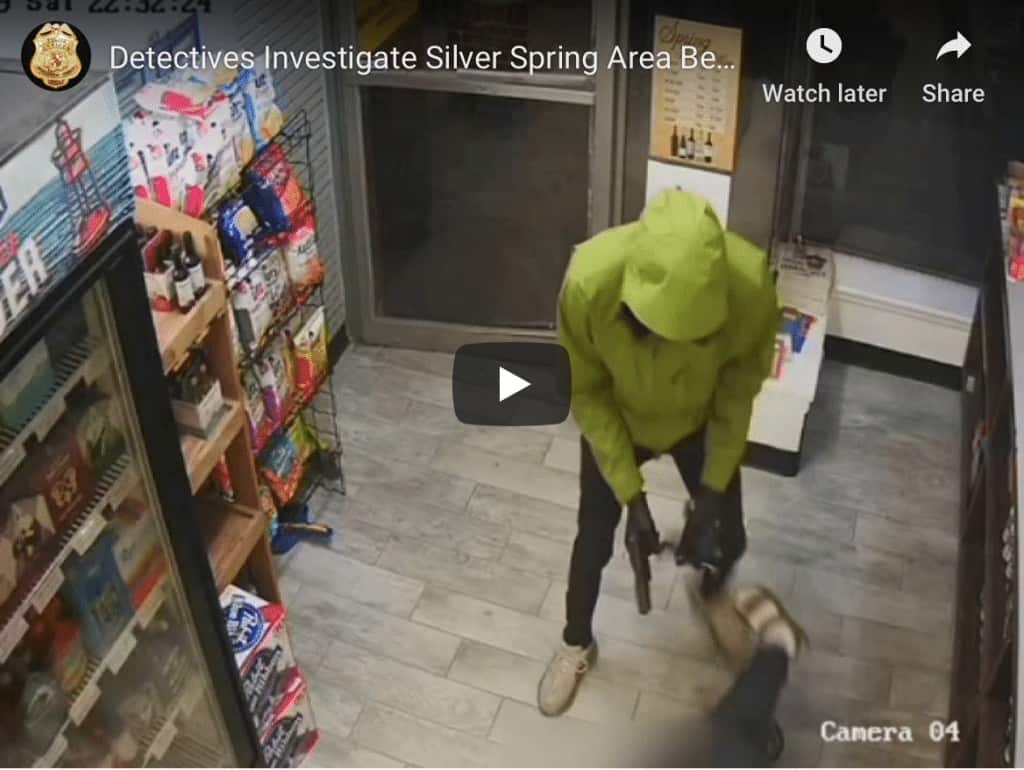 Montgomery County police detectives are asking for the public’s help to identify three suspects in an Aug. 3 armed robbery, according to a press release.

The incident took place Sunday evening, and police responded at about 10:40 p.m. to the Spring Beer & Wine Store at 9330 Georgia Ave.

According to video surveillance released by the Major Crimes Division, two suspects armed with handguns entered the store with their faces concealed.

“The suspects assaulted an adult male employee, stole an undisclosed amount of currency from the business, and fled in a dark-colored SUV which was being driven by the third suspect,” according to the department.

Anyone with information about the robbery should call the division at 240.773.5100. Anonymous tips can be called into Crime Solvers of Montgomery County at 866.411.TIPS (8477), or tips can be submitted online.

Crime Solvers will pay a reward of up to $10,000 for information provided to them that leads to an arrest.