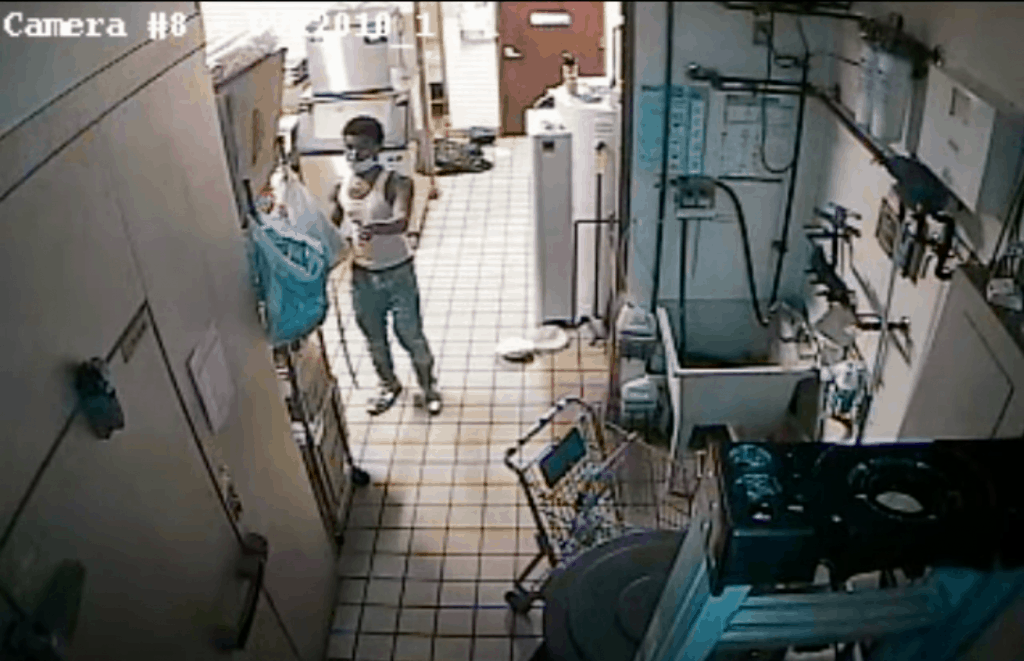 The Montgomery County Police Department has released surveillance video of a suspect in a downtown Silver Spring burglary and is asking for the public’s help to identify him.

The suspect forced entry to the Dunkin’, according to a department press release, and “stole electronics and food from the restaurant and placed the stolen items in white plastic bags.”

Anyone who has information about the suspect in this burglary, or the incident itself, should call detectives in the 3rd District Investigative Section at 240.773.6870.

Screenshot from video posted by MCPD