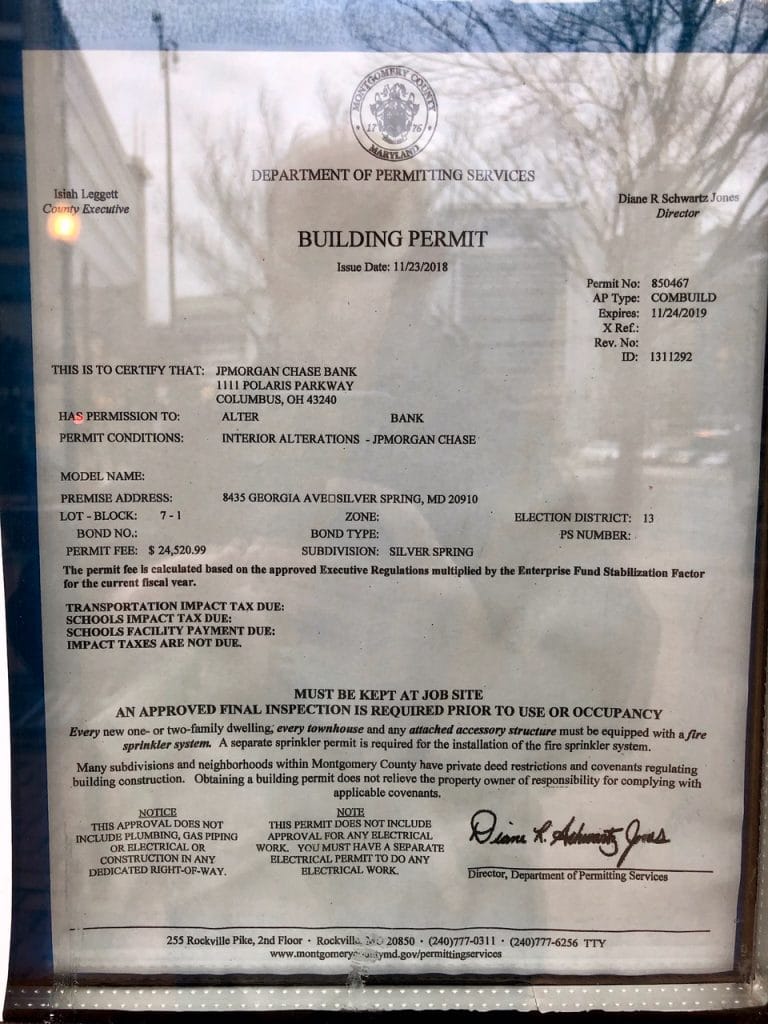 A building permit has been issued to JPMorgan Chase Bank for interior alterations as the company apparently prepares to open a branch at 8435 Georgia Ave.

The work is being done at the former location of La Madeleine, which closed in April 2017 four years after opening.

Chase Bank currently operates about 5,100 branches nationwide, including one in Bethesda and four in the District of Columbia.