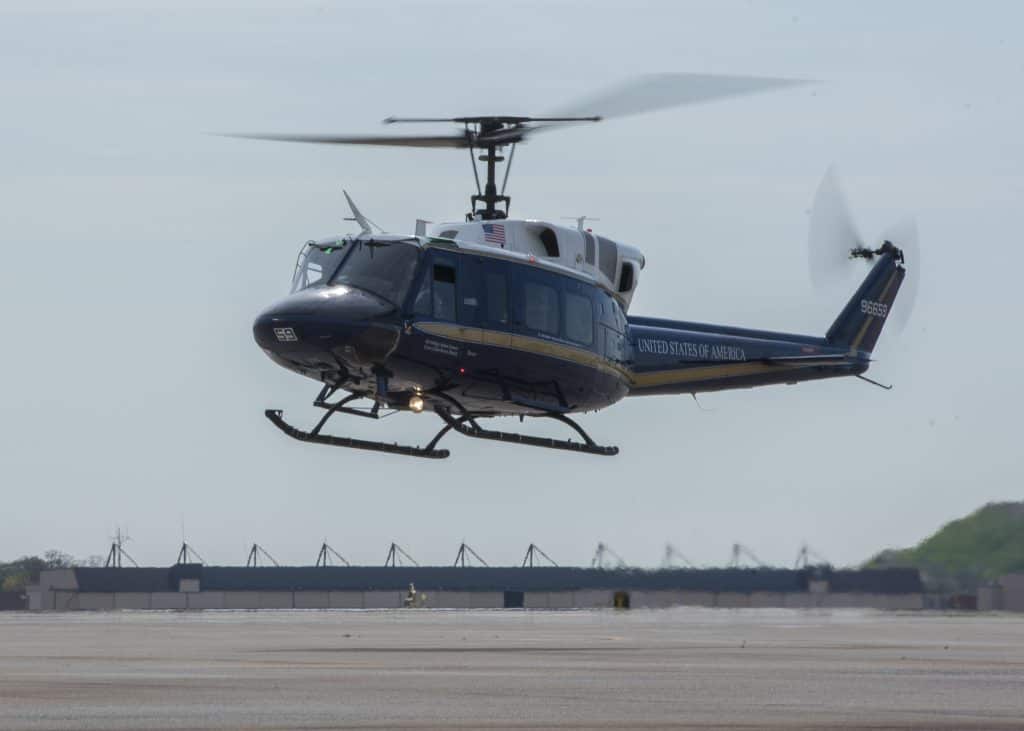 We received multiple reports last night via Twitter of low-flying helicopters in the area, but they were not the recently reported police, news, or Department of Energy air traffic:

They’ve been flying low over my house for hours. Really sets me on edge!

Air Force First Squadron has also been exceptionally busy we can't track them by transponder though, only photo. #CopterSpotter https://t.co/bqUIrVvxHChttps://t.co/xfrGlGwDYH

This email was forwarded to us this morning by a reader (edited for grammar/punctuation):

I have lived in the Silver Spring MD, area for over 50+ years and have a keen sense of the air traffic over the Silver Spring Maryland area. This is the East / North East area above DC Bordered by the Beltway 495, RT 29 Colesville Road, and RT 193 University Boulevard. On average, there are many “whitetops” Huey UH-1B Choppers and OD Green UH-60’s which routinely fly between Bethesda and Andrews. They are required to follow the beltway 495 and travel between bases to shuttle VIPs and Sick/Injured to Bethesda.

The past 3 weeks have been a daily barrage of UH-1B and UH-60 Helicopters, sometimes 30+ a day, not transporting, but “patrolling”.

Where I live, These choppers are routinely flying at 600 feet and lower- not point to point, but in circular search patterns. One helo was so low I could see the pilots’ boots through the bottom window. These flights are going on at all hours of the day and night.

I have lived in this area for over 50+ years and have a keen awareness of aviation and the flight patterns of civilian and military aircraft. The current state of the country and the unstable messages that are coming from the government is extremely disconcerting. The added “patrolling” overflights of neighborhoods is troubling.

I can tell when a UH-1 is coming, turning, or leaving just by the sound. As I am typing this, There have been no less than 4 UH1-B’s and 1 UH-60 that have flown overhead, circled, and headed in a Westerly direction only to return again traveling towards Andrews AFB. I am well aware of our location and can pick out the type of copter just by their signature sound. There have also been Lakotas flying with UH-60 Blackhawks as well.

These are not point-to-point shuttle flights between locations, these are patrolling flights by the US Military. Currently, Another UH-1B is Flying overhead and performing a slow turning sweep now. This is the 4th in an hour of patrolling.

This is a warning. These flights are not normal air traffic for this area.