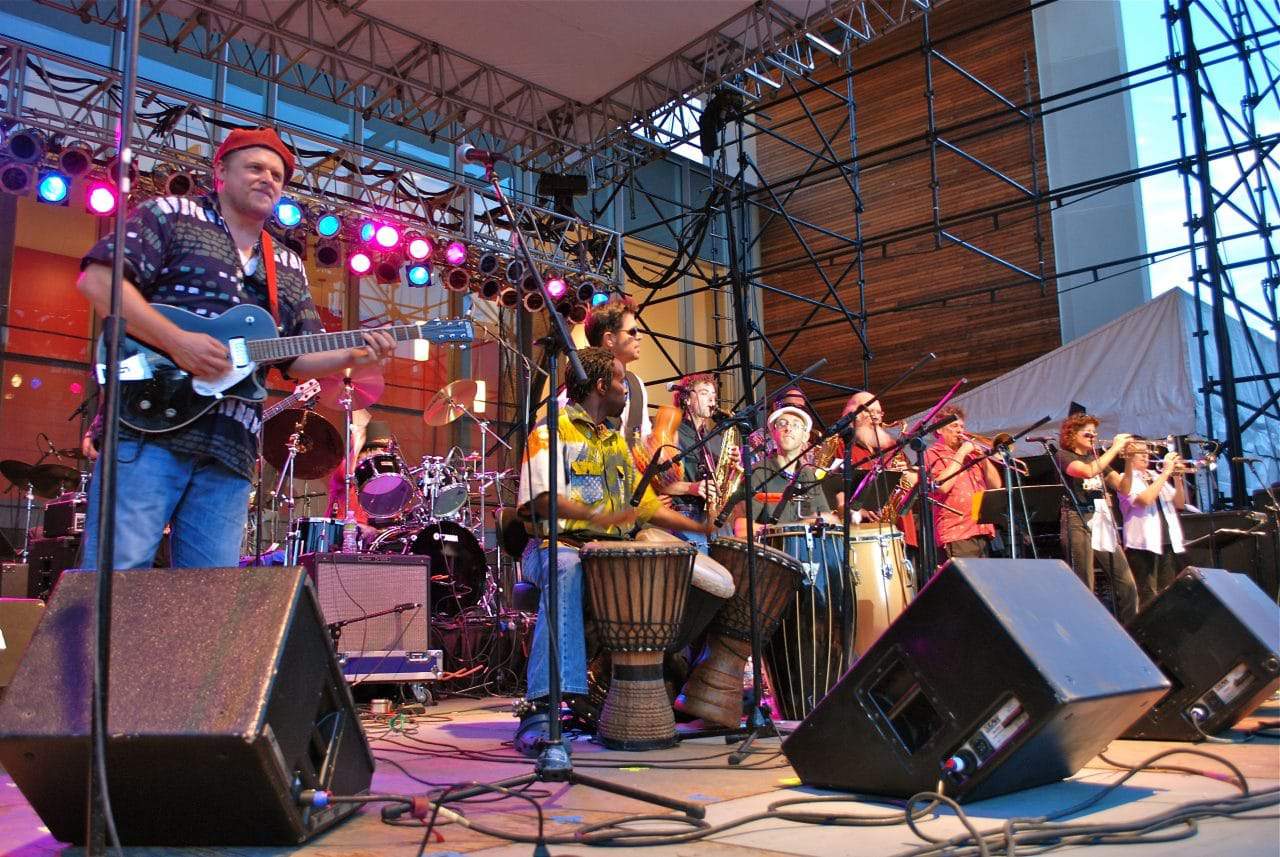 Events such as the jazz festival generate new spending in Silver Spring. Photo by Mike Diegel.

Business growth and visitor spending at events in Silver Spring Arts & Entertainment District had a tax impact of more than $10 million in fiscal 2016, according to a report commissioned by the Maryland State Arts Council.

The amount was the second highest among the state’s 24 A&E districts, topped only by a tax impact of about $11.7 million in Frederick. The amount included taxes generated from property, income, sales, payroll and “other” taxes collected.

Statewide, the report shows that the A&E districts collectively supported $855.8 million of the state gross domestic product, about $63.5 million in state and local tax revenues, and about 8,600 jobs paying nearly $267 million in wages.

The Silver Spring A&E district was designated on December 31, 2001 as an arts & entertainment district by the state, the first one created by Maryland. The purpose of the A&E districts are to help develop and promote community involvement, tourism and business revitalization through tax-related incentives that attract artists, arts organizations and other creative enterprises.

The benefits offered to A&E districts include property tax credits for new construction or renovation of certain buildings that create live-work space for artists and/or space for arts and entertainment enterprises; an income tax subtraction modification for income derived from artistic work sold by “qualifying residing artists;” and an exemption from the Admissions and Amusement tax levied by an “arts and entertainment enterprise” or “qualifying residing artist” in a district.

Towson University’s Regional Economic Studies Institute conducted the economic impact study for the state. Economic and tax impacts in the report are based upon economic activity from new businesses within the A&E districts, and spending associated with events and festivals held within districts in FY 2016.

The boundaries of the Silver Spring A&E district are shown below. Image from Montgomery County. 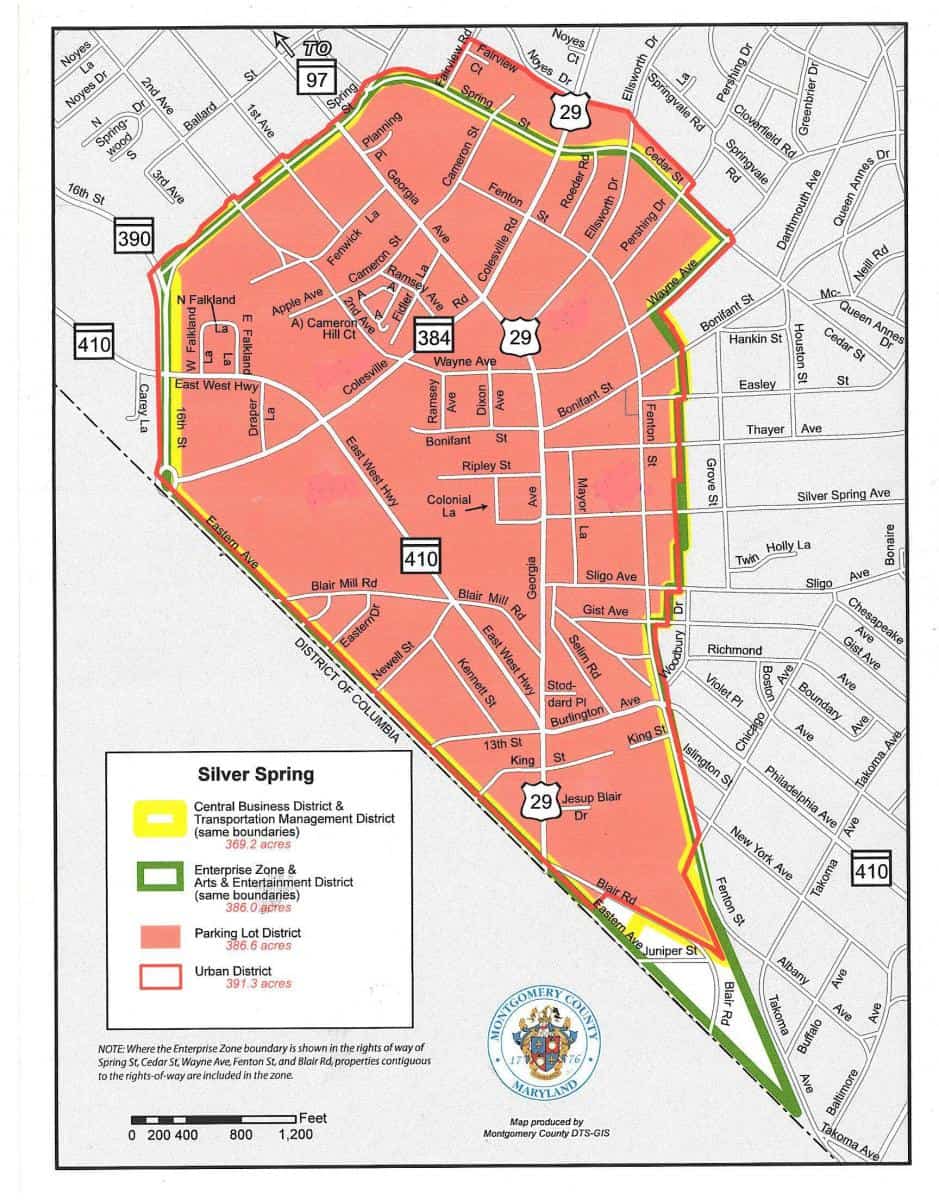