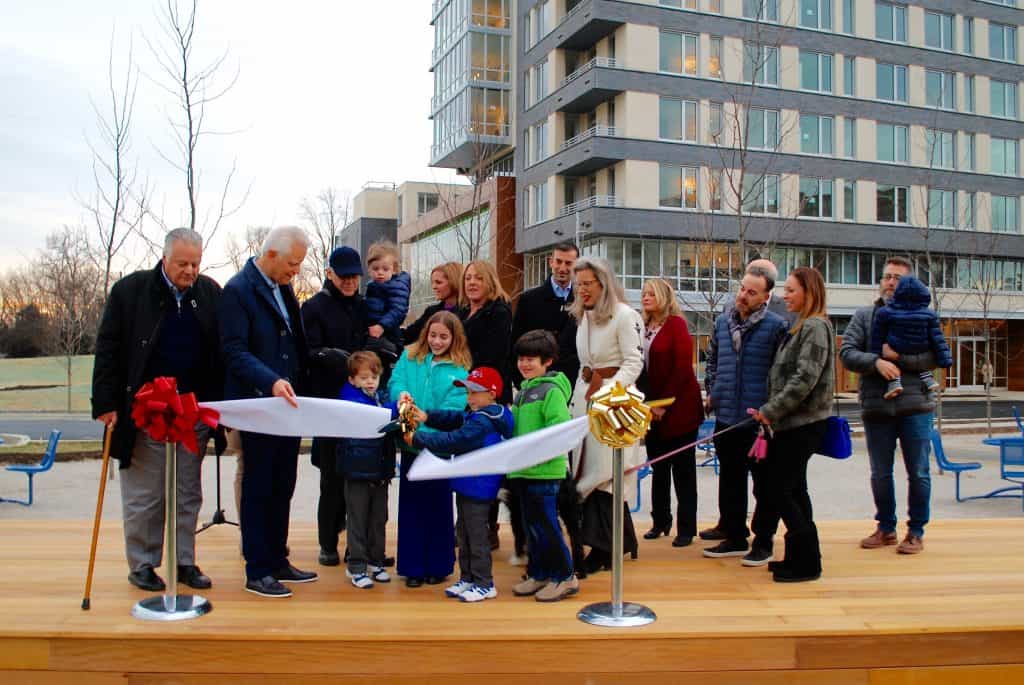 Jeffrey Abramson (second from left), partner in The Tower Companies, and members of his family cut the ribbon on Sonny’s Green, making the opening of The Pearl apartments. Photo by Mike Diegel.

Officials with The Tower Companies marked the opening of new apartment building that’s part of the redevelopment of the Blairs with a Feb. 11 ribbon cutting and unveiling of an art installation.

The installation by D.C.-based artist Kelly Towles, titled “Light the Way,” is modeled after meditation mazes and is illuminated at night. It will be on display until Feb. 20

The ribbon cutting marked the official opening of Sonny’s Green, one of several parks planned for the 30-acre redevelopment. It is named after the company’s founder, Albert “Sonny” Abramson, and includes playground equipment, a walking trail, community garden and a dog park that is open to the public.

The Pearl includes studio, one-, two- and three-bedroom apartments with a number of amenities such as a rooftop pool, courtyard, flex workspace, indoor lounge with entertainment kitchen, and a two-level fitness center along with concierge service.

Photos below by Mike Diegel.