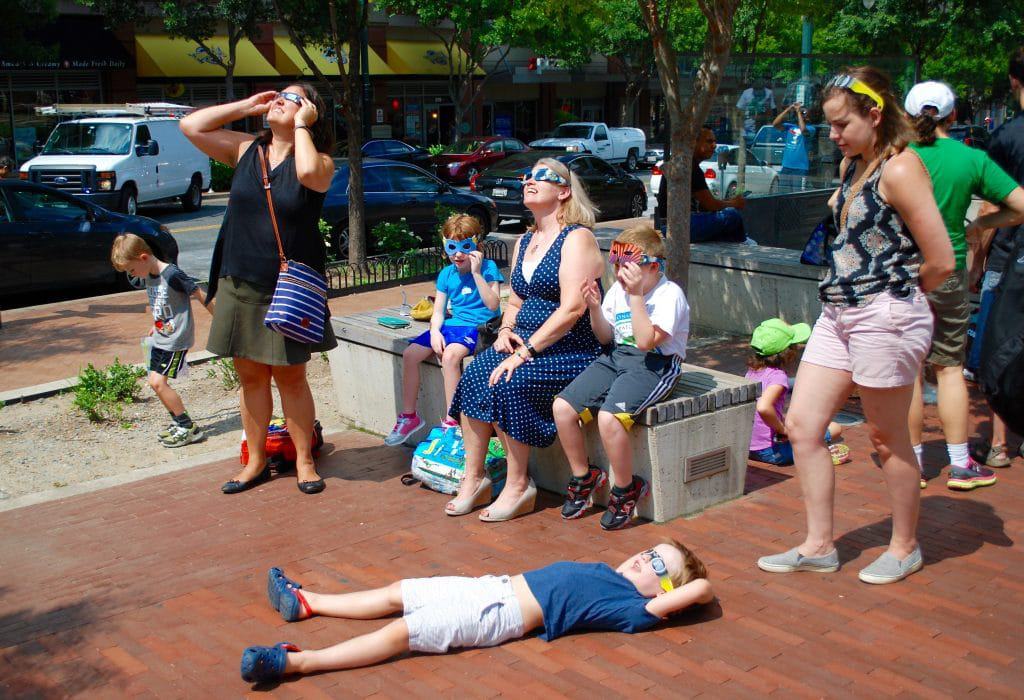 Donations of your used glasses will go to schoolchildren. Photo by Mike Diegel.

A Silver Spring dentist is collecting used solar eclipse glasses to donate to a program from Astronomers Without Borders.

Dr. Jacob Nix is accepting glasses at his office located at 8607 Second Ave., Suite 101 and will forward them to one of the organization’s collection points.

Astronomers Without Borders will distribute the glasses to schools in South America and parts of Asia, where an eclipse will be visible in 2019.

Dr. Nix first heard about the program via an article on Gizmodo.

“This is an opportunity for schools to have a first-hand science experience that they might not otherwise have,” Astronomers Without Borders President Mike Simmons said in the article. “Many schools in developing countries don’t have resources for science education and this is a rare opportunity that inspires students and teachers and shows them that science is something they can do. It can be a ray of hope for young people who don’t otherwise see a path to a career like this.”

Some companies that sold glasses for the eclipse have said that, while it may tempting to hold onto them for the next one to cross parts of America on April 8, 2024, manufacturers are warning that the lenses can expire after one to three years.

However, according to NASA, “If your eclipse glasses or viewers are compliant with the ISO 12312-2 safety standard [and] if the filters aren’t scratched, punctured, or torn, you may reuse them indefinitely. Some glasses/viewers are printed with warnings stating that you shouldn’t look through them for more than 3 minutes at a time and that you should discard them if they are more than 3 years old. Such warnings are outdated and do not apply to eclipse viewers compliant with the ISO 12312-2 standard adopted in 2015.” (Emphasis in the original.)

So don’t just chuck them in a drawer for the next seven years if you want to reuse your glasses.

Another option for donating glasses is to send them to Astronomers Without Borders corporate sponsor, Explore Scientific, at 621 Madison Street, Springdale, Arkansas, 72762.

Know any other offices or organizations collecting eclipse glasses for donation? Let us know in the comments.