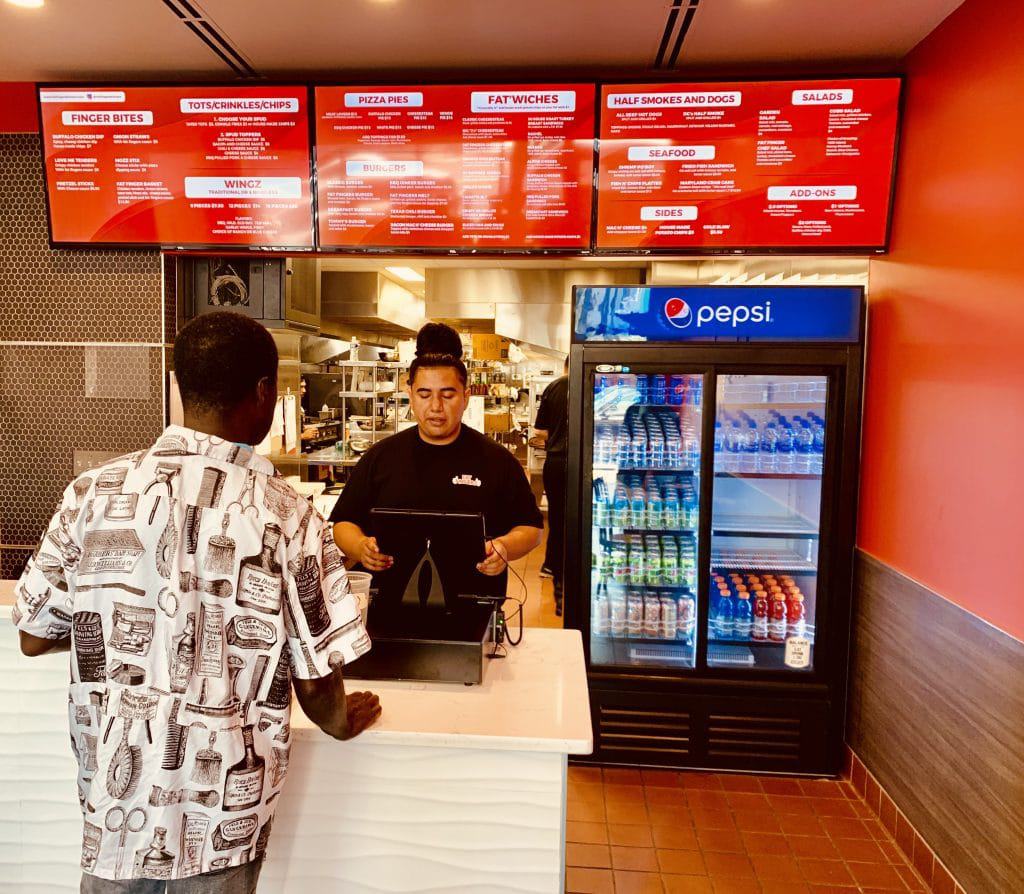 Fat Fingers began operating last week with a soft opening at 8213 Georgia Ave. in anticipation of its grand opening, tentatively scheduled for August 19.

The name comes from a longtime friend and business associate of Fat Fingers partner Jimmy Marmaras, who once told him he had the fattest fingers and added, “Your name is Fat Fingers.”

“I looked at him and I go, ‘You know what? That’s going to be a good name one day’ to open up a nice café/restaurant,” Marmaras said.

Marmaras’ cousins own The Big Greek Café nearby, and they had been talking for several years about opening a business together.

“I brought up the idea, the concept of Fat Fingers, and they loved it,” said Marmaras, who handles the marketing and advertising for the restaurant.

“Something that is traditional, old school, the old-fashioned type, the comfort-food type,” he continued. “Not a lot of places are catering to that nowadays. I think there’s still a place for that around here and still think that’s going to come back.”

The menu features several types of cheesesteaks, burgers and other sandwiches, pizzas, half smokes and hot dogs, three salads, fish sandwiches, a crab cake, and side dishes such as mac and cheese. Appetizers include finger foods like wings (traditional and boneless), mozzarella sticks, onion straws, chicken tenders and a chicken and cheese dip with house-made potato chips.

Through his cousins, Marmaras met his current partner, Tom Strawser, who is now director of operations for both Fat Fingers and The Big Greek Café.

For the opening, about 15 people are employed there, but that number may come down, said Strawser, who handles HR among other duties.

One of Strawser’s other duties is determining menu item costs and setting the prices.

“We did the easy work,” Marmaras joked. “We just told him what we liked to eat. He took that, and he did all the hard work.”

Fat Fingers will be available through the Uber Eats, GrubHub and Door Dash delivery services, and offers a 20 percent discount to all active military members, veterans and first responders.

“This is our first of hopefully many more to come,” Marmaras said.