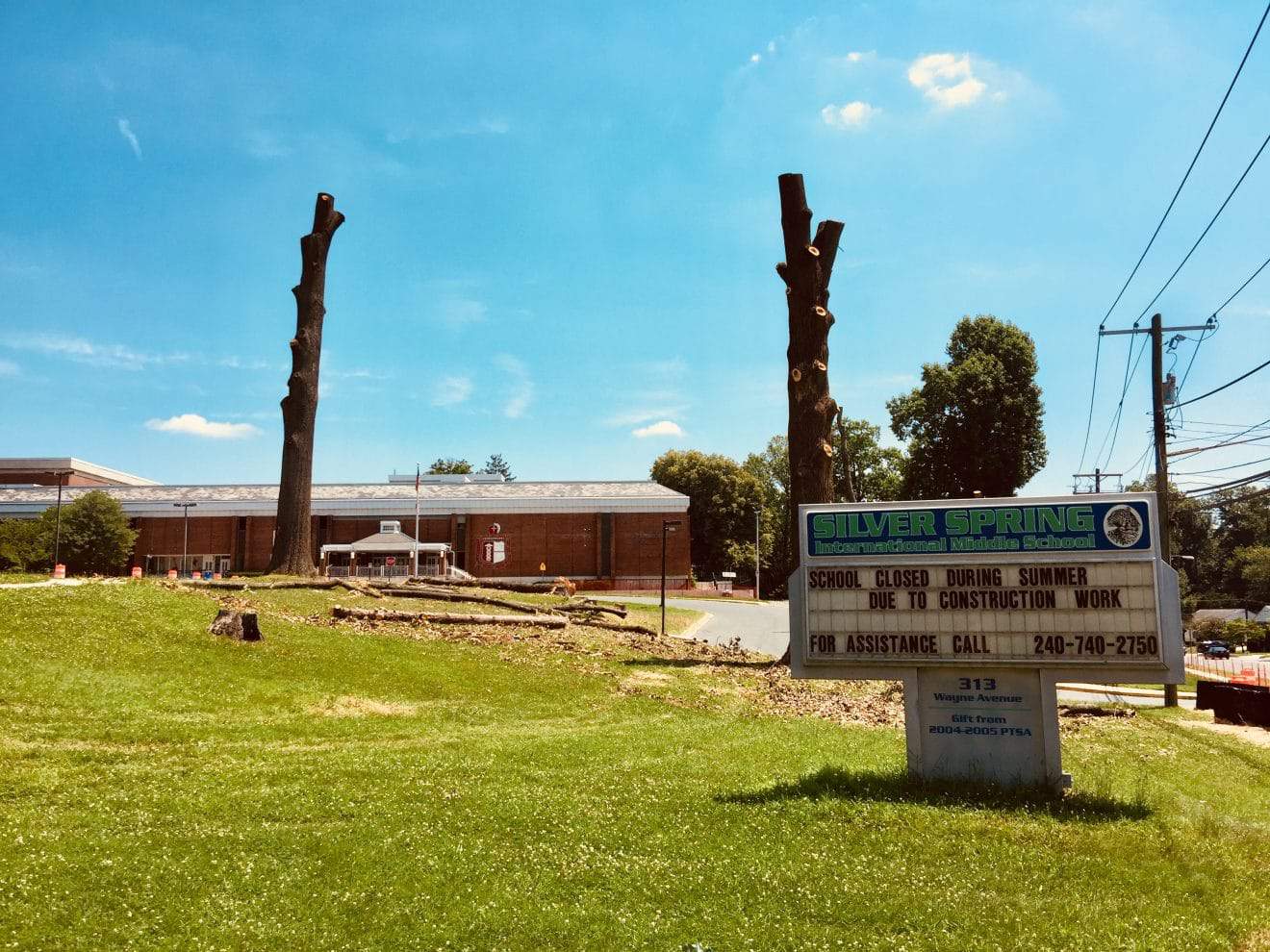 Trees around the parking lot of the middle school on Wayne Avenue came down to allow for new construction. Photo by Mike Diegel.

Excavation work is scheduled to begin this week in preparation for the reconfiguration of the parking lots at Silver Spring International Middle School.

The work follows last week’s removal of the trees surrounding the current lot on the corner of Dale Drive and Wayne Avenue; plans call for landscaping around the new lots to replace the trees.

A new upper lot will have its entrance/exit on Dale Drive. A new egress to a middle and lower lot will be constructed on Wayne Avenue north of the current entrance and the future Purple Line station.

Plans now show the line’s traction power substation will be located in front of the school, north of its original location near Greebrier Drive. The station will be screened from the school, according to renderings from the Purple Line Transit Partners.

The light rail’s two tracks will run down a center lane on Wayne Avenue, where the station will be built. Vehicular traffic will share that lane with the rail cars, and left turn lanes will be added at Cedar Street, Dale Drive and Manchester Road. Parking will be allowed in the outside lanes during off-peak hours.

The county Green Trail will be built along the north side of Wayne Avenue at the same time the Purple Line is built.

Work on the parking lots should be completed by the start of the next school year, with additional construction planned later.

In the meantime, demolition of the former FedEx Office building on East-West Highway also is scheduled to begin this week.