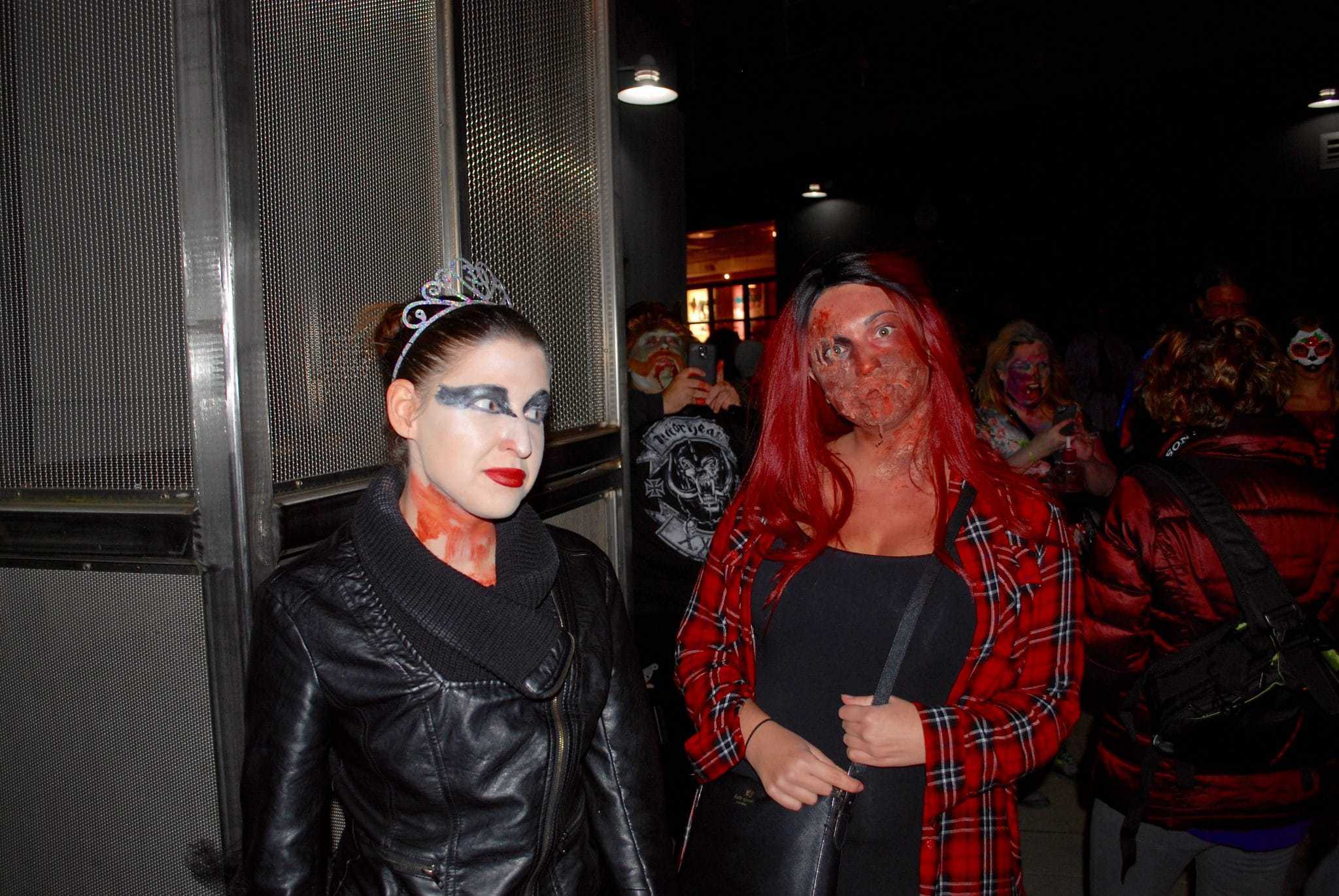 Photo from the 2016 walk by Mike Diegel.

“He’ll be doing a mix of sort of Halloween stuff and then just general funk,” she said.

“We’ll have the party going on later in case people aren’t doing the walk,” she said, with happy hour pricing from 9 p.m. until closing at 1 a.m. Denizens’ beer garden and tap room will be decorated for the occasion and party goers will find candy and makeup available along with beer and food.

While the exact details are still being worked out, Denizens will also have a costume contest with gift certificates to the taproom and Denizens swag as prizes.

Councilmember Hans Riemer (D-At Large) will be doing the walk with his sons again this year, and had some words of warning.

“Stay away from Silver Spring . . . if you know what’s good for you,” he cautioned.

“I am glad we have a zombie walk where I can stagger around with my undead friends,” he continued, “because I wasn’t getting the best reception going door to door with cadaver parts in my mouth.”

On a more serious note, Riemer said the walk is “just one more reason that Silver Spring is the coolest place in the DMV.”

The walk will follow the traditional route down Georgia Avenue to Ellsworth Drive, across to Fenton Street and then down Colesville Road to AFI Silver Theatre.

This year, the theater is featuring a special 4K restoration of George Romero’s 1968 classic “Night of the Living Dead” starting at 10:10 p.m.

The showing harkens back to the first year of the Zombie Walk, which was 2008.

“Karl asked where people would go in DTSS if there was a zombie apocalypse,” Robbins told the Source last year. “[There] ended up being a big debate. That led to me putting out the idea that we should have a zombie walk through Silver Spring.

Robbins later turned organization of the event over to his brother Michael and Pete Tantisunthorn (of Silver Spring Inc.).

“Michael and Eric and Pete Tantisunthorn did the work of starting this tradition up in Silver Spring and keeping it going,” Bruno said. “Mike approached us to see if Denizen’s would take it over as an institution in Silver Spring so that it didn’t fall on those individuals every year to do it, which I think is a reasonable request after all of these years of organizing it.

“[Mike] mentored us this year in terms of getting everything set up and coordinating with the right folks throughout Silver Spring,” she added.

This is the second year Denizens has hosted the zombies, who, after moving from the Quarry House, used to gather prior to the walk’s start at Jackie’s Restaurant until it closed in 2016.