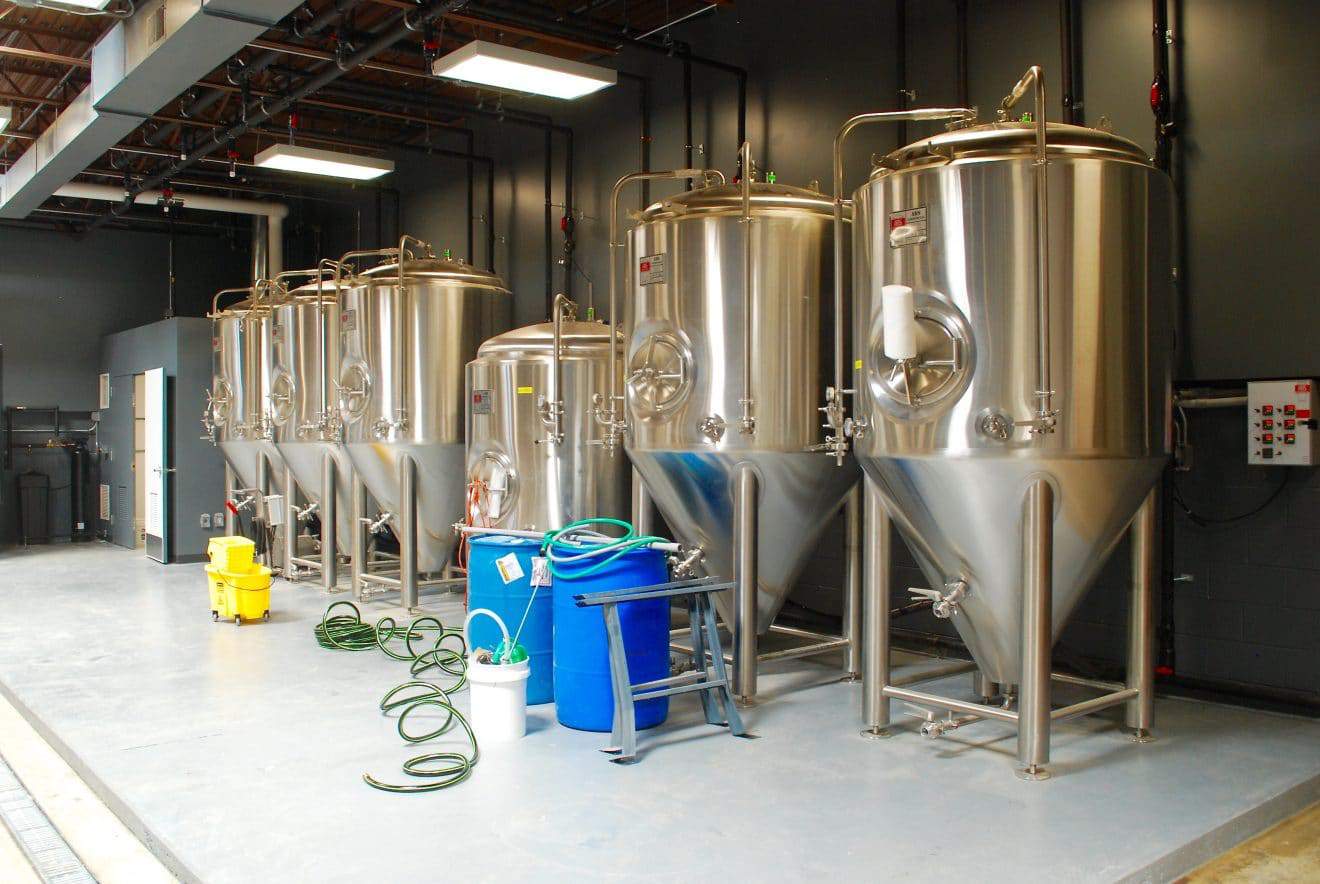 The fermenters are installed at Astrolab Brewing. The boiler room is in the back. Photo by Mike Diegel.

Brewery fans are just weeks away from enjoying a fresh cold one at Astrolab Brewing, according to cofounder Emma Whelan.

“We’re currently in the process of getting our boiler up and running and properly functioning, and we’re hoping that will be early next week when that’s finalized,” Whelan said.

“Our aim is to brew at the end of next week,” she added. “We have a 15-barrel brew system,” including five 15-barrel fermenters in the back of the house.

The back end of the building at 8216 Georgia Ave. also will be used for storage, and includes the boiler and the mill room.

That’s where the equipment is housed to mill and feed the grain into the mash tun, which then converts the starches in crushed grains into sugars for fermentation.

The current plan is to open about four to five weeks after they start brewing, Whelan said.

There also is a raised apron for outdoor seating on Georgia, and rolling doors that can be opened in good weather.

“What you see is a lot of reclaimed wood that we’re also using for some drink shelving [and] some outdoor/indoor tables that we can use in the door apron,” Whelan said. “We also use the same wood on the bar.

“It’s reclaimed wood from old row houses in Baltimore,” she added. “We worked closely with Brick and Board, which is based in Baltimore.”

In the meantime, the rest of the brewery’s kitchen equipment will be installed and ready for opening. And while the Champion Billiards sign still exists, the message that patrons see will be changed shortly.