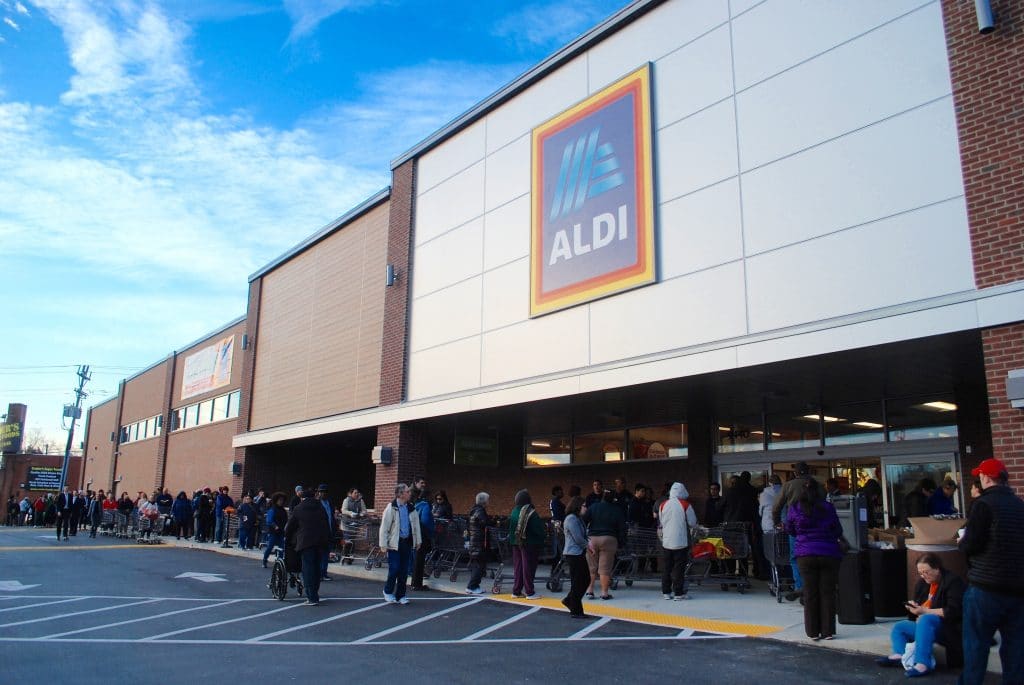 Customers waiting for the new store to open. Photo by Mike Diegel.

Customers began lining up well before dawn to be among the first to enter the new ALDI grocery at 9440 Georgia Ave. during its grand opening this morning.

Following a ribbon cutting, the doors were opened for business. The first 100 customers received ALDI gift cards in various amounts. Employees also gave out eco-friendly shopping bags, and customers could register for a drawing to win free produce for a year.

The new store, opened in a former Staples location, has hired 35 people, said Alex King, director of operations for about 20 outlets in the company’s Frederick division.

“We’re still looking to hire some more as we have some more hiring that’s coming up, but in general, we’re looking for probably around 30 to 40 employees to work at this store,” King said.

About 90 percent of the products ALDI carries are private-label items, King confirmed (though the majority of such products are in fact made by brand-name manufacturers). Customers will see some name-brand products such as juices, sports drinks, candy, English muffins and others.

The store also has an aisle of seasonal items that are only available in limited quantities.

King acknowledged the proximity of Snider’s Grocery, a long-time neighborhood favorite. While admitting he wasn’t that familiar with the store, he said, “Ultimately, anybody who’s selling groceries is certainly going to be a competitor with us, but the most important thing for us is obviously offering the lowest cost groceries at the highest possible quality.

“If we’re doing that,” he added, “then I think were doing the right thing.”

As previously reported, the Silver Spring store is part of a $3.4 billion investment plan ALDI recently announced to expand to 2,500 stores nationwide by the end of 2022. ALDI currently has more than 1,600 stores in 35 states, serving more than 40 million customers each month.

Shoppers in the bakery/produce aisle at ALDI. Photo by Mike Diegel. 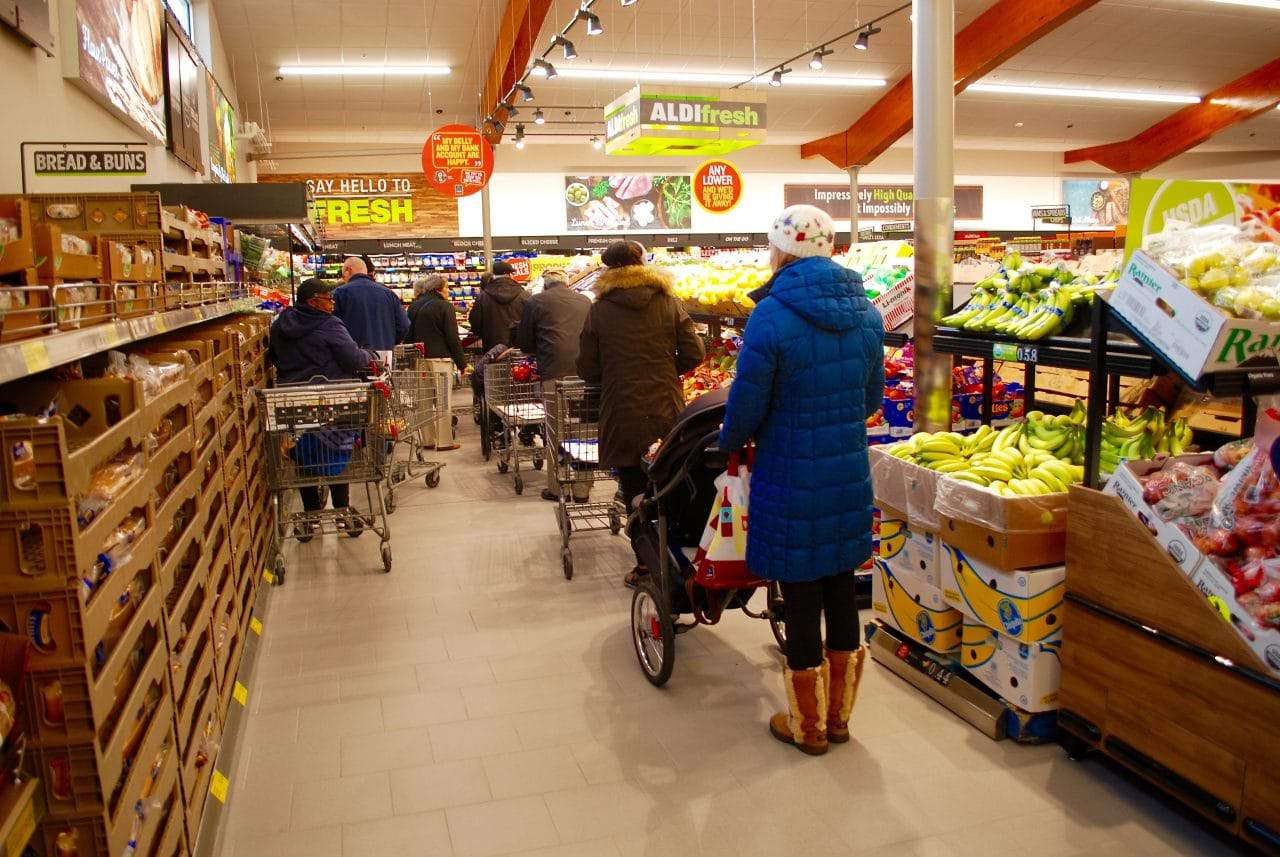