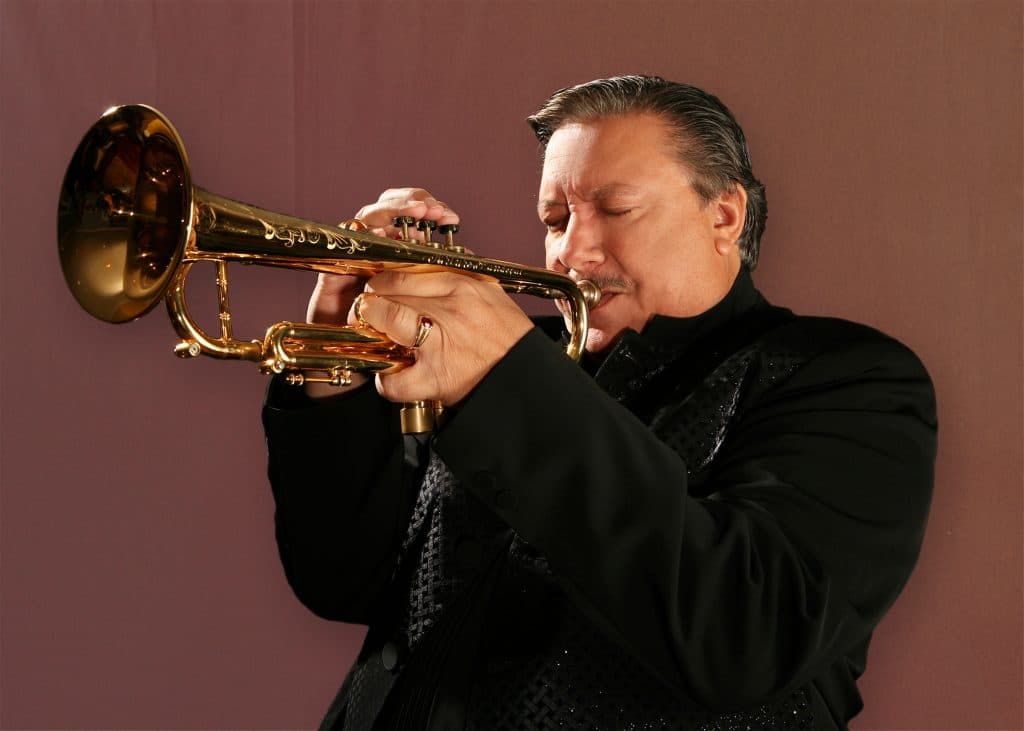 The free festival, which was threatened with cancellation earlier this year, will take place from 3-10 p.m. Saturday, Aug. 24 on Veterans Plaza.

Sandoval has won 10 Grammys and six Billboard awards. He also won an Emmy for his compositions that accompanied an HBO movie based on his life, “For Love or Country,” which starred Andy Garcia. He has recorded with a number of other artists, including Woody Herman, Josh Groban, Tony Bennett, Stan Getz, Frank Sinatra, Paul Anka, Rod Stewart, Justin Timberlake and Alicia Keys.

Sandoval is a renowned composer of movie soundtracks and classical music, and also plays flugelhorn and piano. He was awarded a Presidential Medal of Freedom in 2013 by President Barack Obama.

This year’s festival will include two stages and performances by festival cofounder Marcus Johnson, The Eric Byrd Trio, Paul Carr and The Real Jazz Ambassadors, and others. A full lineup and schedule will be released on the festival’s website in the near future.