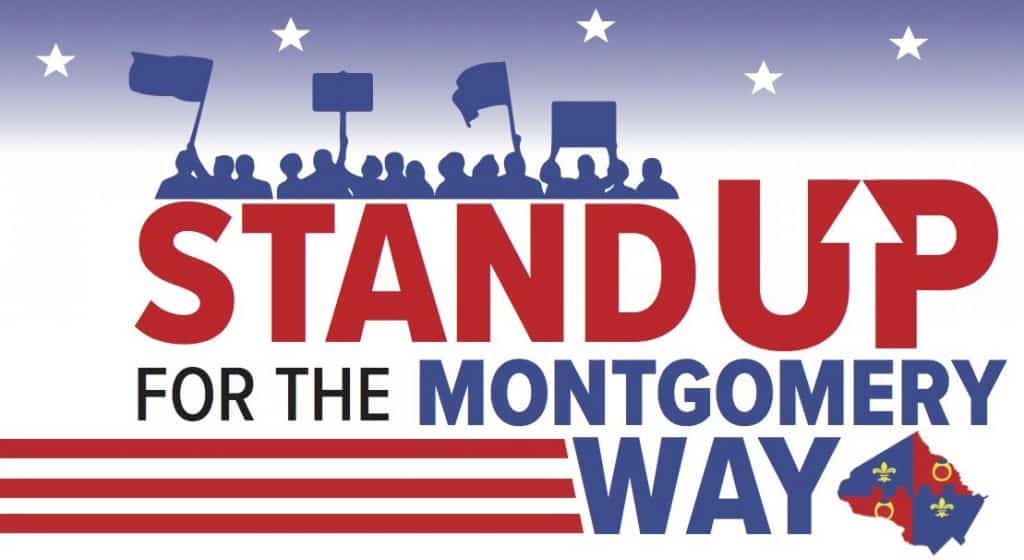 Montgomery County is sponsoring a Silver Spring rally titled “Stand Up for the Montgomery Way” Nov. 20 to reaffirm “the values of diversity, inclusion, and respect for all that have made Montgomery County special,” according to a flyer circulated by the Public Information Office.

The rally will be held from 2:30-3:30 p.m. at Veteran’s Plaza in downtown Silver Spring. County Executive Ike Leggett, council members, community and faith leaders are expected to attend. Music will precede the program beginning at 2 p.m.

In addition, members of the Park Hills Civic Association have circulated an invitation for neighbors to join them as they march in the county’s Thanksgiving Parade Nov. 19 “in support of an inclusive, tolerant, welcoming community that emphatically says ‘No’ to politically-motivated intimidation, bullying, vandalism and hate that we have recently witnessed,” according to the email invitation.

The association is asking supporters to meet their parade vehicle as it exits the Town Square Garage on Ellsworth Drive, which is expected to be about 10:45 a.m. The parade itself starts at 10 a.m.