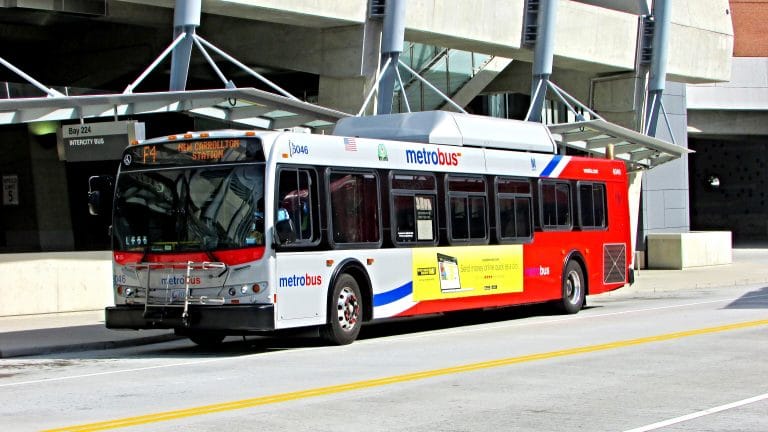 Councilman Tom Hucker has joined the fight to save the WMATA J5 Metrobus. Photo from Wikimedia Commons.

We previously reported that a petition is circulating to save the J5 Metrobus route that runs from the Silver Spring Transit Center to Twinbrook. Now, Montgomery County Councilman Tom Hucker has joined in efforts to save the route.

“Many people depend on the J5 route every day,” Hucker said on his website. “If Metro needs to save money, it should consider other options such as reducing the number of daily runs or reroute it, rather than eliminate it entirely.”

The petition is organized by Takoma Park resident Javel ‘Jay’ Wilson, a 2-year rider of the J5. He uses the route to commute to his  job in North Bethesda. As of this post, the petition currently has 165 signatures:

The J5 bus line is vital to current riders to get to and from work each day. There are no alternative METRO bus lines that serve the same route. Eliminating the J5 bus line will cause most commuter daily commute times to increase by 50 to 100% or more as they will have to take the red line train through the city or take at least two buses to travel from home to work each day. Not only will the trip times increase drastically the daily commute cost will quadruple for many current J5 riders.

Other alternatives, such as RideOn’s 5 bus route, would nearly double the commute time.

Hucker is suggesting alternatives to WMATA’s General Manager Paul Wiedefeld, such as fewer daily runs and rerouting the J5 off the Capital Beltway.

“Elimination of this route will significantly impact the daily commutes of many County residents who rely on it to get to work, school, and home in a timely manner,” Hucker wrote in a letter to Wiedefeld.

“As you know, residents who rely on public transportation often do so of necessity and avoid costlier modes, including Metrorail, to make ends meet. While WMATA has suggested alternative routes, including the Red Line, it is important to note that each alternative route would require additional fare payment, longer travel time, or route transfers, all of which directly affect a rider’s commute.”