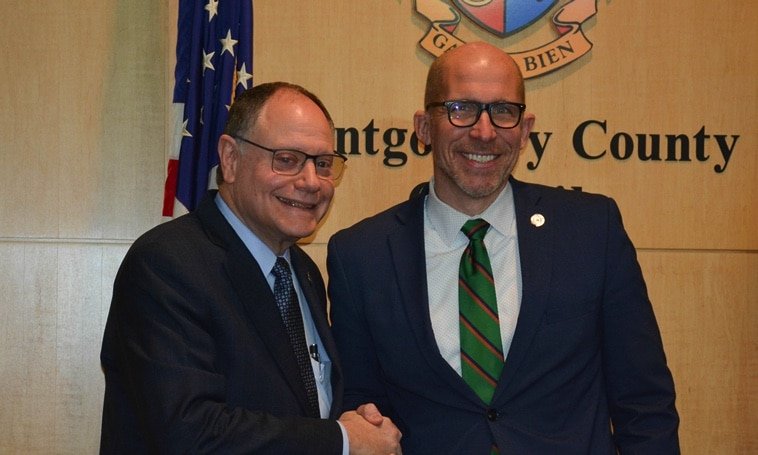 Councilmember Tom Hucker (D-District 5) was elected vice president of the County Council for a one-year term.

Traditionally, election as vice president is a precursor to being chosen as council president the following year.

Hucker has represented the district, which includes Four Corners, Hillandale, Lyttonsville, Silver Spring and Takoma Park, since 2014. He is chair of the council’s Transportation and Environment Committee and as a member of the Public Safety Committee.

Prior to being elected to the council, Hucker was a member of the Maryland General Assembly from 2006 to 2014. He also founded Progressive Maryland.

“He and I have worked collaboratively on the Public Safety Committee for several years and in other areas, so I know he and I can work very effectively together,” he added.

“I will spend the next year continuing to work with businesses located here, and those that should locate here, so we can expand and strengthen our economy,” said Katz in a press release. “A growing economy is the foundation upon which we can all prosper. As we work to increase our tax base, we must seize every opportunity to demonstrate that we are a great place to do business, that we are welcoming, that our regulations and requirements are no more onerous than those in surrounding jurisdictions and that we are responsive to the criticism we hear.”

Both men were elected unanimously and their terms begin immediately.