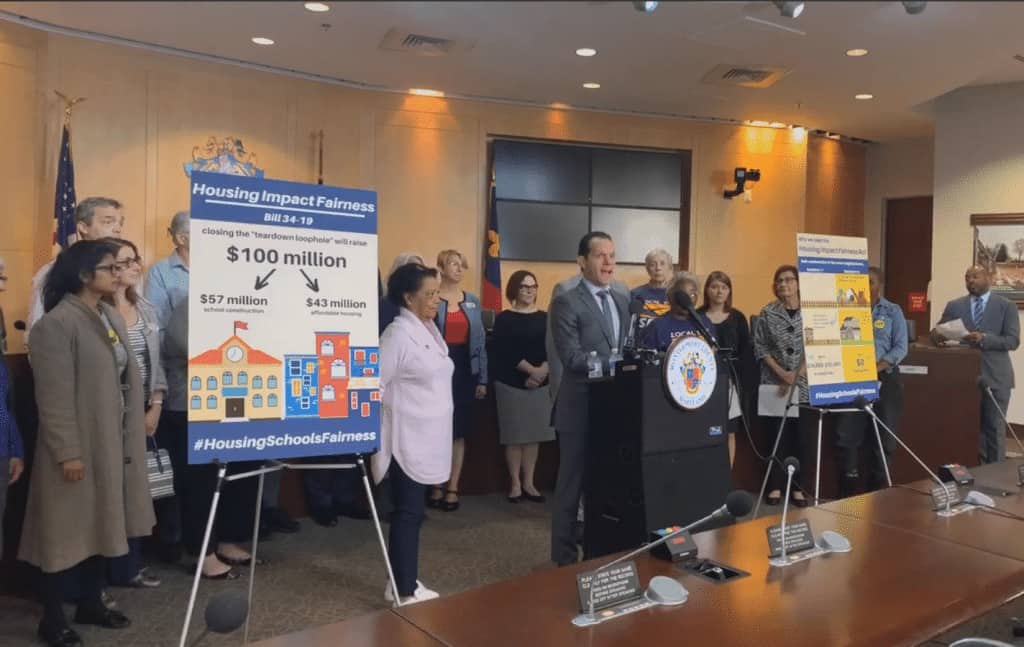 Co-sponsored by Councilmember Will Jawando (D-At Large), the bill would earmark the new revenue for school construction and affordable housing initiatives.

“[The legislation will] close the teardown loophole here in Montgomery County so that all new residential development contributes to our growing impact and infrastructure needs” Glass said in a press conference.

The bill would create a new “Affordable Housing Teardown Excise Tax [that] would apply to certain total demolitions and partial demolitions of attached or detached single-family homes when the replacement home has a greater square footage than the original home,” according to the staff report.

This revenue would be used solely for affordable housing initiatives.

In addition, the bill would “apply the public school impact tax to a new, reconstructed, or altered attached or detached single-family home that replaces a home built before the effective date of the school impact tax law, which was March 1, 2004.”

Homes built before that date were not subject to the impact tax. This revenue would be used for public school improvements.

“The new home that replaces it is approximately 4,200 square feet and sells for $1.75 million,” he added.

The bill would not charge impact fees to extensions, additions, or similar remodeling projects, Glass said.