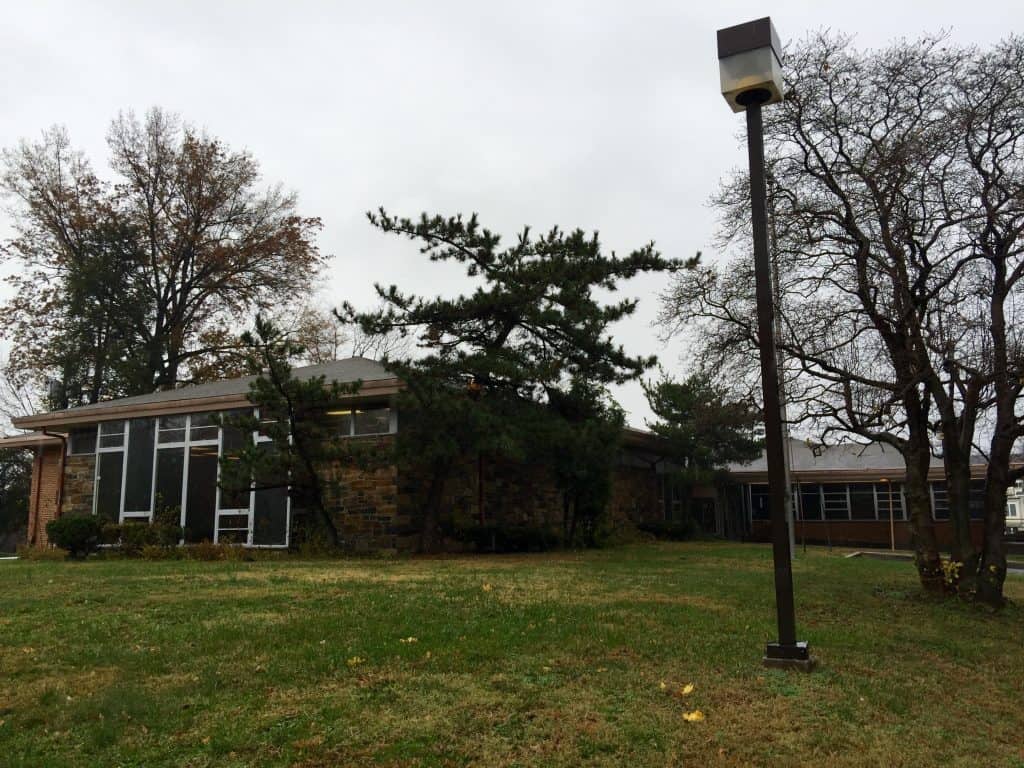 The site of the old Silver Spring Library is slated for redevelopment. It currently houses the Friends of the Library used bookstore. Photo by Mike Diegel.

The county’s Department of General Services has issued a Request for Development Proposals to reuse the old Silver Spring Library site at 8901 and 8907 Colesville Road.

The RFDP asks that proposers provide senior housing, with a minimum of 30 percent of the units affordable for households at or below 60 percent of the area’s median income.

In addition, the proposal should include facilities for qualified childcare.

Developers can repurpose the existing library, build new construction or use some combination of the two approaches, as long as there is no cost to county.

The proposal also needs to include a plan to incorporate green space that blends with the existing Ellsworth Park “to the best possible extent.”

A group of residents, including several from the adjacent Seven Oaks/Evanswood neighborhood, recently began a petition drive calling for the site, which includes a parking lot abutting the current park, to be turned over to the Department of Parks and used for green space, consistent with recommendations in the area’s Master Plan. The petition garnered 862 signatures.

In addition, Casey Anderson, chair of the county’s Planning Board, urged that the space be considered for a park.

A competing petition, launched by Just Up the Pike’s Dan Reed, called for the site to be used for affordable housing. That petition got 291 supporters.

Noting the input received in meetings with various stakeholders, the RFDP says, “Proposers are requested to consider the dynamic interests associated with the Site while meeting the County’s objectives listed above.”

The site is currently zoned R-60, which does not allow for multifamily housing. The selected developer will need to seek any zoning changes and/or amendments to the applicable master plans that may be needed to accommodate the proposal.

Proposals are due by 4 p.m. February 16, 2017. The county reserves the right to reject any and all proposals. Any questions about the proposal should be directed in writing to Ronnie L. Warner, redevelopment manager in the Office of Planning and Development.