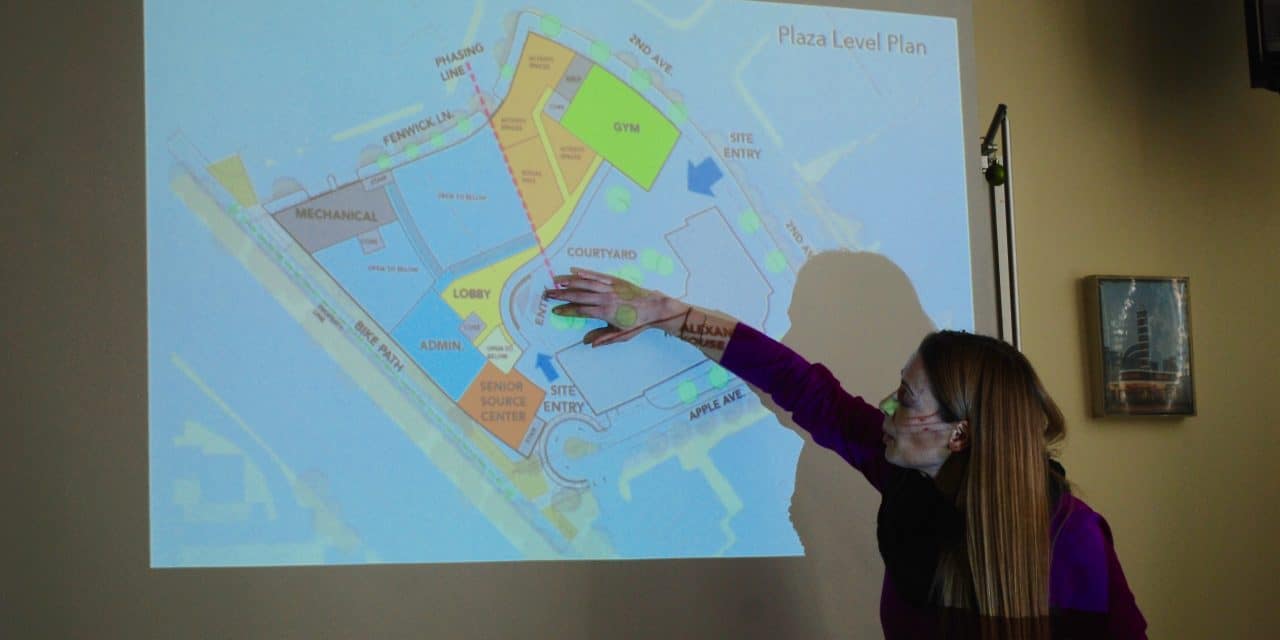 A 120,000-square-foot regional recreation and aquatic center highlights a revised plan for a new complex in downtown Silver Spring.

Elizabeth Square will be built in the area bordered by Fenwick Lane, Second Avenue, Apple Avenue and the Metro right-of-way.

The plan, presented yesterday to the Silver Spring Urban District Advisory Board, calls for mixed-use development with retail and residential units including workforce, affordable and senior housing, along with the recreational facilities.

“It’s a significant regional facility, not just for the local neighborhood like some of our other community and neighborhood centers,” said Greg Ossont, deputy director of the Department of General Services.

The County Council recently approved a supplemental appropriation of $3.8 million to fund the initial design phase, he said, and the county executive’s new budget proposal includes the balance for what’s expected to be about a $40 million project.

The revised preliminary plan has been approved by the Planning Department, said Alex Shifflett, an associate with KGD Architecture, who presented the design plan.

“We’re currently working on a program of requirements to figure out what exactly [the county] wants in the buildings,” she added.

The complex also will house the Montgomery County Sports Hall of Fame and a senior source center run by Holy Cross Hospital.

The new complex will replace the existing Elizabeth House and Alexander House and add another building. The Housing Opportunities Commission made a deal to expand onto the neighboring Fenwick Professional Park property currently owned by Lee Development Group. HOC will own and operate the complex.

According to Mel Tull with LDG, the plan is to break ground late in 2017 and have the complex complete and open sometime in 2020.