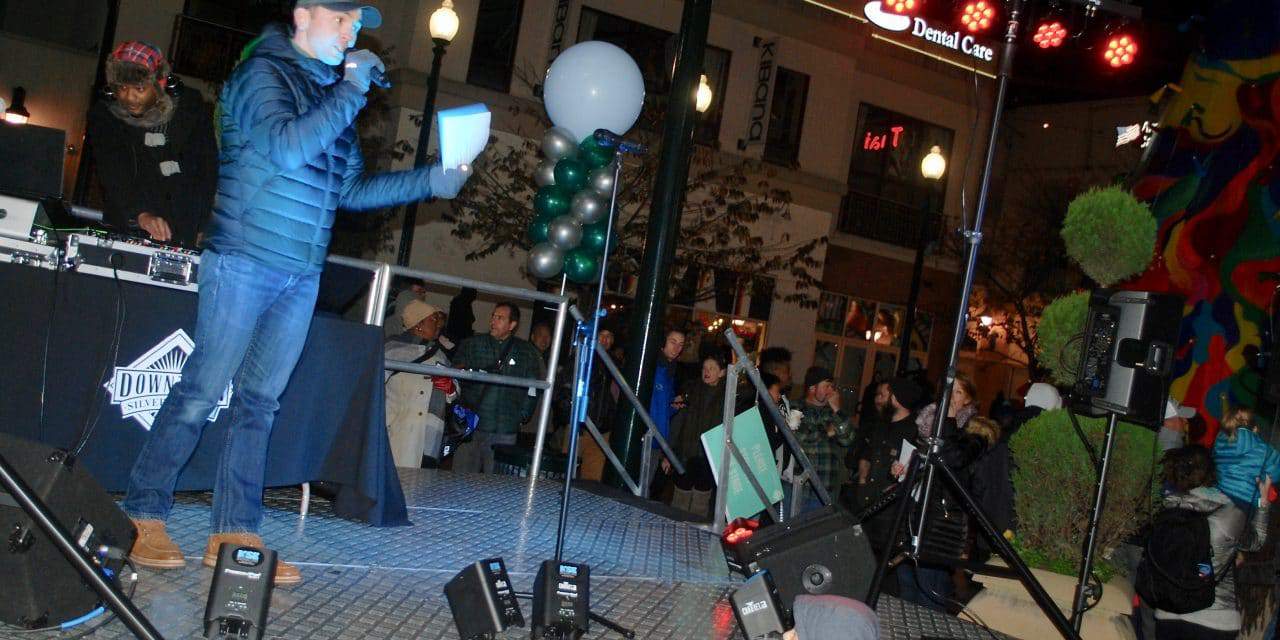 The tree was once again designed by Karl Unnasch, who has created the Re-Imagining the Holidays art installation for the past six years, along with a partner, Michael Cimino, and three local artists—Michelle Izquierdo, Vanessa Smith and Erick Satchell II.

The 35-foot tall installation is topped by a mobile sculpture, and additional mobiles are installed in the breezeway from the Wayne Avenue garage. The tree will be on display until the end of the holiday season.

Top, Tommy McFly, formerly of FreshFM 94.7, once again served as emcee for the tree lighting. All photos by Mike Diegel. 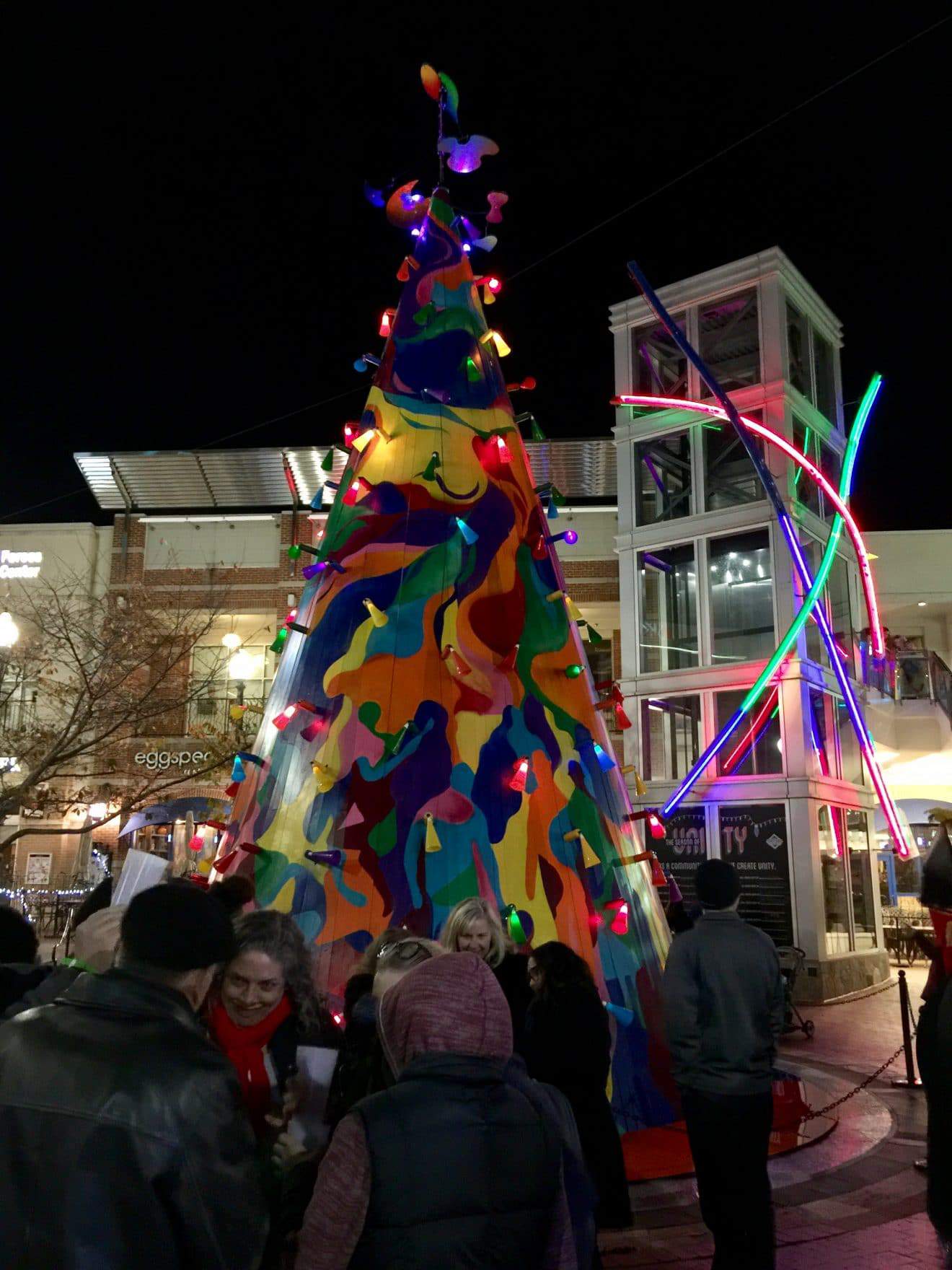 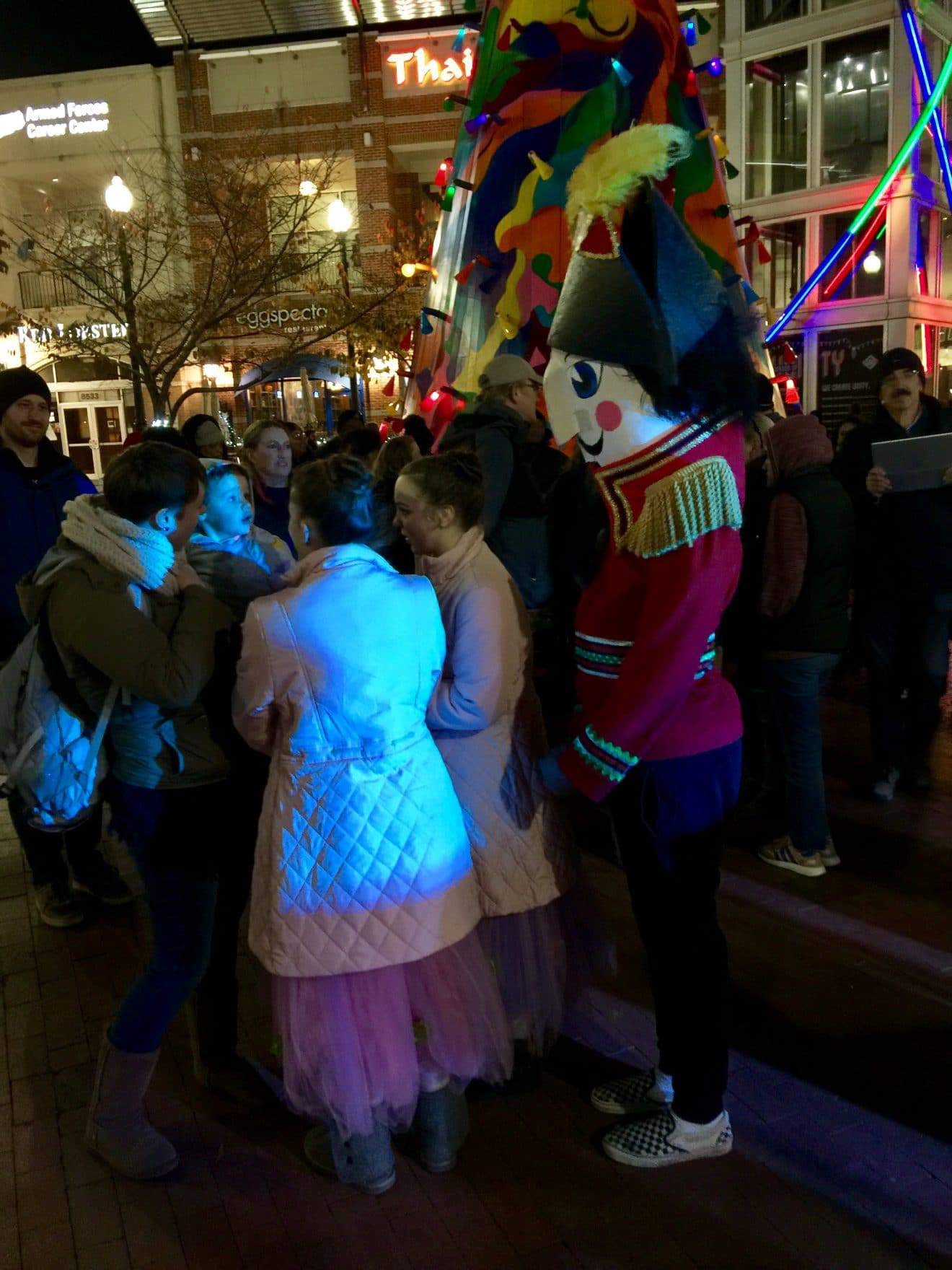 The Nutcracker, escorted by dancers from the Maryland Youth Ballet, was a popular attraction and photo op for children. 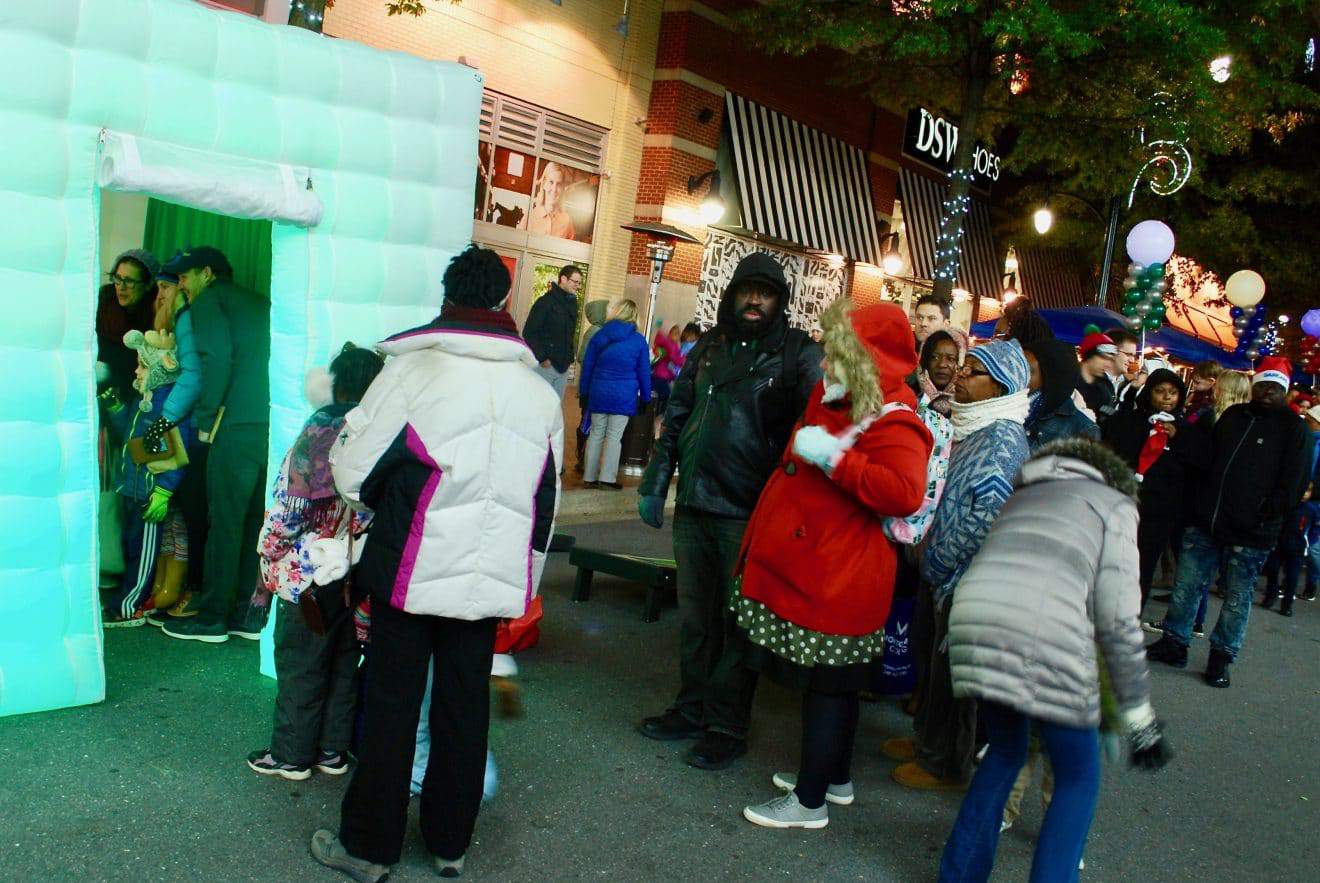 Many families and groups of friends lined up to have a picture taken in the photo booth. 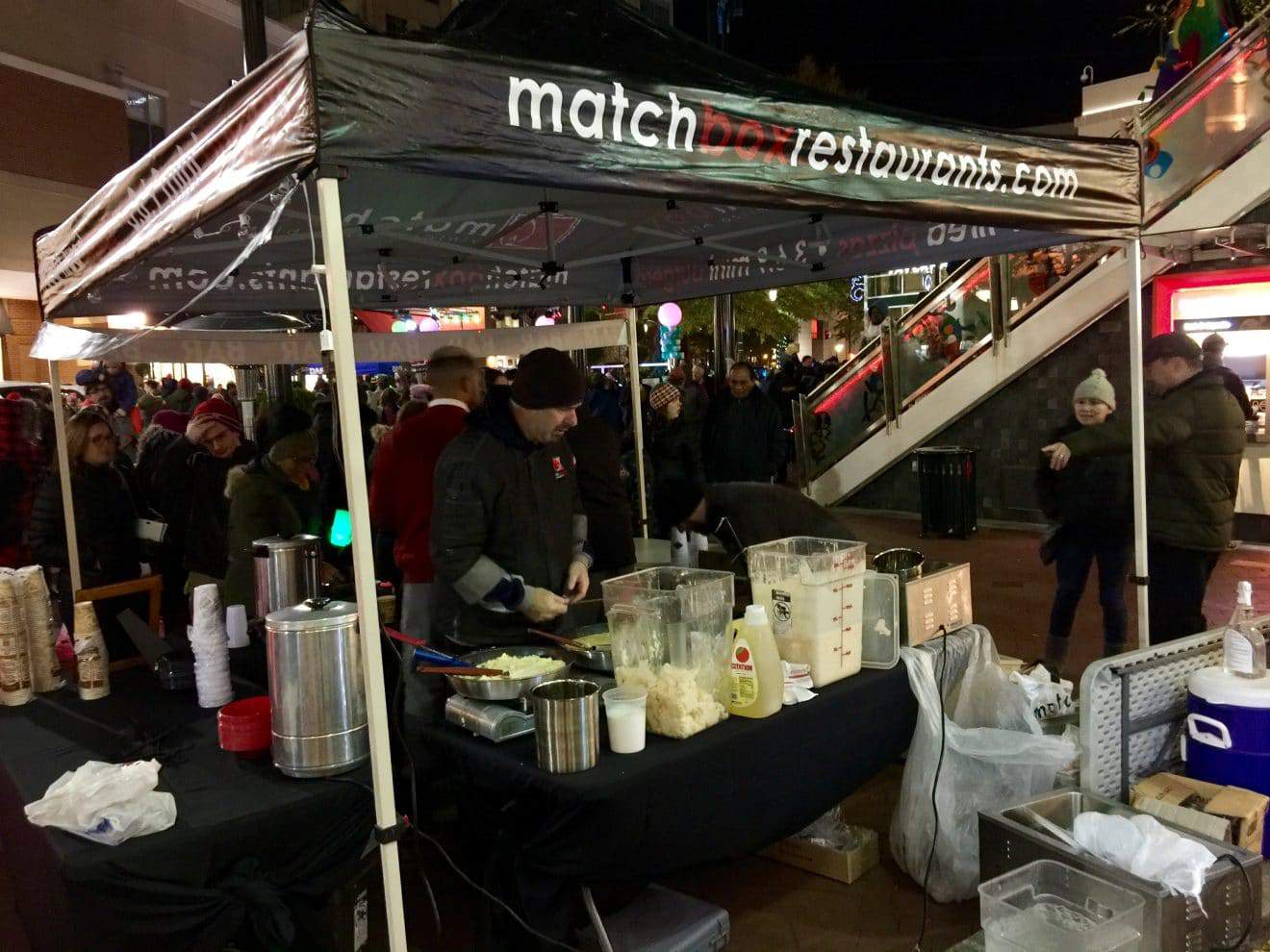 Matchbox Vintage Pizza Bistro, which will fill the space formerly occupied by Hen Quarter, was selling shrimp and grits along with drinks such as mulled wine.