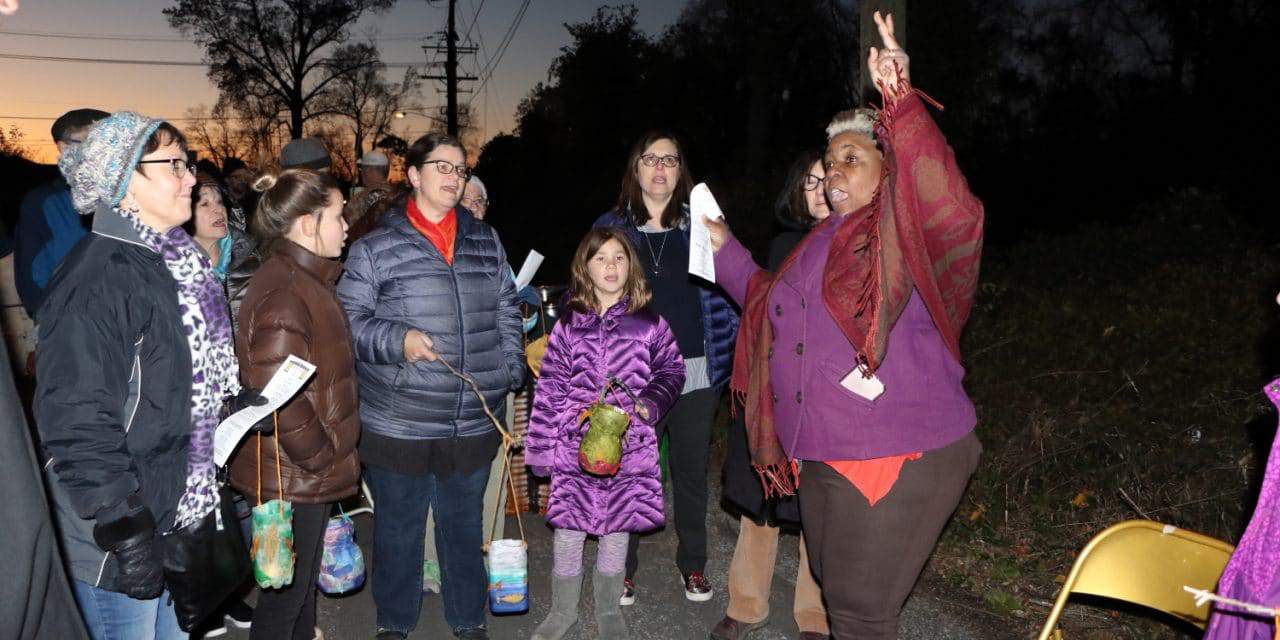 North Woodside resident Anna White conceived the event as a way to build off of the momentum achieved during September’s centennial celebration for the bridge.

The lantern walk kicked off at dusk with a round of songs led by Andrea Blackford, the founder of the Washington Revels’ Jubilee Voices, headliners from September’s bridge birthday party.

White and her colleagues placed luminaries along the bridge, which has been closed to vehicular traffic since 2017. They also set up a refreshment table where participants got hot cider and baked goods after completing the circuit that took walkers across the bridge and into North Woodside and then back across the bridge into Lyttonsville.

Lifelong Lyttonsville resident Charlotte Coffield led the procession carrying a symbolic “bridge candle” to the center of the bridge. Coffield remained seated with the lantern as walkers passed by.

White said that the next Talbot Avenue Bridge event will be a community potluck in the spring, followed by another lantern walk. After the historic bridge is demolished in early 2019 and replaced by a new structure over the Purple Line, White wants to make the lantern walks an annual event.

“Pat Tyson, who is a Lyttonsville resident…[talks] about the bridge’s voice,” White told the crowd. “It still speaks and it has a voice…the bridge calls us connect with each other.”

Festival events like the centennial and lantern walks are how White and her neighbors on both sides of the bridge intend to use the civil rights landmark as a catalyst for community building. 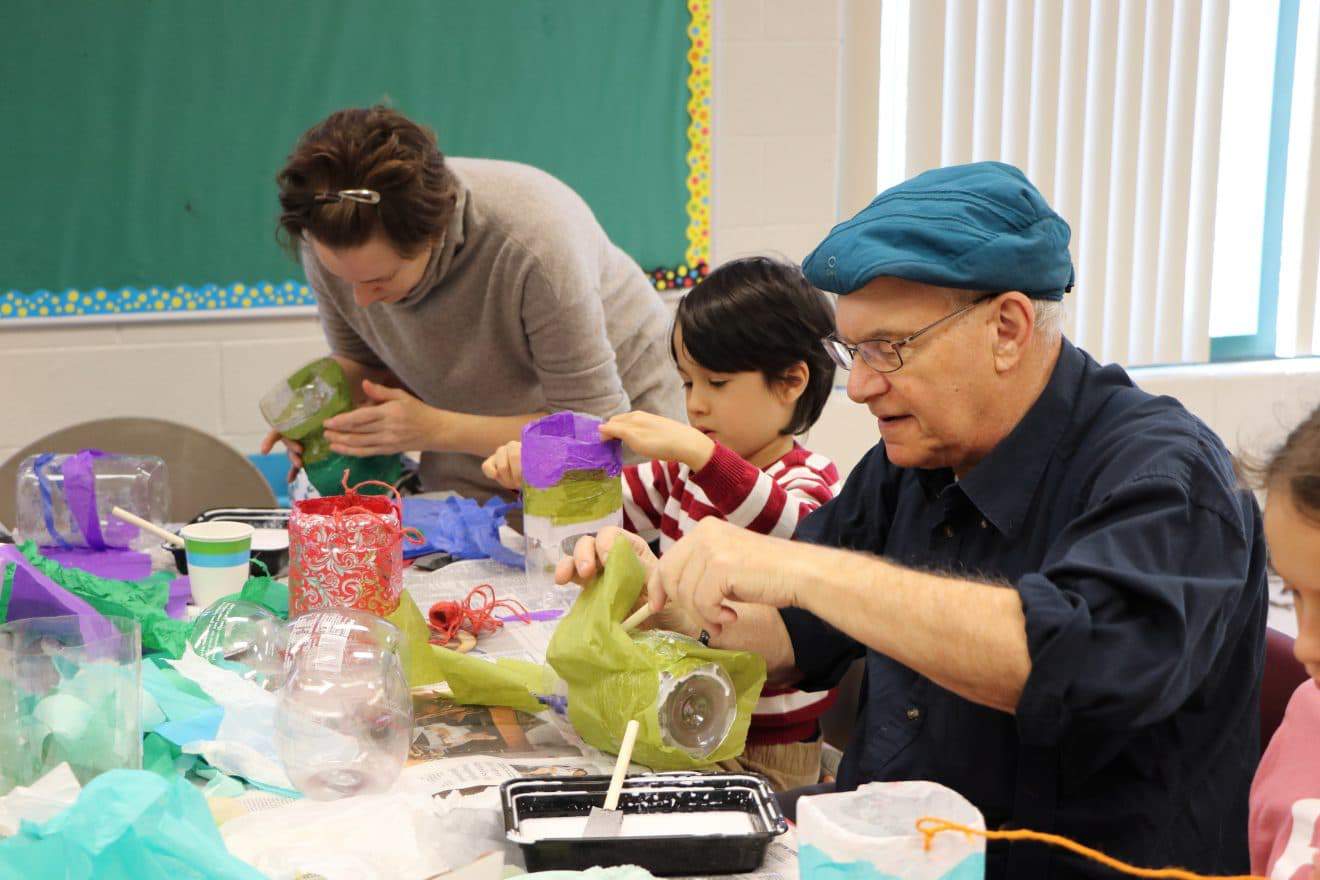