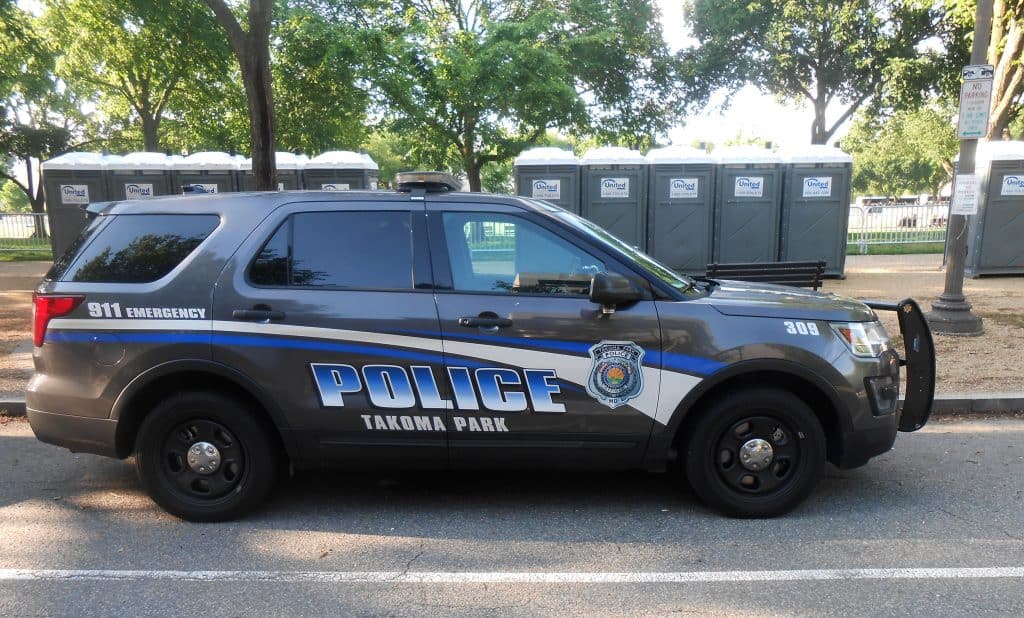 Takoma Park Police last night responded to calls of a truck that crashed into Capital One Bank at 1181 University Boulevard in the Takoma-Langley Crossroads neighborhood, triggering multiple reports of helicopters in the area. The driver and passenger fled the scene:

“Units responded for a truck that drove into the bank on the University Blvd side entrance and fled,” said Takoma Park Police Acting PIO Ron Hardy in an email to the Source.  “An ATM technician was inside the bank when the collision occurred.  The technician was able to get in contact with corporate security who provided information from the security footage.  The truck crashed through the doors, no one exited the vehicle, the truck backed up out of the bank, the passenger fled on foot, and the driver fled from the scene.  Tag number was obtained from a witness.  The vehicle was located near the address where it was registered.  Contact was made with the owner. He was issued traffic citations, related to Hit and Run.  The damage to the bank is estimated to be approximately $50,000 in damage.”