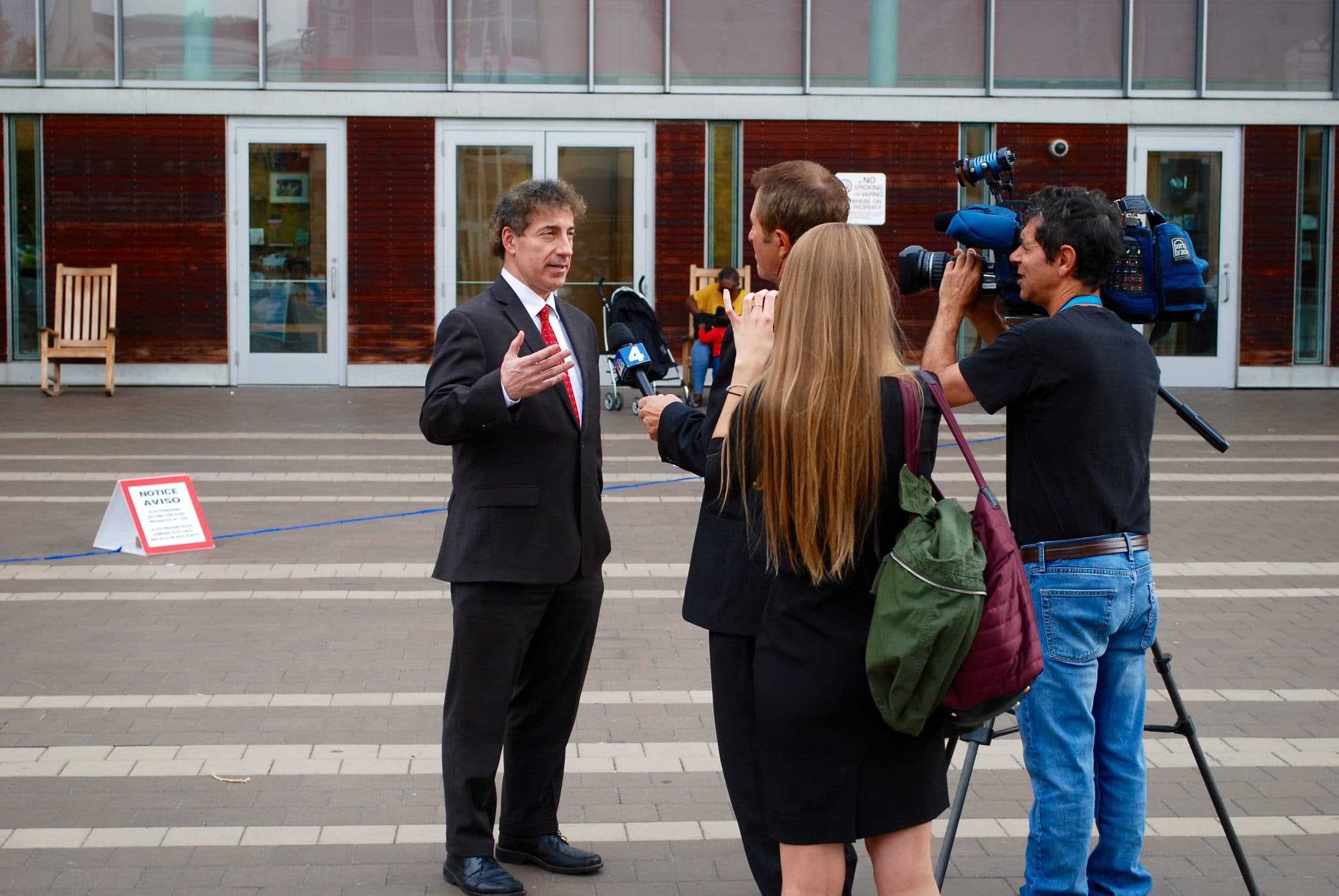 Many things changed for U.S. Representative-elect Jamie Raskin (D-Eighth District) following the election that sent him to Congress and, apparently, Donald Trump to the White House.

Including the policy areas on which he wanted to focus in Washington.

“I had hoped to advance a lot of the same agenda that I was part of in the Maryland General Assembly,” he said, citing as examples a strong gun safety agenda, progress on climate change and reductions in greenhouse gas emissions, and sweeping criminal justice reform.

But Raskin indicated there’s hope for some progress on issues important to him and his constituents.

During the freshman orientations he’s been attending, “I’ve been building lots of relationships with people in the [freshman] class.

“I’ve been getting to meet a bunch of my Republican colleagues and finding that there are definitely areas of political consensus,” Raskin continued. “Not all of them are necessarily in love with the presumed president of the United States.

“I do think there will some areas of policy overlap and consensus that we can work on. One of them is infrastructure,” he said.

He’d like to see a particular focus on the Metro system, since half the federal workforce uses it to get to work, and he plans to use it to get to the Capitol.

“When I was growing up, the Metro was the jewel of the region, “ he said. “I used to ride the Metro just for fun, it was so beautiful and efficient. Now it can barely get people to work on time.

“I’m hoping that we can bring the Metro back to a condition of basic efficiency and timeliness,” he added, “and then eventually get back to a point of real excellence and magnificence.”

He also said roads, including highways such as I-270, water systems, ports and cybersecurity all are in need of attention.

“We really do need to reinvest in America and I hope that the infrastructure area will become a point of some national unity,” Raskin said.

Even so, there are areas that could lead to some controversy, he added, as some Republican rhetoric has been more about tax breaks for developers than any real public investments.

Criminal justice reform is another area in which Raskin sees some reason for optimism once he takes office on Jan. 3.

And Raskin is in a position to influence Democratic policy.

“I was elected by the 27 freshman Democrats to be the class representative on the Democratic Steering and Policy Committee,” he said, explaining that this is the leadership committee that makes committee assignments and sets the policy agenda for Democrats.

Committee assignments have not been made yet and the freshmen have been told not count on anything, but there are several committees on which Raskin is particularly interested in serving.

“I think I can render the most value and benefit to Congress by serving on the U.S. House Judiciary Committee,” he said, citing his background as a professor of constitutional law at American University and 10 years of service on the Senate Judiciary Committee in Annapolis.

“I’d love to be able to go there and champion constitutional values and civil rights and civil liberties,” he said.

He’s also interested in potentially serving on the Oversight and Government Reform Committee, noting that more than 85,000 federal employees live in the Eighth District.

“They may have a target on their back when it comes to the new president,” Raskin said. “I want to defend passionately the service and the rights of the people who have come to be public servants in the federal government.”

In addition, he’s eying the Agriculture Committee because “there are a lot of agrarian interests in the northern part of my district, and I have taken a real interest in that.”

In the meantime, Raskin said, “I’ve been very busy assembling a staff, Capitol Hill staff and then my district office staff in Rockville.”

He’s also been involved in the nuts and bolts aspect of becoming a Congressman, like learning about the computer system and getting an office assignment.

His slot around the middle of the Congressional office selection lottery yielded a suite on the fourth floor of the Cannon House Office Building.

‘It’s very convenient for my constituents,” Raskin said, “because people will be able to get off at Capitol South [Metro station] and enter the Cannon Building and go right up the elevator or the stairs, and they’ll be there within two minutes of exiting Capitol South.”