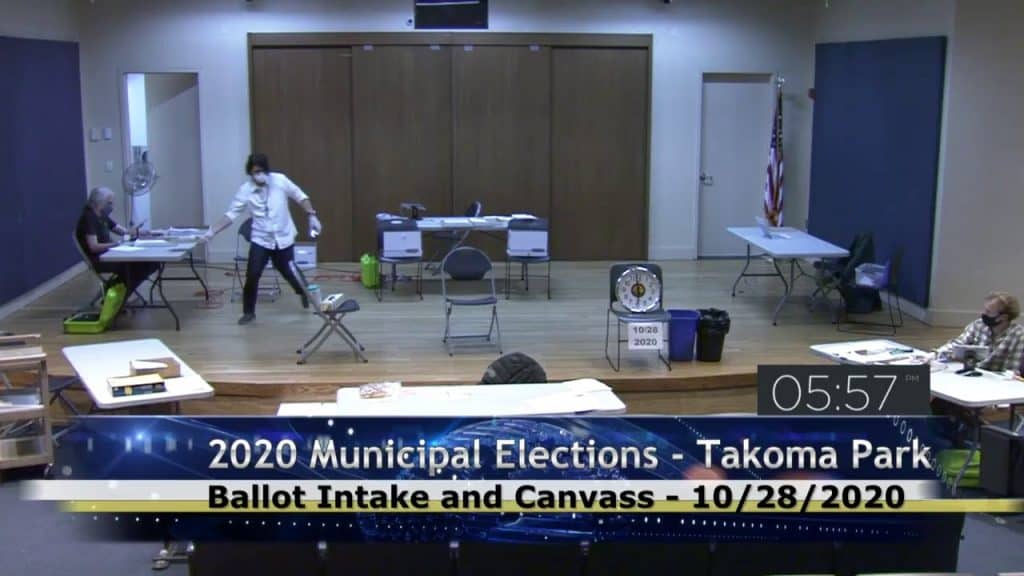 In an effort to provide greater transparency and foster trust in the elections, The City of Takoma Park elections officials are now livestreaming their ballot intake process.

According to WJLA, The City of Takoma Park has previously provided a live video feed on Election Day, but chose to expand on that this year, since this is the first time most residents will be voting by mail.

“We wanted to be transparent. We wanted to have it all on live video so people could see that our elections officers are handling this appropriately,” Takoma Park City Manager Suzanne Ludlow told WJLA in an interview. “They can see how it works.”

The livestream starts daily at 9 a.m., and community members can watch it on Takoma Park City TV, YouTube and Facebook.