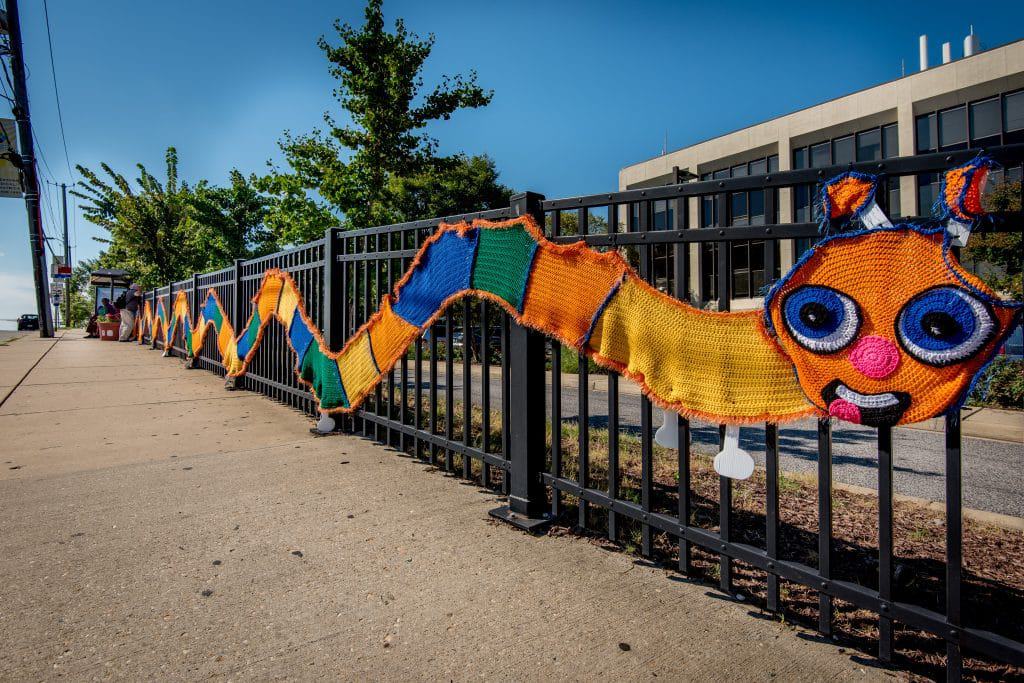 Takoma Park is the temporary home of three new public art installations commissioned from fiber artist Stacy Cantrell, according to a press release.

Cantrell, who lives in Fairfax, crocheted the works in the city’s colors of orange, yellow, green and blue, including an octopus visitors can see draped over the clock tower in Ward Sinclair Plaza at the intersection of Laurel and Carroll avenues.

The work, title Oct O’Clock, includes 360 crocheted suckers on the eight tentacles and is stuffed with more than 100 pounds of recycled plastic, such bags and water bottles.

“I’ve always been in love with the ocean and sea creatures,” Cantrell said. “I also like crocheting things that are the exact opposite of what people would expect. People are used to seeing a crocheted afghan lying on their couch but not a humongous yarn octopus eating a clock tower.”

The installation will be on display for several months before being donated to a local school or children’s organization.

Cantrell also created and installed two giant crocheted caterpillars on a fence at 7676 New Hampshire Ave., south of University Boulevard. Titled Scoochin’ Down the Avenue and Two by Two!, the works include an 80-foot-long caterpillar and its 65-foot-long companion climbing down a hill past a bus stop in the installation.

After that installation is removed in a few months, Cantrell will wash and disassemble the pieces to make baby blankets that will be donated to local organizations serving families in need.

“I love bringing these creatures to life, but I also want to reuse these materials to help others,” she said.

Cantrell has been crocheting since she was 4 years old. Her work has been displayed at the Smithsonian Museum of Natural History, Arlington Arts Center, Torpedo Factory, and other locations. 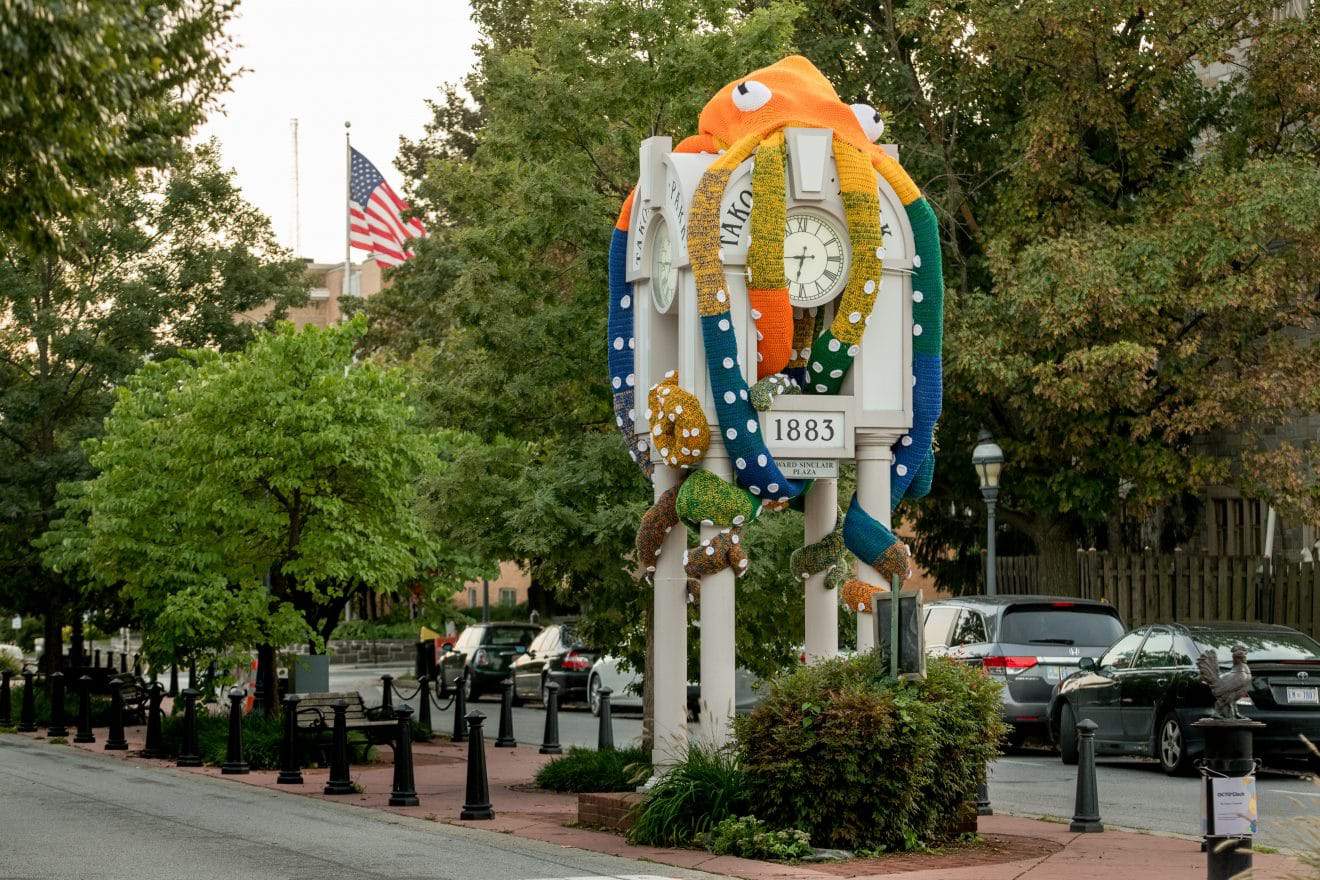