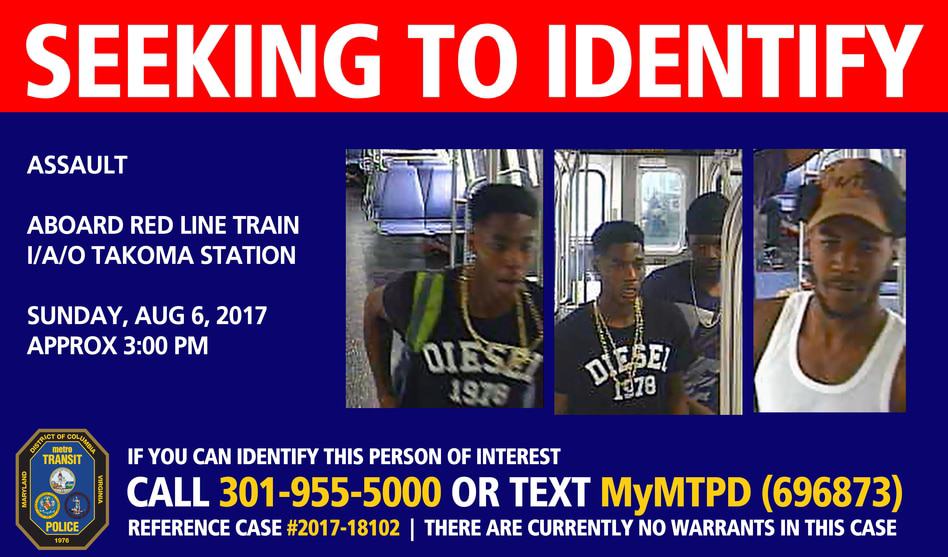 We reported yesterday that 3 persons of interest were involved in a shooting at the Takoma Metro Station. Metro Transit Police announced this morning that one suspect was arrested overnight: 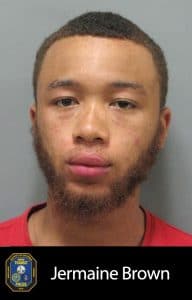 Overnight, Metro Transit Police arrested the individual wanted in connection with yesterday’s shooting aboard a Red Line train near Takoma. Jermaine Brown, 18, of Seat Pleasant, MD, was taken into custody by MTPD officers at a motel in Capitol Heights shortly before midnight. The suspect is currently charged with a single count of first-degree assault in Montgomery County.

The investigation has revealed that the shooting victim, age 14, is the half-brother of the suspect, and detectives now believe that he was not the intended target. Rather, investigators believe that the suspected shooter (Brown) was traveling with his half-brother when there was an altercation aboard the train involving Brown and three other individuals. During the affray, which was captured by digital video cameras aboard the railcar, Brown pulled a gun and fired multiple times. One round struck the victim (Brown’s half-brother); two other bullets struck the railcar.

The shooting occurred shortly before 3 p.m. Sunday, aboard an inbound Red Line train approaching Takoma Station. The investigation determined that the shooting occurred in Maryland, prior to the train crossing into the District of Columbia. An MTPD officer at Takoma rendered first aid to the victim, who was transported to a local hospital with a gunshot wound to the abdomen. He remains in stable condition this morning.

Following the shooting, the three other individuals involved in the affray exited the train at Takoma, crossed to the opposite side of the platform and boarded a train in the opposite direction. They exited the Metrorail system at Silver Spring Station a short time later.

MTPD detectives are actively working to identify and locate the three persons of interest in the affray (pictured below). Anyone with information on their identify or location should call the MTPD Criminal Investigations Division at 301-955-5000 or text MyMTPD (696873).

The incident remains under investigation and additional charges are possible.

More information forthcoming as we get it.