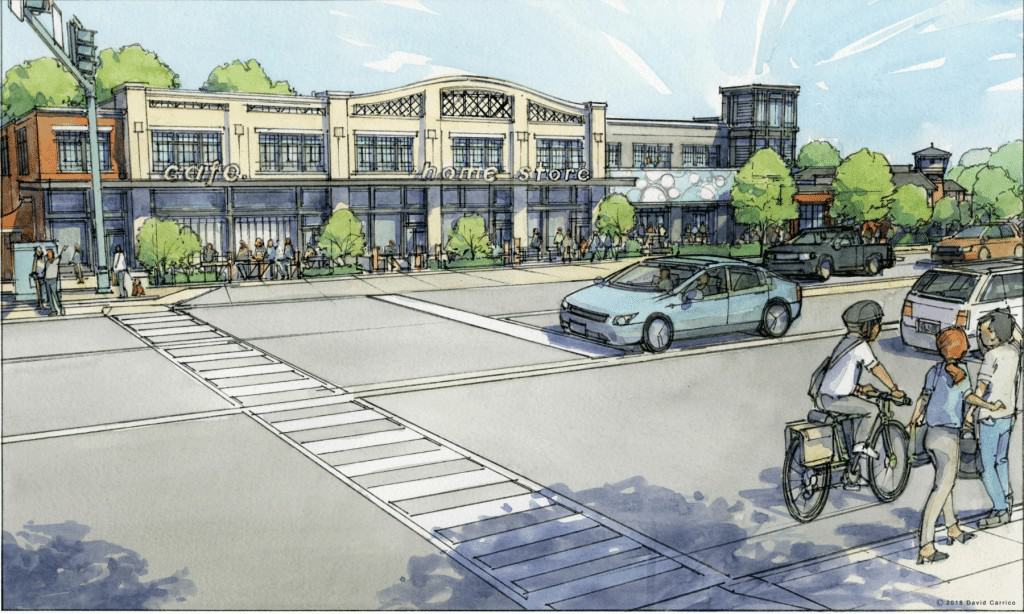 The Takoma Park Silver Spring Co-op and Neighborhood Development Co. have reached an agreement on several operational issues related to the redevelopment of a public parking lot next to the co-op.

The Takoma Junction project encompasses an area at the confluence of Carroll (MD 195), Grant, Philadelphia (MD 410) and Ethan Allan avenues.

After several weeks of mediation, the two organizations agreed to “mutual accommodations” covering issues expected to occur before, after and during construction.

The agreement includes construction during the first stage of an area that will allow the co-op to continue to receive deliveries. After construction, the co-op will get priority morning use of the delivery area (which also will be used for trash pick-ups) while working with NDC tenants to coordinate delivery schedules.

Another issue concerned the plan to build one elevator to serve an underground parking garage. The elevator would be located on the opposite end of the new development from the co-op, which the co-op considered an inconvenience for its customers.

The co-op agreed to finance the cost of a second elevator next to its building, assuming it’s still operating in that location. The co-op would pay up to $150,000 toward the cost, and split costs 50/50 for any amount above that; NDC would own, operate and maintain the elevator.

Other parts of the agreement cover parking issues and allowing the co-op to use a parking spot to collect grocery carts.

In a joint statement, the two organizations wrote, “As a result of the Cooperation Agreement, the Co-op will not oppose the Takoma Junction Project or seek further accommodations from the City or NDC absent changes to the Project by NDC, the City or any other governmental body that would materially adversely affect the Co-­op’s operations.

“The Co-op and NDC will work to address any operational issues that that may arise to make the Takoma Junction project, the Co-op, and local businesses successful,” the statement concludes.

Screenshot of the proposed plan’s sketch view from Carroll Avenue from an NDC/streetsense presentation.