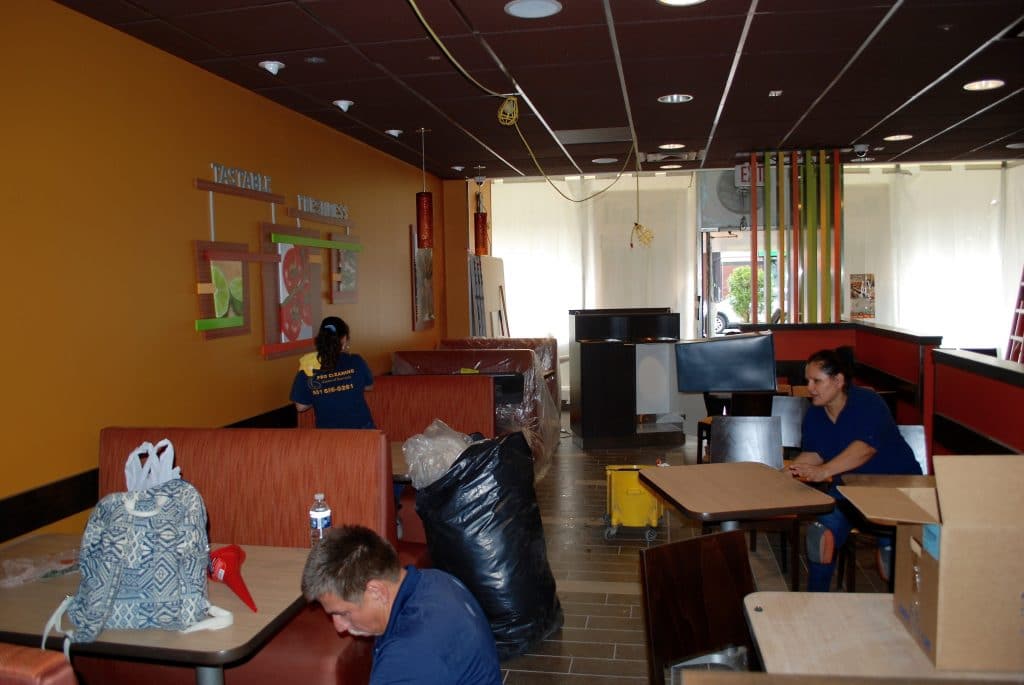 A crew is busy getting Pollo Campero ready to open. Photo by Mike Diegel.

Work is ongoing on two new restaurants in the 8600 block of Colesville Road in Silver Spring.

Of the two, Pollo Campero is the closest to opening. Work crews are onsite cleaning the interior and getting furniture in place.

According to the construction foreman, the company had hoped to open at 8666 Colesville Rd. (next to the Fillmore) next weekend and be open for the Fourth of July holiday.

However, there are two factors pushing back the opening. One is a delay in the delivery of new plate glass to be installed in the front of the store. The other is a Pepco delay in upgrading the power on the site.

Once those two issues are resolved, the store can open. The foreman said he thought that could happen in mid-July.

There is far more work to be done down the street, where there are plans to open a place called Silver Strings in a former beauty supply shop.

A crew is completely gutting the interior of 8630 Colesville Rd., between Abol and the entrance to the School of Rock.

Given the amount of work that needs to be done, the foreman at this site was reluctant to give an estimated opening date, but said it could take nine months to a year to get the building ready to open.