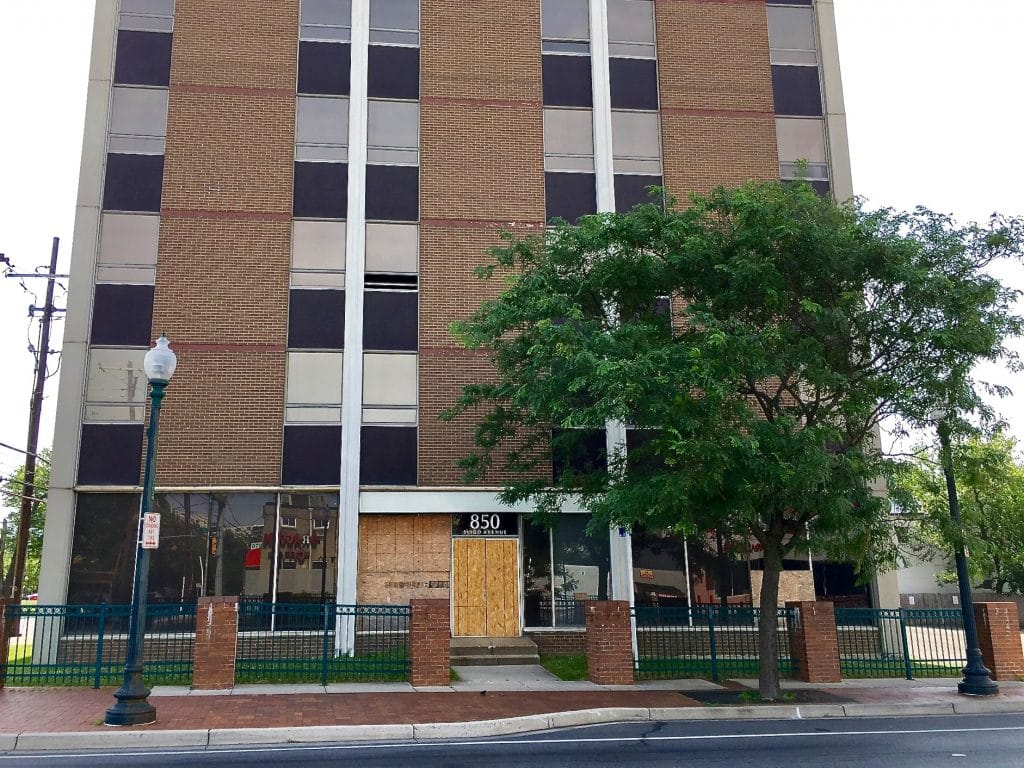 The vacant 850 Sligo Ave. is now enclosed with chain-link fencing to deter vandals, others. Photo by Mike Mowery.

A long-vacant office building will be converted to apartments and new construction will add more units on the property bounded by Gist Avenue, Sligo Avenue and Fenton Street.

Moonlight Inc., based in Washington, D.C., bought the property at 850 Sligo Ave. in the spring for a reported $4.25 million. One of the principals in the company, Teshome Asgedom, lives on Bonifant Street.

The building has been vacant for more than a year and the company has been working with Bonstra Haresign, an architecture firm in the District that specializes in repurposing old buildings.

The firm intends to rewrap the existing building to update the appearance while ensuring that the look is compatible with the rest of the neighborhood, said architect Jack Devilbiss during a presentation earlier this week.

The former office building is 99 feet tall and the proposal includes an addition to the back of the building (as seen from Fenton Street) that will be 35 feet tall to conform to height requirements when bordering single-family homes.

The new building, which will be separated from the old by a courtyard, also will have a 35-foot limit where it abuts homes on Gist, rising to 45 and then 55 feet. Portions fronting on Gist and Fenton will be 55 feet tall, with additional setbacks leading up to a maximum planned height of 70 feet.

The plan calls for 85 apartment units with 35 underground parking spaces, a number that was greeted skeptically by the audience, anticipating that tenants will simply park on the surrounding streets.

Stacy Silber, a land-use attorney from LerchEarlyBrewer working with the owner, pointed out that the property is in the Silver Spring parking district. As such, the county does not require the developer to provide parking, but she said the planners were looking at how much parking would be market driven.

Another cause for consternation in the audience was the current plan to route delivery vehicles, trash trucks and such in and out of the property from Sligo Avenue, while tenants would enter and exit from Gist.

This plan raised concerns about increased traffic on the residential portions of the streets. However, the presenters noted that a complete traffic study has not yet been done and the Park and Planning Department and the Department of Transportation would review any proposal prior to final approval.

The company is also looking at opportunities for streetscaping along Sligo, Fenton and Gist.

“These efforts will be guided by community input as well as County Master Plans and guidelines,” wrote Silber in a follow-up email to the Source. “With input from the community, Moonlight plans on paying particularly close attention to the streetscape at Gist and Fenton, which the community deems a gateway into this area.”

Silber told attendees that the company plans to submit a sketch plan by the end of this month, which would be reviewed by planning staff and presented to the Planning Board, probably in the spring.

A site plan submission and subsequent hearing and approval process would follow. Moonlight hopes to get final approval in 2019 and begin construction in 2020, Silber said. 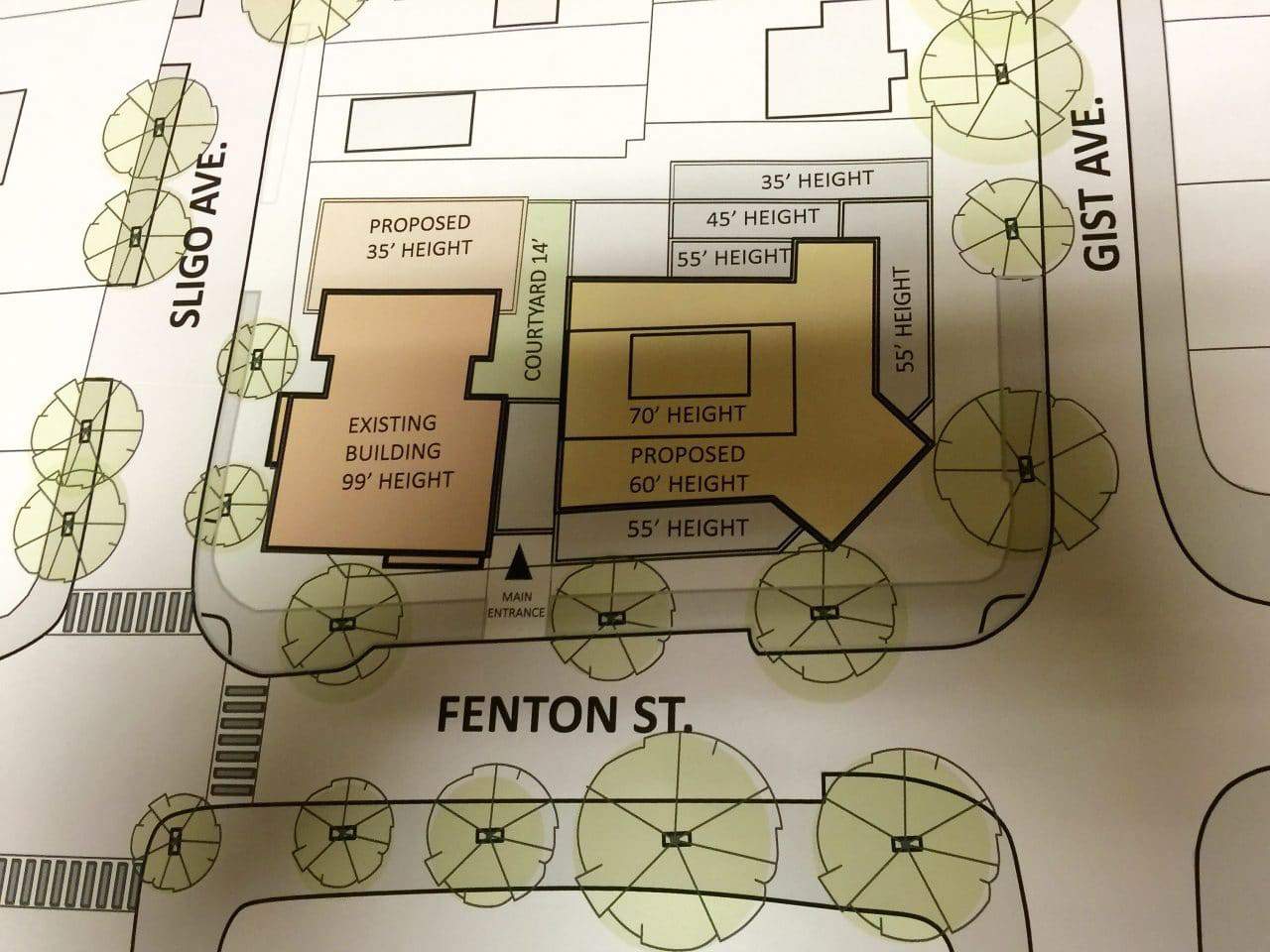