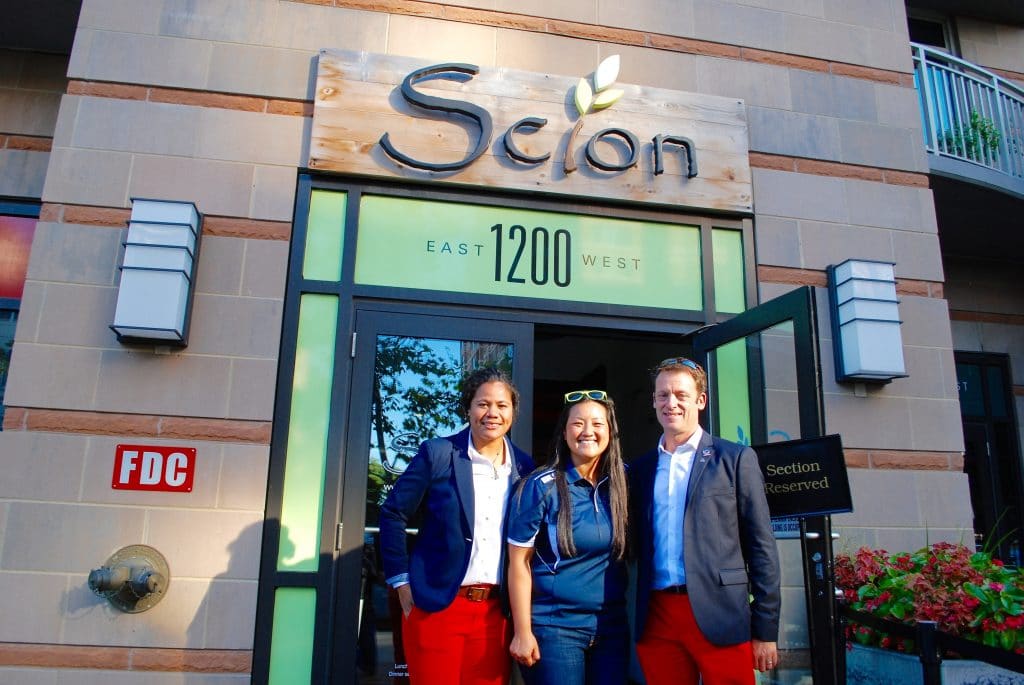 The 28-member USA Rugby Women’s Team visited Scion Restaurant in Silver Spring for a dinner and fundraiser before heading to Ireland for the Women’s Rugby World Cup 2017.

“I’ve always been involved with the USA Rugby community,” she said. “I find it really important to support women’s sports as well as rugby in particular.

“Many of these girls [on the national team] have played for me in the past or trained with us,” Liu continued. “So when they were coming here, going to Ireland, coming to D.C, it made sense for us to have a little send-off dinner for them to make sure that they felt supported as they represent our country.”

Tiffany Faaee, the team caption and a player for the New York Rugby Club, joined the squad in 2015. She talked about the difference between club rugby and playing on the national team.

“Performance-wise, I’ve always given everything,” she said, “but to get to this level was something that never crossed my mind.

“Do you want to go down this road, which you know is not going to be easy,” Faaee continued, “and it’s something that’s going to be a huge honor, but you know with honor comes sacrifice.

“But it’s not even about me,” she said, getting a little emotional as she thought about her role. “I want to inspire the young ones to play and I think to be amongst these athletes and to just play at that level is—it’s better than club in the sense where you’re being challenged in every dynamic possible, like physically, mentally, and to get to know these women in such a short period of time and to take the filed with them and trust them with your body is a challenge, I think, you have to overcome very quickly.

“At the end of the day, you kind of measure how you are,” she said.

She also talked about the opportunity she had to meet the first women’s rugby team, which won the first World Cup in 1987.

“To meet them 30 years later, to know that because of them, we are able to do what we do for America, is also inspiring,” she said.

Head Coach Pete Steinberg and his staff selected the current players via a “player pathway.”

“Most of our players play for clubs around the country,” he said. “We send scouts around to watch and the best of those players get invited to an assembly where we split them into teams to play each other and them from those, we choose the best players.”

Several of the players train full time at the Elite Athlete Training Center in San Diego for Olympic 7s competitions, Steinberg said, but the majority of the team members play for a club.

“We’re young, we’re inexperienced, but we have a ton of potential,” he said when asked about this squad. “The team that we’re taking to the Word Cup has never played together, so it’s going to be very difficult for teams to scout us . . . but we also don’t know what we’re going to be like, either. It’ll be a challenge.”

The team, which is ranked sixth in the world, is in a pool with England, the defending World Cup champions, Italy and Spain, their first two opponents. There are three pools of four teams each. The winner of each pool, based on points earned based match results, goes on to the semifinals, along with the highest-finishing second-place squad. USA Rugby hasn’t made it to the semifinals since 1998, but Steinberg is hopeful about this year’s team.

“I think that we will do some things that other teams can’t do,” he said. “I think we have some athleticism and some size [but] I think that we go in as underdogs.

“We’ve always been competitive with the big teams like France, England, New Zealand, Canada,” Steinberg added. “Those are like the top four teams in the world and we’ve played them a lot. We beat Canada two years ago and that was a big win for us. We can play with the other teams, but we haven’t actually gotten over the hump against them.

Staff from USA Rugby Trust, the fundraising arm of USA Rugby that co-hosted the send off, wasn’t sure how much they would raise from the event, but one supporter came and dropped a $10,000 check. Anyone who would like to make a contribution to the team’s expenses can do so here.

The team took photos with VIP-level ticket holders at the  fundraiser. Photo by Mike Diegel. 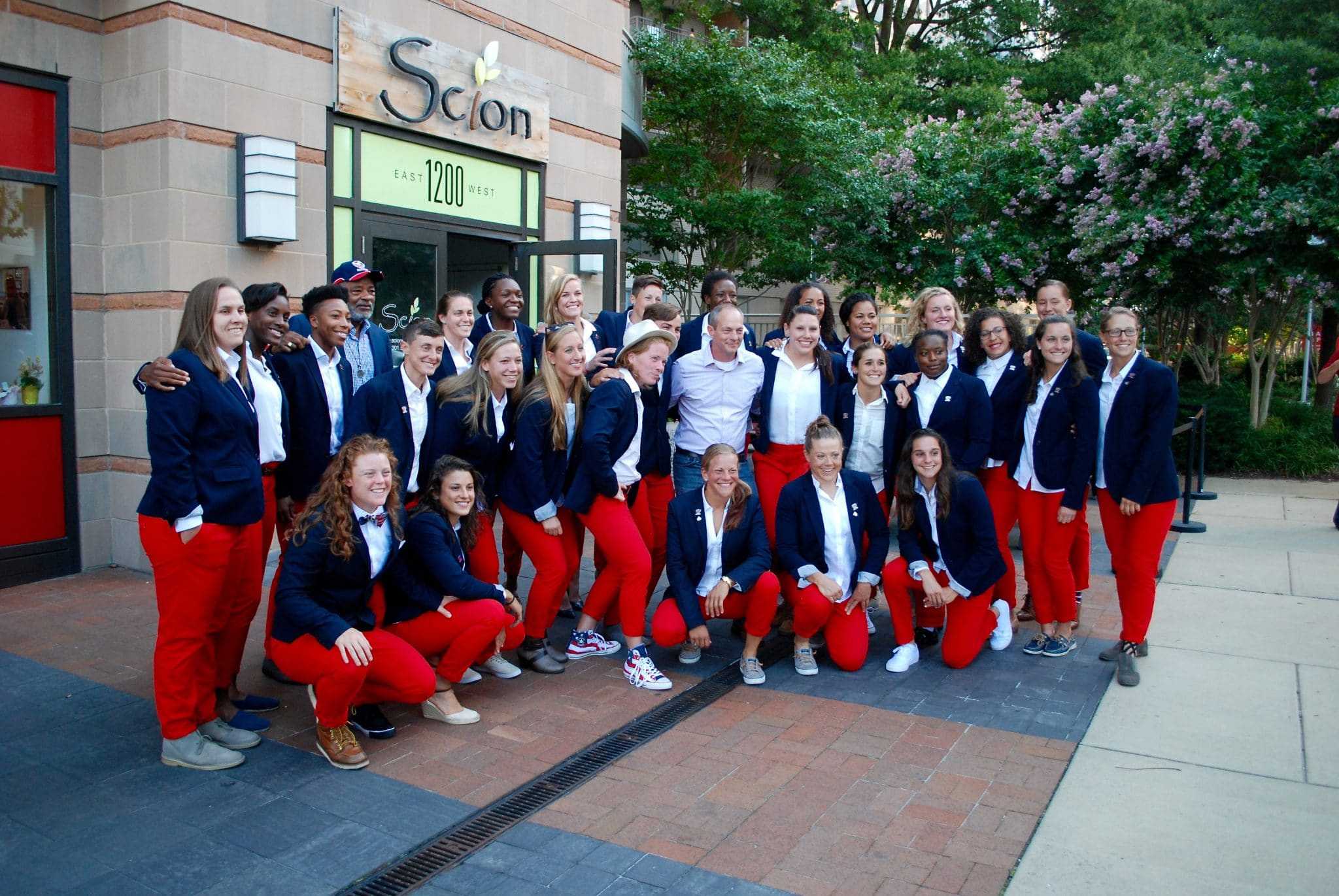