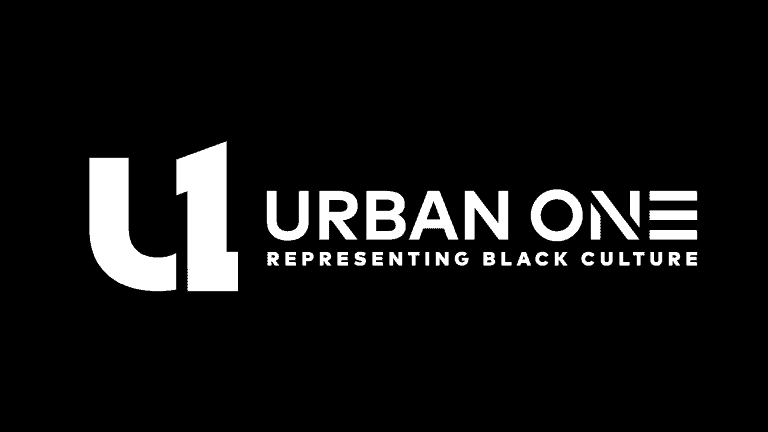 Cathy Hughes, the founder of Urban One, a national radio and television network that focuses on the African-American community, was honored this month by Senator Chris Van Hollen and Congresswoman Eleanor Holmes Norton for 40 years of broadcasting.

According to Urban One’s website, the downtown Silver Spring-based broadcaster is the largest Black-owned media company in the U.S.: “For more than 35 years, Urban One has been the leading voice speaking to Black America. First, as the largest local urban radio network. Then, as the largest syndicator of urban programming. Yes, we can even claim our position as the largest African-American owned television network and distributor of digital urban content.”

Sen. Van Hollen honored a “tenacious entrepreneur, visionary radio personality, and powerful advocate for the African-American community,” who began her career in Omaha, Nebraska, before relocating to Washington, D.C. in 1971 to work at the Howard University School of Communications.

Rep. Norton commended Hughes’ “piercing optimism and resilience cut through obstacles of discrimination and discouragement, clearing a path to where she now stands as one of our country’s wealthiest self-made African-American women.”

The text of Sen. Van Hollen’s speech is below:

“Mr. President, I rise today to honor a tenacious entrepreneur, visionary radio personality, and powerful advocate for the African-American community, Cathy Hughes. This year, her pioneering radio company, Urban One, celebrated 40 years on the air. Cathy Hughes has left an indelible mark on the State of Maryland and inspired millions of listeners across the country.

“This titan of the airwaves began her extraordinary career in Omaha, NE, where she worked for a local radio station, KOWH. But it was when she moved to Washington, DC, in 1971 to pursue a job at the Howard University School of Communications that her career took off. While working at Howard, she got involved in the university’s radio program as a station manager. In her first year on the job, she increased the station’s revenue twelvefold.

“Cathy Hughes has always aimed high, and when she learned that the local D.C. radio station WOL was up for sale, she seized the opportunity. After being denied a loan 32 times, she finally received the bank financing she needed. So she purchased WOL, founded her own media company, Radio One, and quickly soared to new heights. Cathy Hughes revolutionized radio by rebuilding WOL from the ground up, literally, and brought on grassroots volunteers from the neighborhood to develop her station’s headquarters on H Street and 4th Northeast, just a short walk from the U.S. Capitol. Her innovative broadcasts captured the attention of the African-American community and attracted a wide audience of devoted listeners.

“Although she got her start in Washington, DC, Cathy Hughes has become a champion for Maryland. When her company first expanded out of Washington, its first stop was Baltimore. And her flagship venture, which was renamed Urban One in 2017, is now headquartered in Silver Spring. She has cultivated strong roots in Anne Arundel County and has been living in Pasadena for 20 years. Today, Urban One’s broadcasts reach households across Maryland and provide a platform for honest conversation on the issues that matter to our State. Cathy Hughes has given back time and time again to the communities that raised her up by hiring locally and employing countless Marylanders. That tradition of uplifting others has remained a hallmark of her career. Her company, which now houses two new multimedia ventures, CLEO TV and T.V. One, both stationed in Maryland, has created 1,500 jobs.

“In the 40 years since purchasing WOL, Cathy Hughes has never stopped overcoming barriers. In 1999, she became the first African-American woman to chair the board of a publicly held corporation. She headed the first African-American-run company to succeed in multiple radio markets simultaneously. Cathy Hughes made history again as the first woman to own a radio station ranked No. 1. Her trailblazing multimedia enterprise now reaches 82 percent of the African-American community and has cultivated a devoted weekly following of 15 million listeners.

“Speaking of Cathy Hughes’ inspiring career, Reverend Al Sharpton said, “She took the ‘mute’ button off of Black America.” Her legacy has been defined by a commitment to speaking up for those who have long been silent in the radio arena. While she has already lived a storied life and achieved enormous success, Cathy Hughes hasn’t slowed down. Her recent efforts to highlight local Black businesses struggling to weather the storm of this pandemic speaks to the depth of her lifelong passion for shining the spotlight on others. While her name has already been inscribed on the aptly renamed Cathy Hughes School for Communications at Howard University where she once worked, her story is still being written.”

“Madam Speaker, I rise today to ask the House of Representatives to join me in recognizing Cathy Hughes on her 40 years as the leader of Urban One, now America’s largest Black broadcast network.

“Cathy Hughes, the founder and chairperson of Urban One, has dedicated her career to amplifying the voices of Black people and their perspectives through the airwaves. Born in Omaha, Nebraska, and known to have hosted “radio shows” in her bathroom as a child, Hughes had her sights on success from day one. Throughout her career, her piercing optimism and resilience cut through obstacles of discrimination and discouragement, clearing a path to where she now stands as one of our country’s wealthiest self-made African-American women.

“Hughes, who became a mother at the age of 16, has recalled taking her son to classes and, later on in her career, having him sleep in a sleeping bag in her office when she had to work late. Growing up among a family of entrepreneurs, as Hughes did, she was no stranger to hard work, business jargon and long hours. Her father was the first African-American to earn an accounting degree from Creighton University. Her mother played trombone.

“In 1971, Hughes came to the District of Columbia to work at Howard University’s School of Communications, and she went on to become a General Sales Manager for the University’s radio station, WHUR-FM. On her arrival in the District, Hughes wrote to her mother, “My eyes were tired at the end of the day, staring at the greatness of Black people doing so many things.”

“In the late 1970s, Hughes started her own radio station, once known as Radio One, now Urban One. During her career she endured racism and sexism, but these were no match for her electric optimism. After seven years, the radio station became profitable and continued to grow. In 1999, at the recommendation of her son, who had received his MBA at the Wharton School of the University of Pennsylvania, Cathy Hughes became the first African-American woman to chair a publicly held corporation, following the sale of more than seven million shares of common stock to the public.

“She has received numerous awards, including being selected for the National Association of Broadcasters Hall of Fame in 2019, the Woman of the Year Award by 100 Black Men of America in 2018, the Ida B. Wells Living Legacy Award in 2011 and the Essence Women Shaping the World Award in 2008. She was inducted into the Radio Hall of Fame in 2010, and the Cathy Hughes School of Communications at Howard University was named for her in 2016.

“I relish this opportunity to recognize and honor the work of Cathy Hughes. Her resilience, optimism and determination are true guiding lights through these difficult times. She has mentored countless women and her entrepreneurial energy has touched many, both in D.C. and across the nation.

“I ask the House of Representatives to join me in recognizing the accomplishments of Cathy Hughes on the occasion of the 40th anniversary of Urban One.”