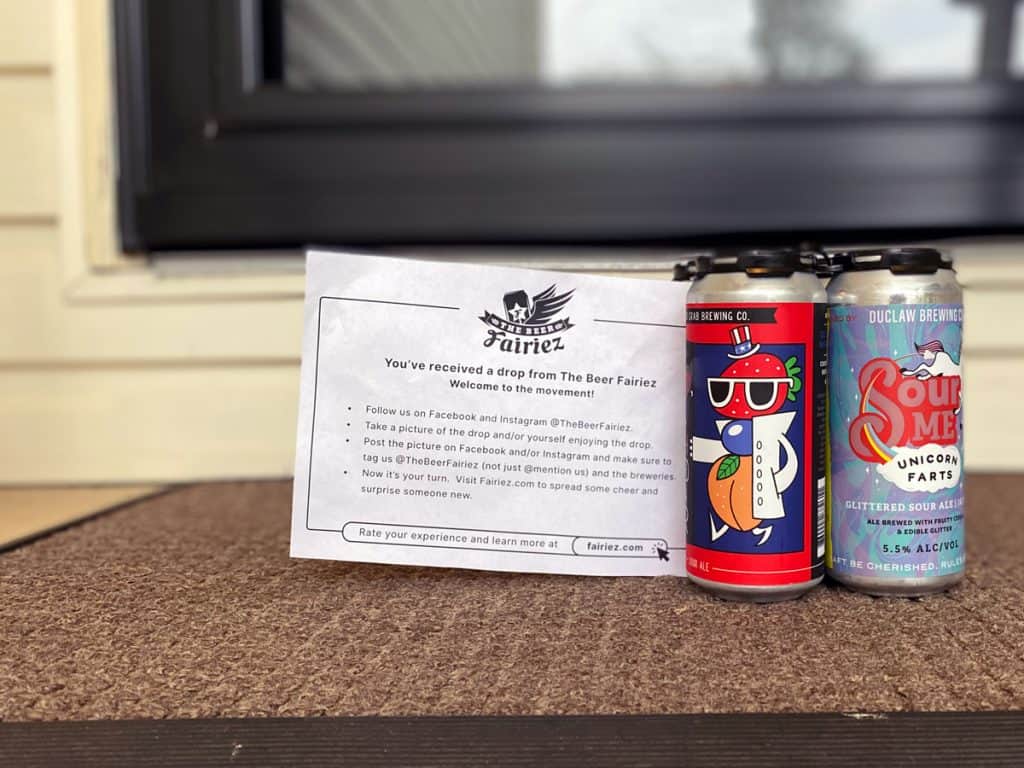 Two Silver Spring breweries have joined other local brewers and organizations to launch a campaign to thank first responders and other frontline workers during the COVID-19 pandemic.

Denizens Brewing Company and Silver Branch Brewing Co. are part of #CraftingGratitude, an initiative begun by @TheBeerFairiez, a husband and wife team of Jen and Josh Beinstock that’s described as “a Montgomery County-based community social and networking group.”

The project will make surprise deliveries of local craft beers to the workers as a way of showing gratitude for their efforts.

Visitors to the #CraftingGratitude campaign page can donate funds to sponsor a mixed 4-pack for a county first responder or essential worker, such as a medical provider, grocery store clerk, bus driver, sanitation worker, mail carrier, or other worker.

“Donors have the option to donate to a frontline worker at random, or nominate a specific first responder or essential worker to receive a surprise drop,” according to a press release.

“By surprise drops, we mean the delivery of the beer with the accompanying letter (we call it a drop because we’re dropping it on their doorstep). It’s a surprise because the nominated person doesn’t know that it is coming,” wrote Josh in an email to the Source.

“We have a list of first responders/essential workers that we know personally or friends of ours know. We also plan on reaching out to Eric Bernard, the head of MoCo’s volunteer fire-rescue association, Dr. [Travis] Gayles (the county’s health officer), and other resources that could get us a list of deserving people, along with their addresses (if they are comfortable sharing them) for us to make drops to,” he added.

Other partners in the campaign include Elder Pine Brewing & Blending Co., True Respite Brewing Co. and Downtown Crown Wine and Beer. The Happy Orange Project, a local organization that promotes doing acts of kindness in the community, is also a partner in the campaign.

#CraftingGratitude began Aug. 19 and will run for 30 days.