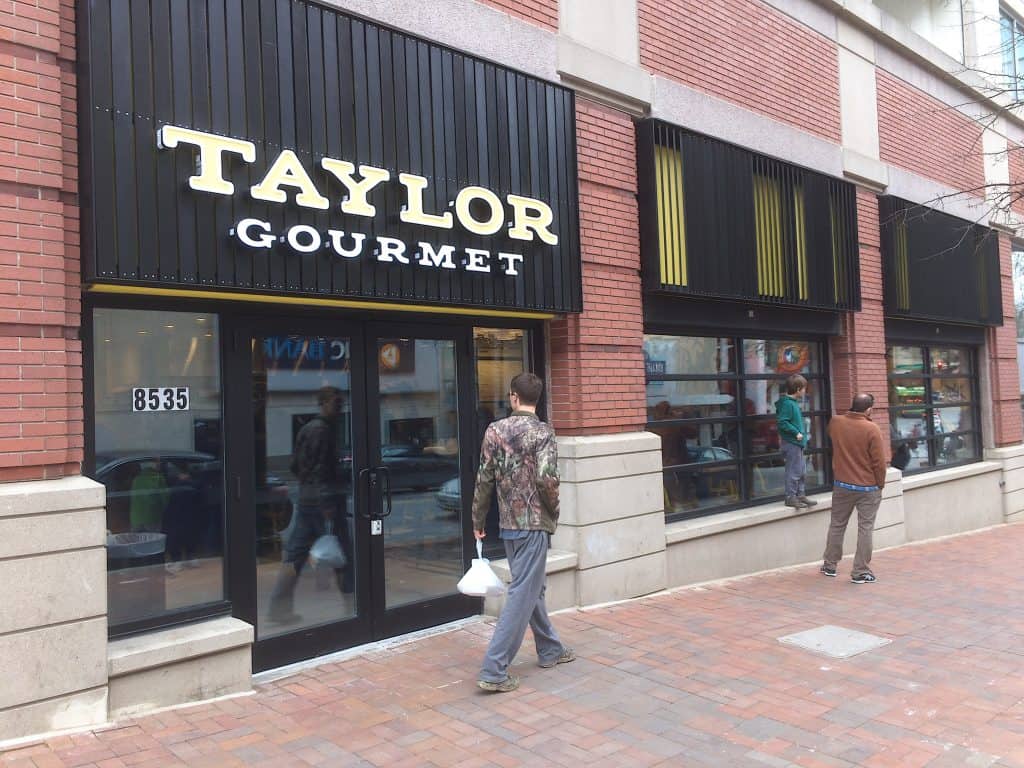 Taylor Gourmet is opening today in the location of the former Pacers at 8535 Fenton St. in downtown Silver Spring.

The company features hoagies on “a menu built around adventurous flavors, homemade sauces, and ingredients so good you’ll wonder why you ever ate a hoagie anywhere else,” according to the website.

“The owner is from Philadelphia and they call them hoagies up there,” said Jacob Hunter, the company’s director of culinary. “We kind of saw a niche for that that wasn’t here in D.C. at the time that we opened up [in 2008].”

“We make everything in house that we can,” he continued.

The bread is one exception. It’s made offsite daily from their recipe and delivered to stores fresh each morning.

“We roast all our meats in house,” Hunter said, along with all the sauces, dressings and other items.

The spring menu lists offerings with meats including herb-roasted turkey, citrus-braised pork, herbed chicken salad, and roasted leg of lamb (which they haven’t offered before), accompanied by various cheeses and vegetables such as watermelon radishes and asparagus. There are two vegetarian options as well.

“We make [hoagies] fresh to order,” Hunter pointed out, “[so customers] can customize them how they want. If you were to want to kind of adjust something to your taste, we’re more than happy to make that happen for you.”

Salads with or without chicken also are on the menu, with side dishes such as risotto balls, roasted carrots and marinated asparagus.

In addition, the Silver Spring store, which Hunter said would employ more than 20 people, will offer a menu of classic-style hoagies such as Italian, roast beef and turkey, as well as cheesesteaks.

Taylor Gourmet opened its first location in on H Street N.E. in Washington D.C. Silver Spring is the company’s second Maryland location (the other is in Bethesda). There are four in Virginia and 10 stores either opened or planned in the District.

The Silver Spring location will be open from 11 a.m. to 9 p.m. seven days a week. 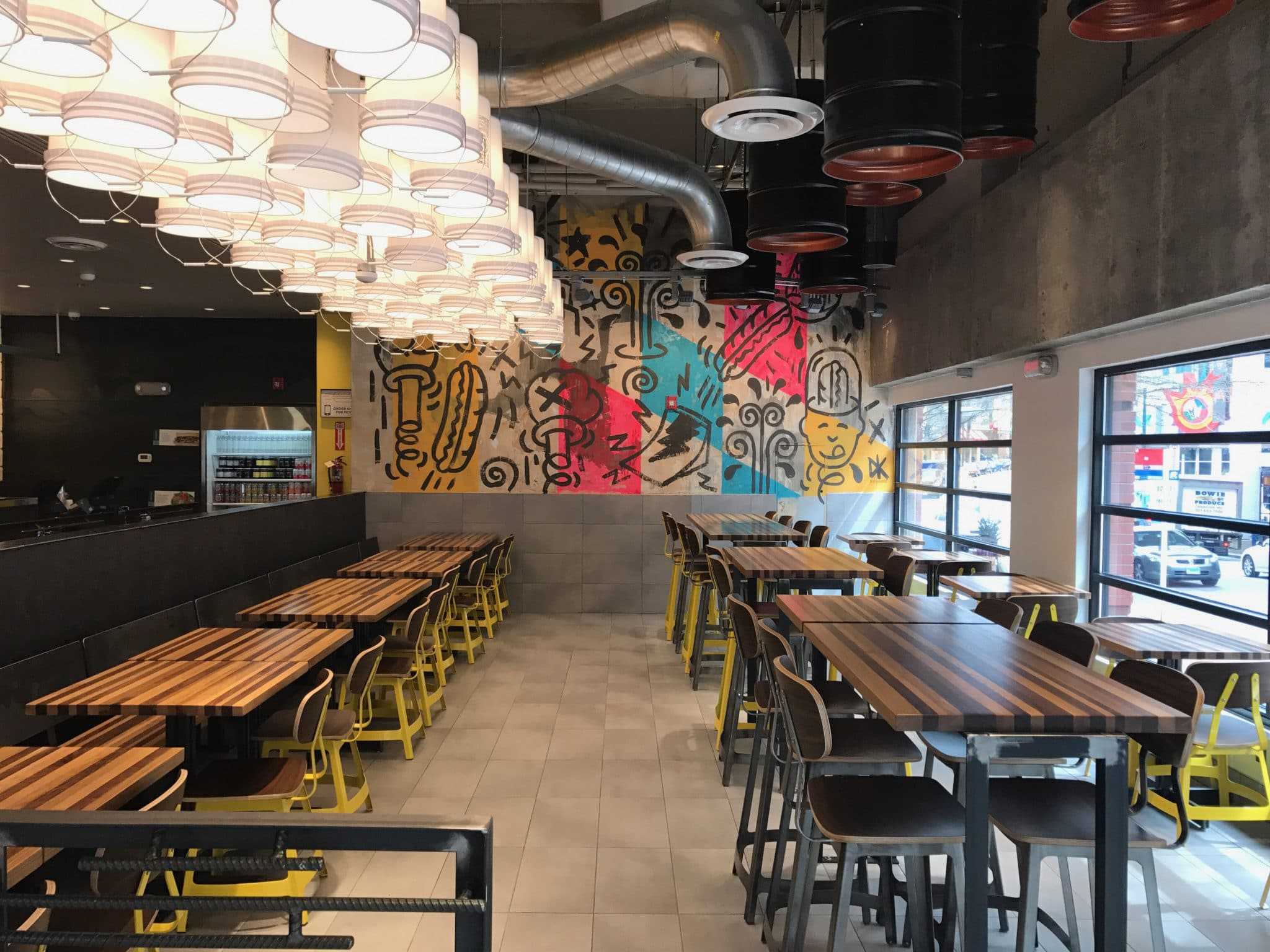 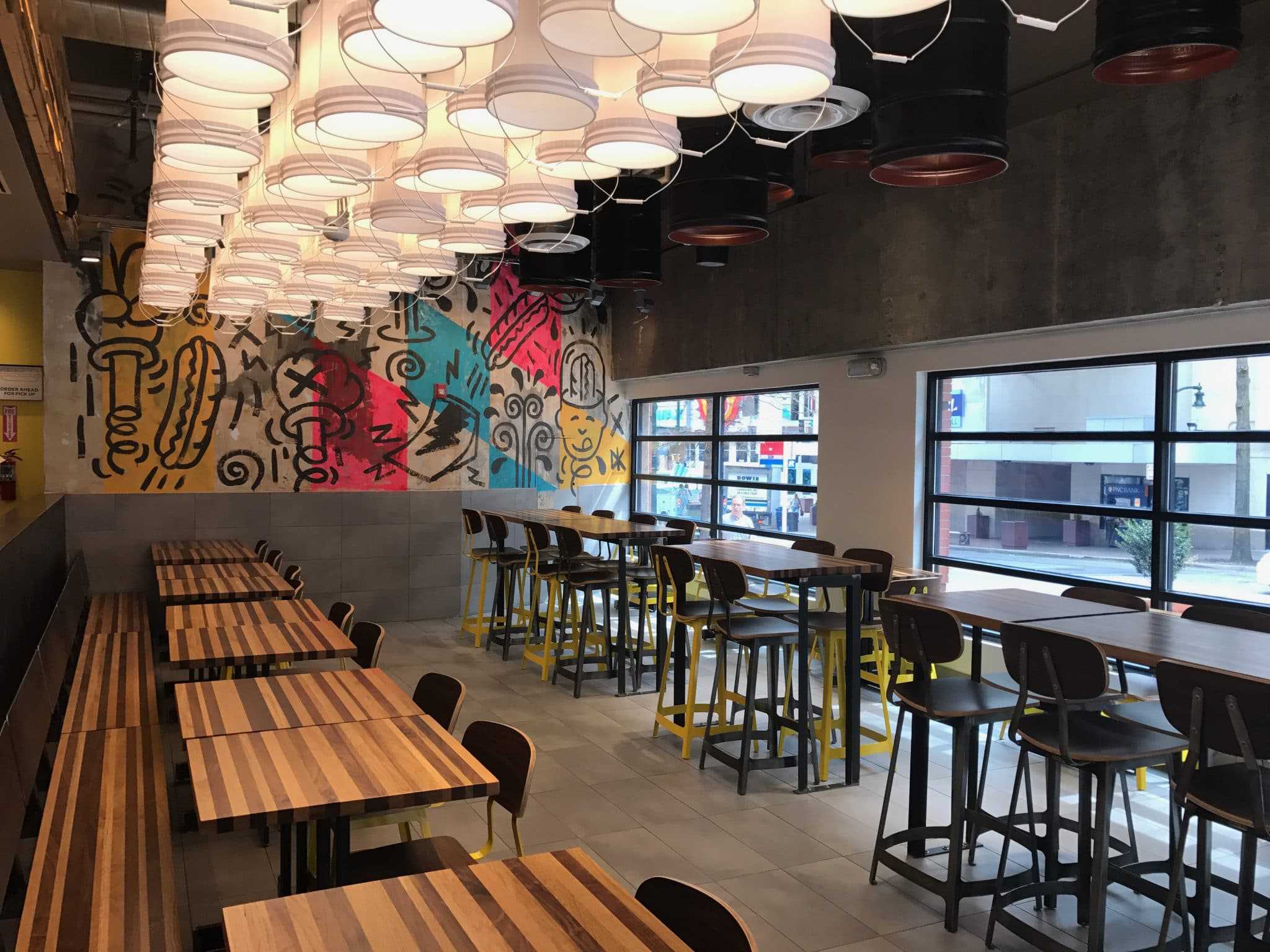