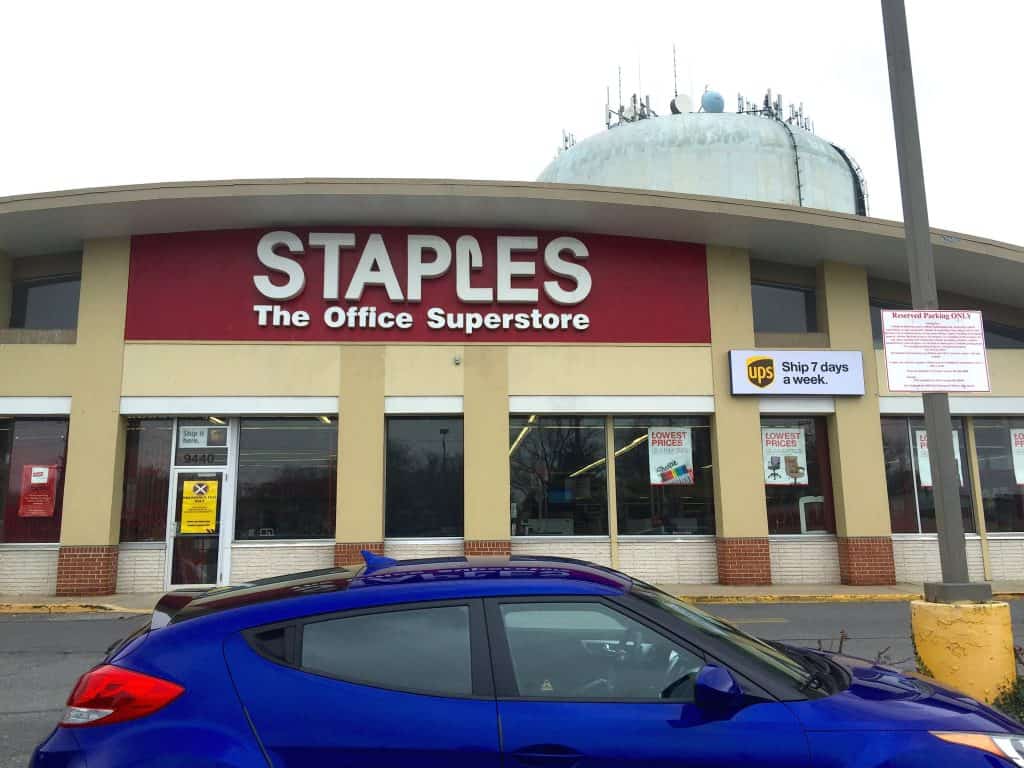 Staples will close at this location in May. Photo by Mike Diegel.

The Staples Office Superstore at 9440 Georgia Ave., just inside the Beltway, will close May 6.

The announcement was made in an email sent this morning to local customers, a copy of which was obtained by the Source of the Spring.

The message included no details, but listed three other stores in the area: 12389 Georgia Ave., 6800 Wisconsin Ave. in Chevy Chase, and 12008 Cherry Hill Rd.

The local Staples is one of 70 stores the company announced last month it would close. About 350 stores have been shuttered in the last five years.

The Staples space originally had been occupied by Safeway, and another grocery chain may move into the vacant store.

The rumored replacement for Staples is ALDI, a discount grocery chain known primarily for featuring a relatively limited selection and private-label merchandise.

Current ALDI locations include Takoma Park, Hyattsville, Beltsville and a store that opened December 2016 in the Plaza del Mercado on Bel Pre Road.