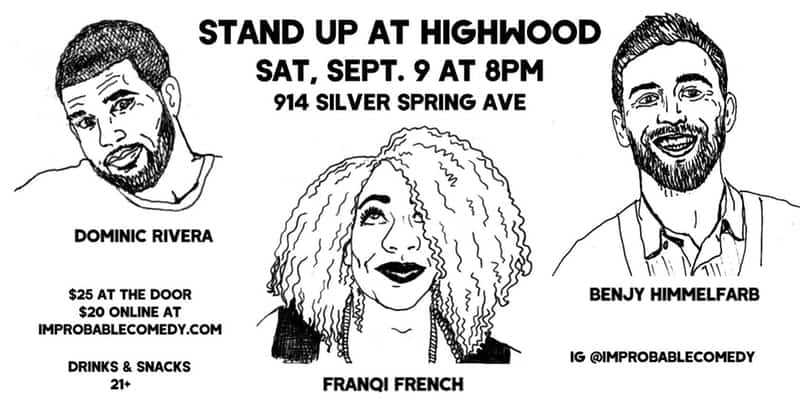 Improbable Comedy brings its stand-up performances back to The Highwood Theatre with three comedians this Saturday at 8 p.m.

The show, for 21 and over, will feature:

Franqi French, who has appeared at The DC Improv, Caroline’s on Broadway, The World Famous Comedy Store on Sunset Strip and TV One’s “Roland Martin Show.”

Benjy Himmelfarb, a nationally touring comedian who has performed at the Kennedy Center and in comedy clubs, theaters, “and dive bars that smell like old cheese all over the country.” The Washington Post has called him “sardonic, Semitic.”

Tickets are $20 online and $25 at the door. Drinks and snacks will be available for purchase.

Doors will open at 7 p.m. and the theater is located at 914 Silver Spring Ave.