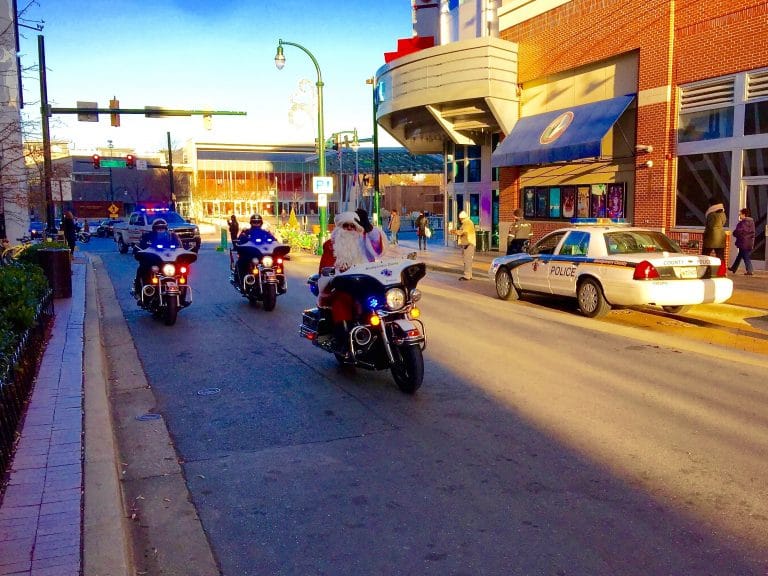 About 30 motorcycle officers escorted Motor Officer Robert Ladany and his wife, Jackie, who played the two holiday characters and visited with residents at stops throughout the county.

Once at their Bethesda destination, Santa, Mrs. Claus and the officers shopped for gifts at the Inn’s gift shop, visited patients and their families, worked a face-painting station and made arts and crafts with the children.

The Children’s Inn at NIH is a nonprofit hospitality house that provides free lodging and a wide range of supportive services to more than 1,700 families of children and young adults with rare or critical illnesses whose last and best hope is a clinical trial at the NIH.

Located on the NIH campus, The Children’s Inn provides “a place like home” to children from across the United States and the world to allow childhood to thrive despite illness, relieve the burden of illness on families and help advance medical discoveries at the NIH that benefit children, according to a press release.

tristique in at ut eleifend non