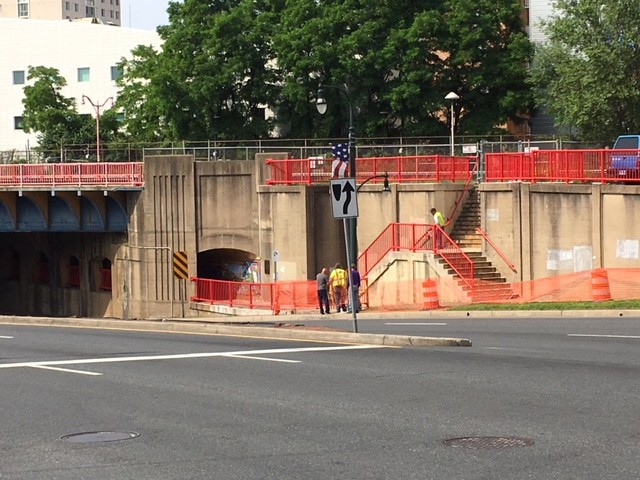 We don’t know if Governor Hogan or the State Highway Administration had inside information before the Washington Capitals’ Stanley Cup win.

We do know that after years of the Silver Spring Urban District asking the SHA to repaint the faded railings around and under the CSX crossing on Georgia Avenue, the work started Monday—right after the Caps went up 3-1 and the cup was nearly in hand.

With any luck, the work will be finished in time for the victory parade. Maybe the team will come this way.