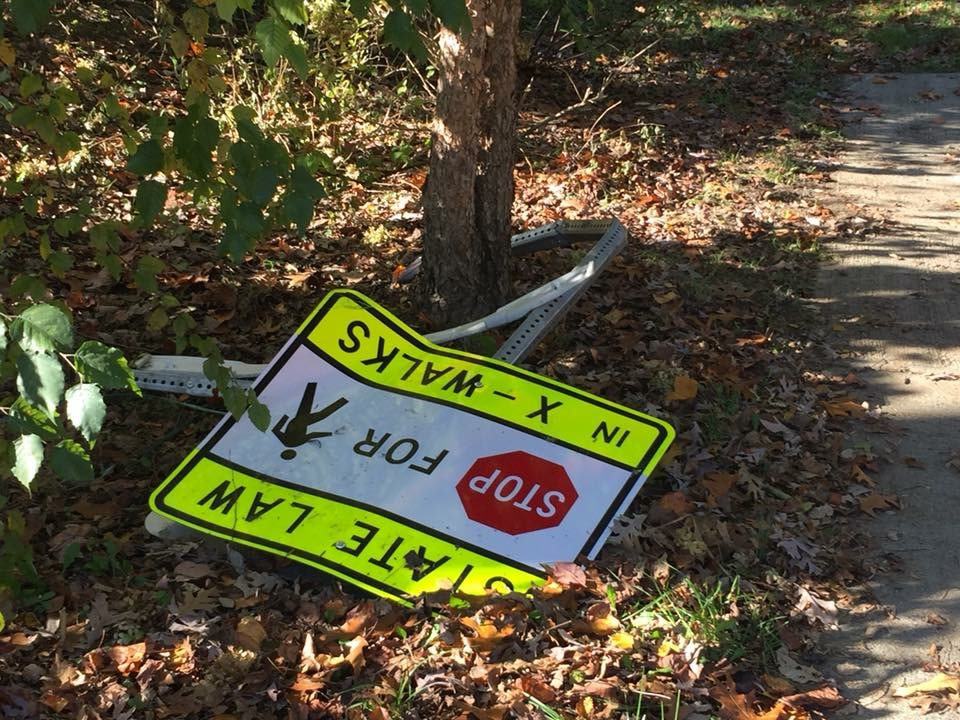 Many of the accidents on Dale Drive involve hitting a stationary object. Photo by Julie Englund.

A group of Woodside Park and Woodside Forest residents, joined by others, have formed the Dale Drive Safety Coalition to urge the county to address longstanding safety and traffic issues on the former state road.

Corinne Hart, co-chair along with founder Alain Norman, lives on Dale Drive and has done a lot of walking since moving in last summer, first alone and now with her child in a stroller.

“You only have to walk on the road once to immediately realize how incredibly unsafe you feel when you’re walking on the road,” she said.

“Anyone who goes on the road I think instantly feels, especially on our section between Colesville and Georgia where there has been no intervention at all, that it’s very unsafe,” Hart added.

She began looking into the issues, including the history of the area’s problems, and found additional interested neighbors, including Norman, who started the Facebook group.

The group then began to reinvigorate, as Hart put it, efforts to get funding for improvements to their section of Dale, which never got enhancements such as the pedestrian refuge islands on the stretch east of Colesville.

Among the supporting documents developed by the coalition is a presentation Hart put together to both illustrate some of the problems and advocate for solutions. The issues she outlined include (quoting from the presentation):

She also gathered some statistical information to back up the group’s arguments, including 11 accidents on Dale in 2017, and very few citations for speeding were issued that year.

Hart pointed out that while a county speed camera was set up on Dale between March 2008 and November 2009, 1,209 speeding citations were issued, included 87 tickets in one day; many drivers were cited for going more than 50 miles per hour.

The coalition has a list of immediate interventions they’d like to see, including installing pedestrian refuge islands in crosswalks, build curb extensions, bulb outs and other traffic calming measures, and making shoulders usable (which she said the county has promised to do this summer).

“There are things that could be done immediately that are presumably not that expensive, for example, some additional signage [and] redeploying the speed camera,” Hart said. “We need it to be either permanent or rotated there on a very continual basis.”

Long term, the group is asking for the county to create a comprehensive strategy to address the issues they’re raising, and Hart recently testified in support of funding for the effort to be placed in the Capital Improvements Program.

Since the coalition was formed, Hart wrote in an email:

“What I’ve emphasized in my messaging to the county is that every day that goes by, those of us that use this road, our lives are in danger because of how—it is really that dangerous,” Hart said. “It truly feels like you are unsafe when you’re on the road, in any way, even if you’re in the car.”

Hart with her daughter in a stroller, part of a walking group forced into traffic by the poor condition of the Dale Drive shoulders. Photo by Evan Wentworth. 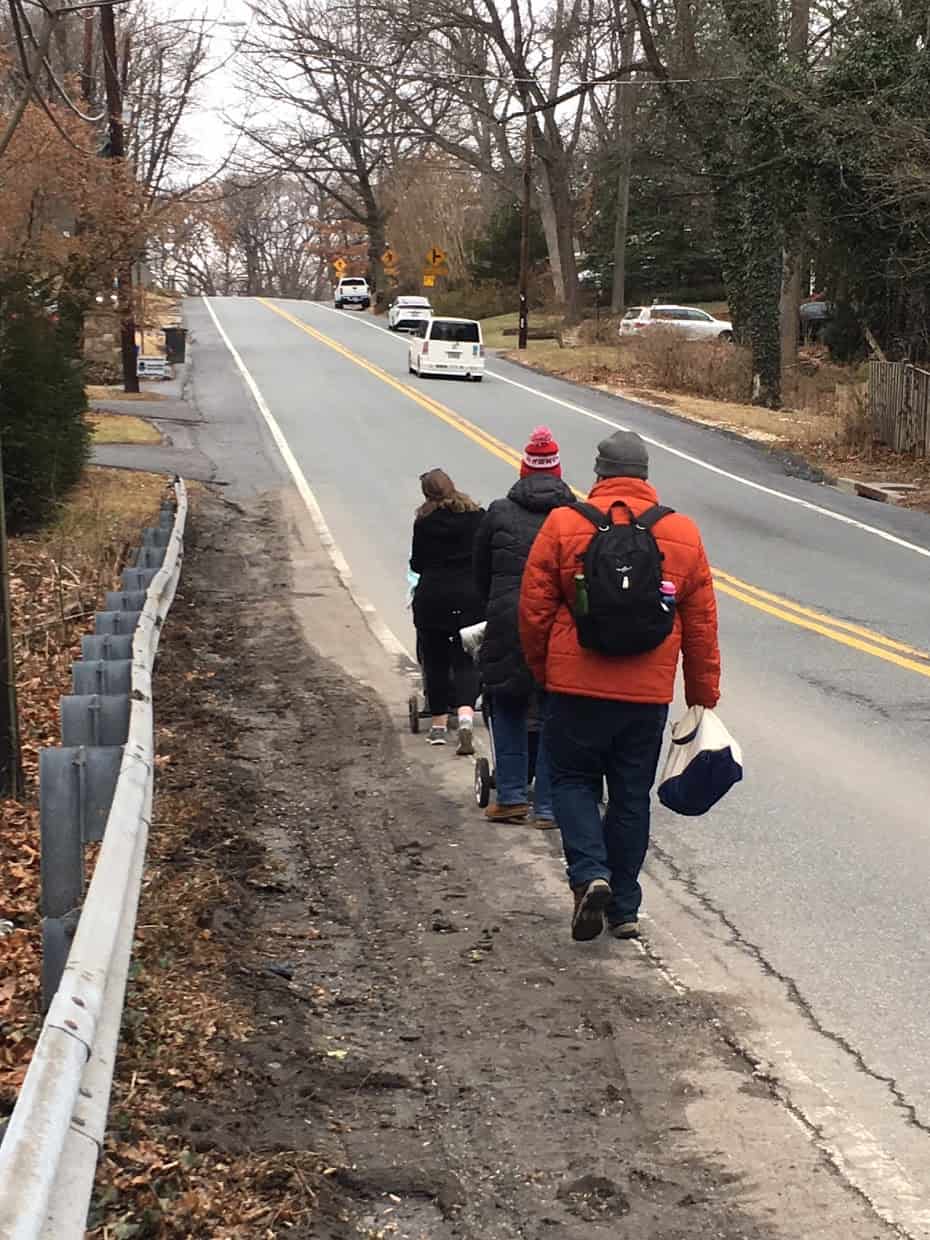