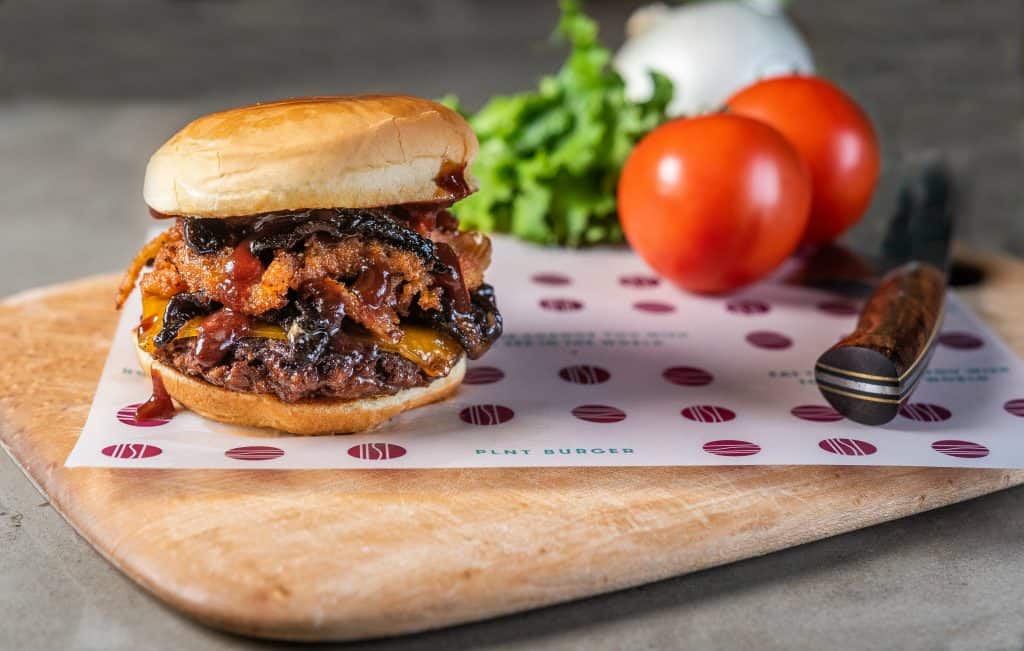 PLNT Burger — the vegan burger brainchild of Top Chef alum Spike Mendelsohn — is planning a major brick-and-mortar expansion in 2021, according to a report from VegNews.com.

The first PLNT Burger location opened inside the Whole Foods Market at 833 Wayne Ave. in Downtown Silver Spring in September of last year. Since then, Mendelsohn has expanded the concept to seven locations inside Whole Foods Markets in the Washington, DC metropolitan area, as well as in Pennsylvania.

“PLNT Burger has proven itself as the first successful fast-food chain to serve up only plant-based foods that taste as delicious as its competitors,” Mendelsohn said to VegNews. “Whereas our focus will always be on creating planet-friendly food that is accessible to everyone, our number one goal is to give our customers the best-tasting burger on the planet and for the planet.”

“He slipped a little cooler under my chair at the panel and he said ‘Take these home, grill them up and let me know what you think,’” said Mendelsohn last year (who married a vegan, as it happened).

“I realized there was going to be a conflict of interest if I became involved,” Goldman said since he’s an employee of the Coca-Cola Co. (which bought Honest Tea) as well as working with Beyond Meat.

“The idea was 100 percent plant-based, but we really didn’t want to preach that we’re vegan or vegetarian,” Mendelsohn said. “We want people to know us as PLNT Burger and deliciousness.”